In Love for Fifty Years 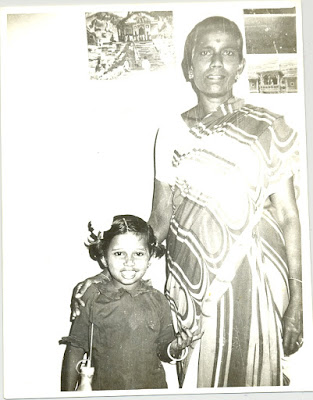 ………. A journey through five decades of togetherness till deathbed

My earliest memories of my grandmother are when I was in my second grade and I would eagerly wait to meet her during my summer vacation. I remember how I and my mother would board the train from Pune to Chennai (then Madras) alight at the Madras Central station and rush to Madras Egmore for the connecting train to Sivakasi – The Kutty Japan (Mini Japan) of India. It’s the place famous for crackers and safety matches industry.

Sivakasi is a small town in the South Eastern part of India. It’s very hot and humid all throughout the year with major water supply issues. My grandmother Chellathai was married to my grandfather Dharmaraj when she was just fifteen years old. He was ten years elder to her and was then a Tahsildar after having completed his bachelor’s in arts. She had lived a lavish life as the daughter of the village headman with sprawling fields, orchards and houses. She was the twelfth daughter to her father and had been his favorite. Grandma was never inclined towards studies and had managed to scrap through eighth grade after supplying her classmates some south Indian snacks and later sneaked into their answer papers. As a pampered child and all her interests fulfilled she found it difficult to adjust with the meager salary that her husband brought home. But that didn’t deter her from living a life with him and raising her family with whatever he brought home.  She bore her first child, my mother, when she was just seventeen. After which she had five more but only four survived. I always remember my grandmother as a tall stately lady with an imposing personality. Her hair would be braided in a long plait that would reach her hips and the loose end tied with a matching ribbon. Her sari well pleated and pinned. She would always ensure she was well dressed and carried herself with poise and dignity. Wherever she would go, be it a naming ceremony, marriage, betrothal or get together she would be the cynosure of all eyes. People would crowd around her and they would be involved in all the gossips of the world. My grandmother would always be available for free advice. She was the magic magpie who always had a shoulder for the needy and a patient ear for the discontent. Throngs of people gathered for a free word and she would always be glad to give a piece of valuable suggestions on the way of life.

Last year just before Diwali Grandpa was admitted in the hospital due to breathlessness. It was diagnosed to be a case of mild attack and chest congestion. He recovered and reached home soon much to my grandmother’s delight. She called me up on Laxmi Puja to inform me that Grandpa is getting discharged the same day. I could hear the enthusiasm in her words as she spoke. She had wanted him to be beside her as always. But her happiness was short lived. Within few days of his return one afternoon after a heavy lunch Grandpa was seated on the chair while grandma as usual was on the bed. She called him couple of times but he didn’t respond. He couldn’t move his hands or legs; he was immediately rushed to the hospital and was diagnosed of brain haemorrhage. His limb movements and speech had been affected. When grandma heard of this she was heartbroken.  She waited for him daily and also waited for someone who could give her the good news of his recovery. She was bed ridden and couldn’t visit him at the hospital. Friends, family and relatives would feed her with the updates. But this time Grandpa’s recovery took its time. She missed him and also worried about his recuperation. She didn’t have her much desired and ever available partner near her. He wasn’t there to hold her and massage her legs in pain. Her partner of five decades who had always been with her was missing and she feared his well being. Most of all she wanted to be assured of his state. As the days passed by confined within the room, Grandma would go into a state of delusion. Calls from family and friends would lead to talks that didn’t mean anything. She would be in a state of trance. She doubted his recovery and return home. She feared she lost him. She developed fever and her body became weak.  By the time Grandpa returned home he was very weak and Grandma had gone into a condition from where her return seemed impossible. She couldn’t recognize people around her and her food intake had reduced drastically. She couldn’t understand if it was night or day, she had lost count of time. She breathed her last this February at seventy eight. A woman, who couldn’t come to terms with life in the absence of her husband after living fifty glorious years with him, such is the power of love.

It doesn’t matter if it’s a Love Marriage or an Arranged Marriage, Love and Trust are the emotions that keep a marriage ticking. Without them a marriage can’t be sanctified or lived through long.Marriages might be made in heaven but Love blooms on earth and this couple is an epitome of its being who have stood the tests of time. Miss you Grandma.

17 Comments on “In Love for Fifty Years”