Tips to travel to Germany 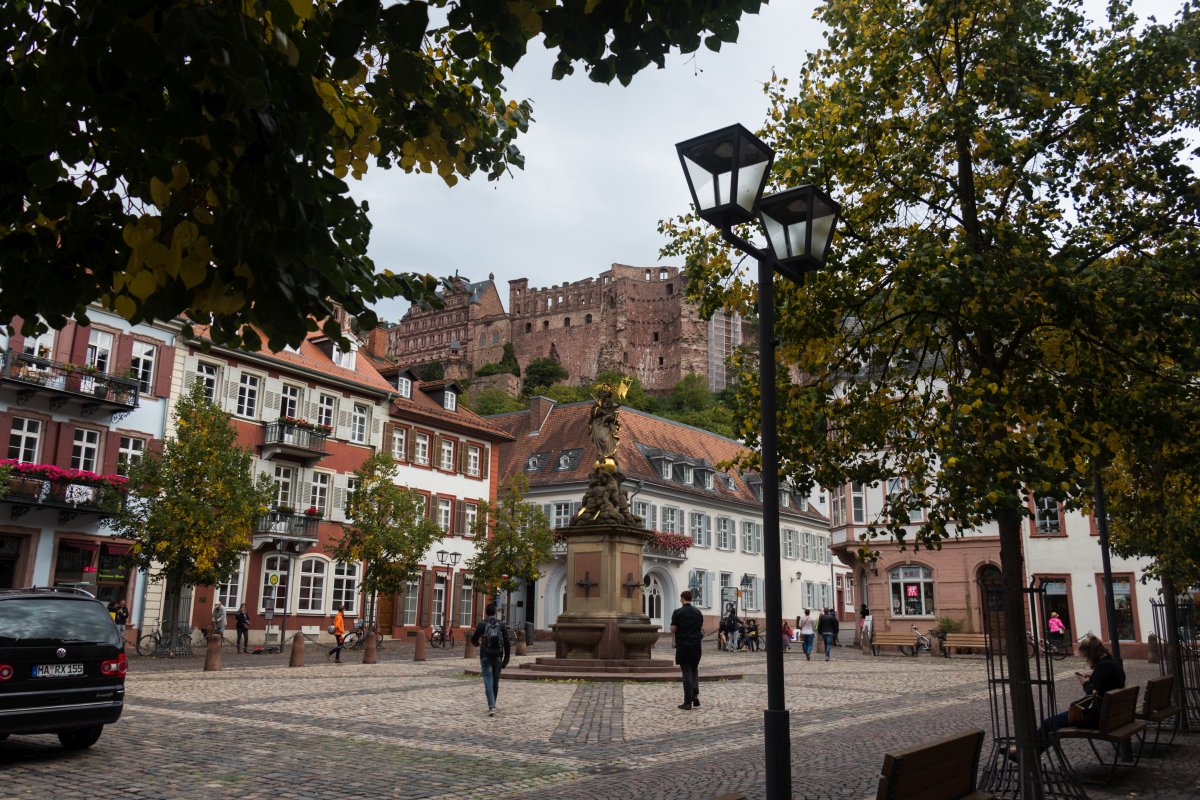 Travelling to Germany can be overwhelming for many Indians. I got to travel to Germany when the Refugee Crisis was at its peak. Having visited few countries in the European continent the Germany experience was unlike the others . In a city like London you would bump into Indians in many localities like Wembley, East Ham, Southall. Take the tube and chances are high that every fifth guy is an Indian. Indian restaurants are sprawled across the city and food is never a problem. Germany is a different ball game but with careful planning and some patience the German experience would be truly enjoyable. 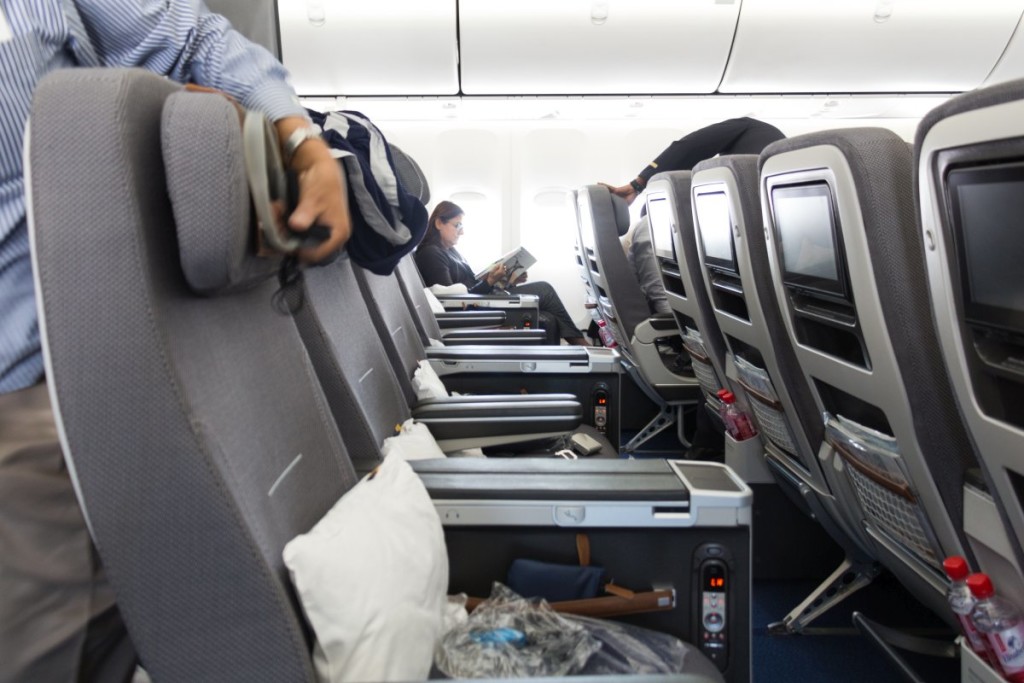 My flight tickets to Germany were sponsored by the Lufthansa folks after I won a blogging contest. Having experienced the premium economy class I was more than satisfied. With more leg space and an extra dose of hospitality, comfort it is an experience which should not be missed while flying Lufthansa. I had the Asian veg meal both ways with a glass of white wine. When I landed in Frankfurt airport I was asked to show my return ticket in the immigration counter. I hadn’t realised that my return ticket was 4 days after the expiry of my visa. The official at the counter pointed it out to me and asked me to update my booking only after which I would be allowed entry into the country. When I walked to the Lufthansa folks initially they took sometime to understand the contest and its prize but later they gladly changed my tickets without any extra charges. Currently the premium economy class has been launched in flights flying from Bengaluru, Mumbai and New Delhi. If you are flying to Germany do not miss a chance to fly the premium economy class. 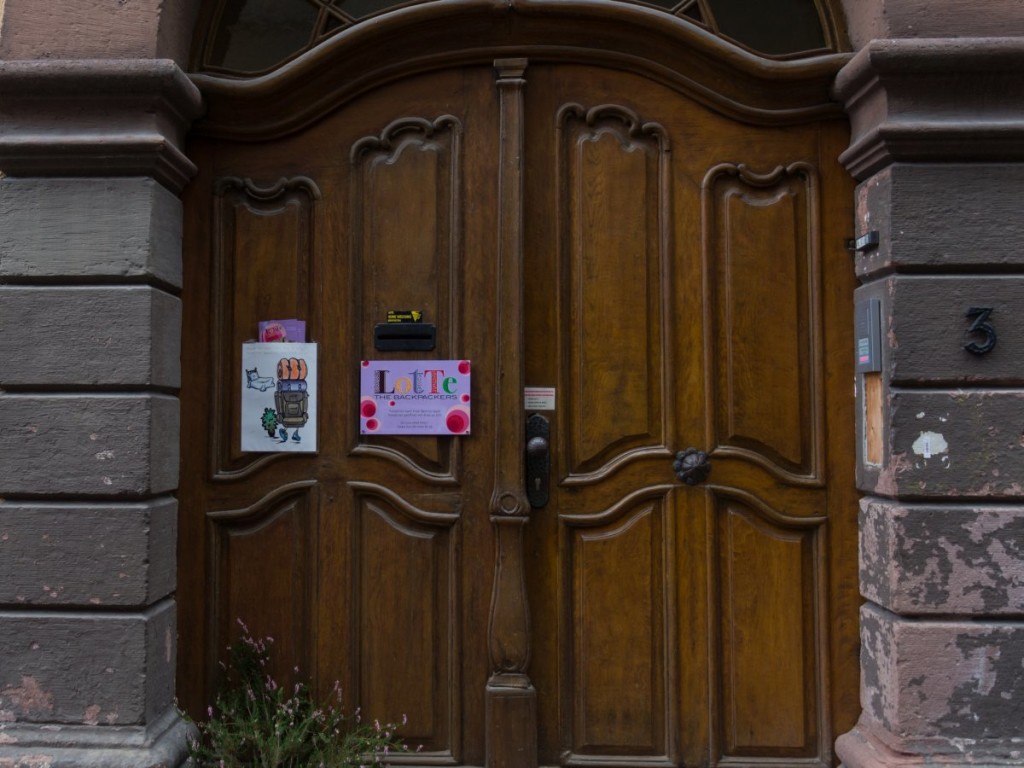 As I was backpacking alone across Germany and Austria I chose to stay in hostels and airbnb accommodations. Both experiences were my first and I was happy with them. At Heidelberg Lotte – the backpackers hostel was cosy and quaint with a charming host Carmen to answer all my queries. Lotte also offered cereals, milk, tea and coffee for your morning breakfast. For the uninitiated there are mixed dormitories and female dormitories in the hostels across Europe. The stay is cheaper as compared to hotels and you definitely do not go heavy on the pocket. When in Berlin I stayed at the Wombat’s Hostel it costed me 85 Euros for 4 nights.  I found a friend in Steff when I stayed at her place in Augsburg  through Airbnb. I am still in contact with her and would definitely go for another airbnb experience given a chance. Some places like Munich could turn out to be costly especially during Oktoberfest. I decided to stay at Augsburg which is around 30 minutes away from Munich by train. It turned out to be a lot cheaper and I also got to explore another town. 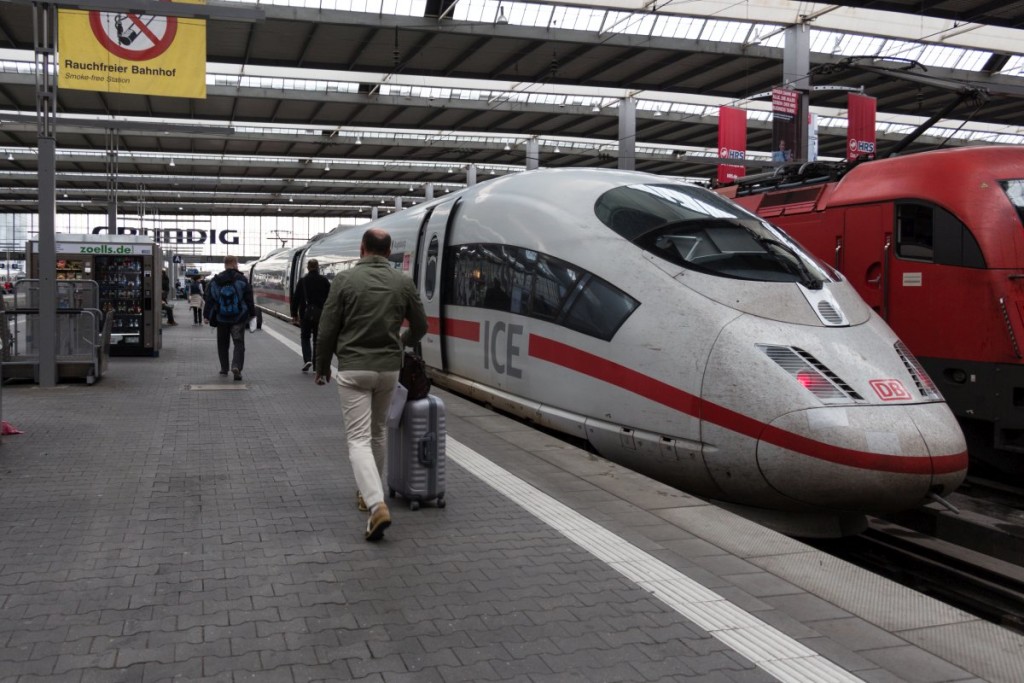 There are numerous trains, buses and cabs available to travel across Germany. The rail network is fantastic and the trains run prompt on time. After much analysis and research I decided to take the Eurail pass to travel across Germany, Austria and Czech Republic. There are numerous Eurail passes available like the regional pass, 4 countries pass, global pass and the one country pass. Based on the duration and the countries visiting one would have to figure out which is the best possible pass. When I approached the travel agents in India for booking the Eurail pass they offered me by default the 4 countries pass. But when I actually put in some time and effort I found that a combination of the European East pass (travel to Czech Republic, Slovakia, Austria and Hungary) and German Rail pass was cheaper. I placed my order at www.raileurope.co.in and the passes were delivered in 3 working days. It is also better to reserve your train seat in advance while travelling in trains that cross borders. As you consume the pass you need to enter the date on the pass. The passes come with a validity and number of days that one can travel. I would recommend visiting Rick Steves and Seat 61 for a better understanding of travelling across Europe by train. The long distance trains have two types of seats one which is reserved and the unreserved which can be occupied if empty. If you are not travelling early in the morning and the journey is during the day time it is recommended to reserve your seat in advance so that you do not end up standing throughout the journey. In some of the trains reservation is mandatory and it is better to book them in advance. 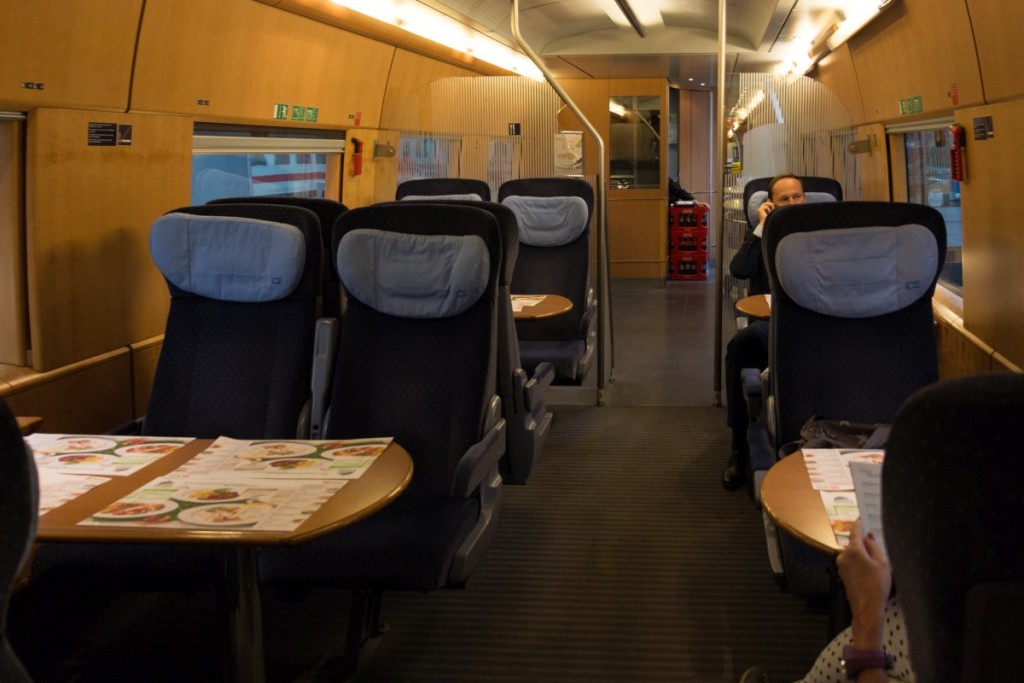 Dining Car in the train

In case you have a fixed itinerary and if point to point train tickets work out cheaper I would suggest skip the Eurail pass and buy the train tickets well in advance as they might turn out to be costlier closer to the travel date. Germany’s Bahn (rail site) is always up to date and gives the latest information. In fact when I was travelling to Austria and from Austria back to Germany I always referred to it and found that trains that were cancelled due to the refugee crisis were listed and updated on a regular basis. These guys were also prompt on twitter (@DB_Bahn) as they responded to my queries. 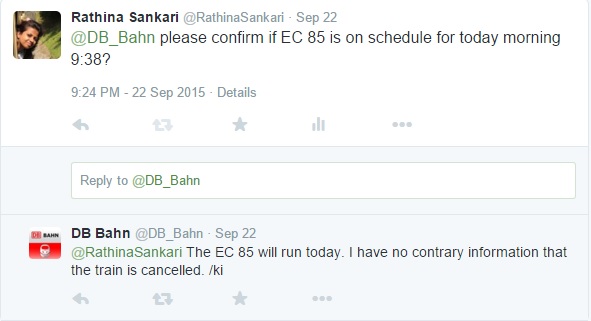 Most sign boards are in German language in Germany and I didn’t attempt to drive across the country by renting a car.

Is it safe to travel alone to Germany? 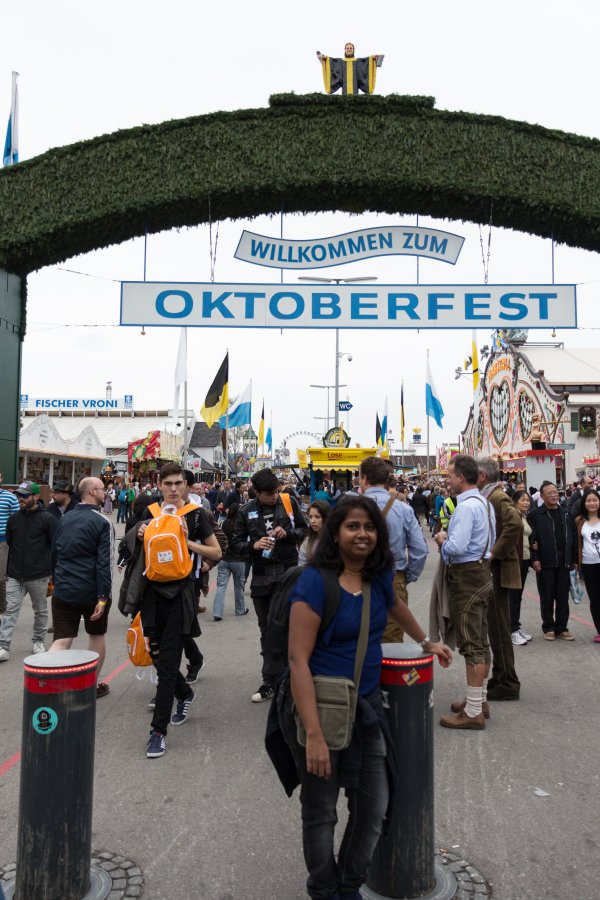 At the Oktoberfest in Munich

I was comfortable throughout my stay in Germany and never once felt unsafe.  The locals were very helpful and whenever I approached them I always got a eager ear and a helping hand. Despite facing language problems as many Germans do not speak English I was able to converse with them easily in sign language. Once when I approached a lady in a train station to understand the way she enacted the entire route to me by stomping her feet to show climbing of steps and waving hands for turns.

As I was travelling alone I had done my homework as regards stay, travel and places to visit. I stayed at places which had positive reviews and gave me a comfortable feeling. As I backpacked across the country I felt the need to spend more than the fortnight that I had planned. Given a chance I would definitely pack my bags and explore more of this wonderful country. 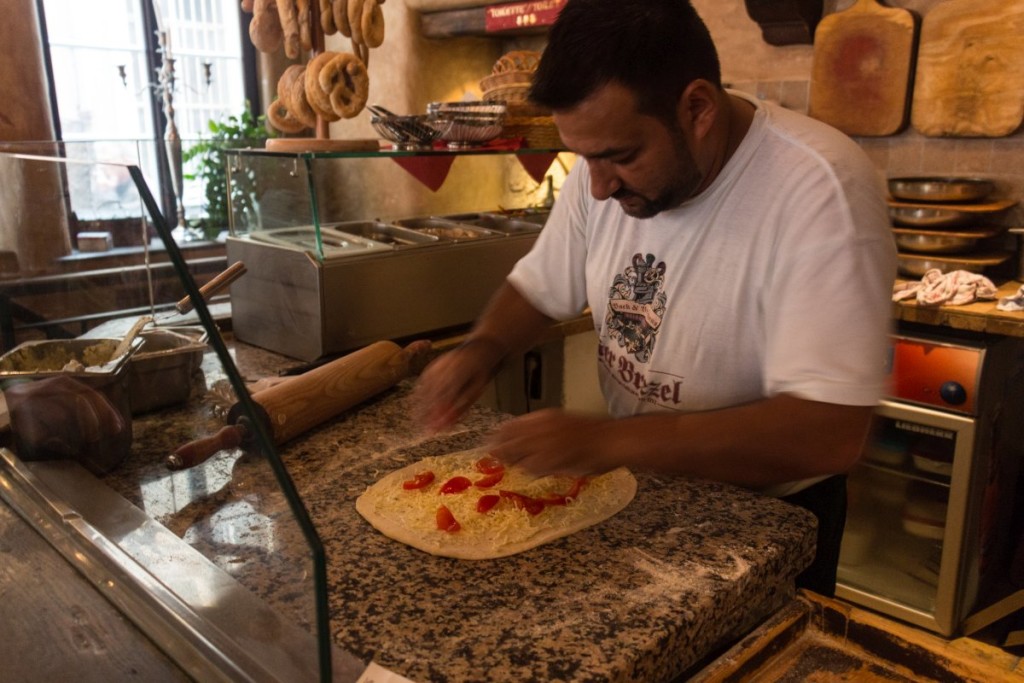 Germany is mostly a meat eating country. Sausages, beef and pork are commonly had by the locals. Though I am a non vegetarian I have been able to ingest chicken and lamb meat only with a very brief experience of the pandi curry in Coorg. But Germany does have other options to indulge your taste buds. Flammkuchen a stone oven flat bread and Kässpätzle – a cheese “Spätzle” which is a type of noodle are some of the vegetarian options. I also dug into Schnitzel a very thin, breaded and pan fried cutlet made from veal. Do not forget to try the ubiquitous pretzel with a glass of beer. 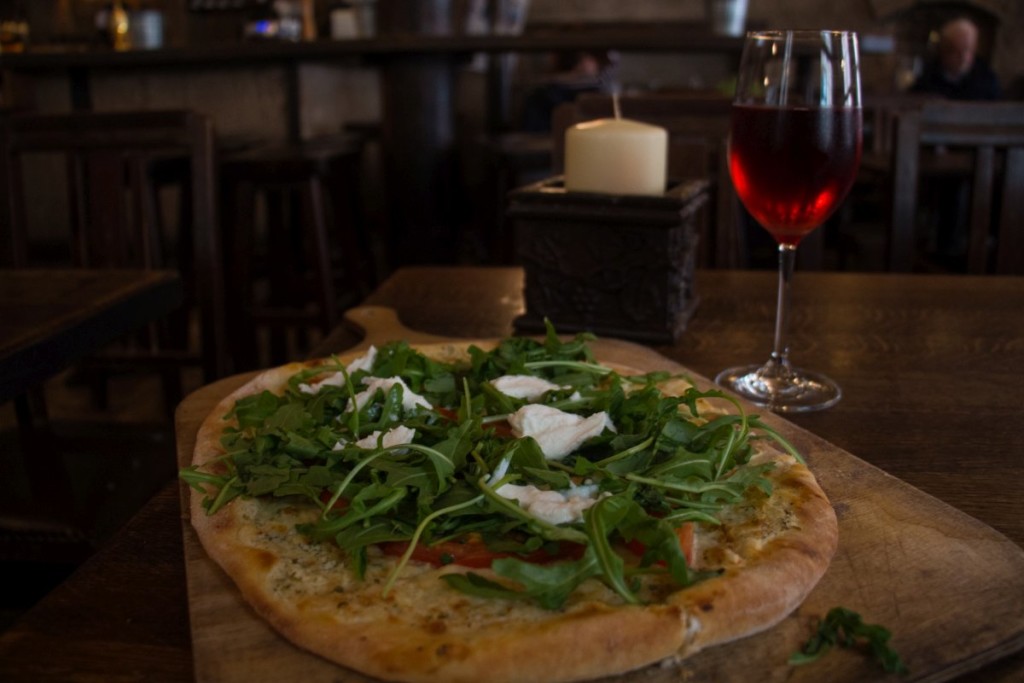 When in Germany I would spend around 20 Euros for two meals on a daily basis. Travel had mostly been taken care of with the Eurail passes that I had bought in India. I didn’t buy a Germany SIM card as I was staying only for two weeks and all accommodations had WIFI. So I could call back home through Whatsapp. Carrying an empty bottle and refilling on the go helped me cut on the water expenses. Tap water is safe to drink when in Germany unless otherwise stated. On an average I spent around 35 Euros a night for stay.

Places to visit in Germany 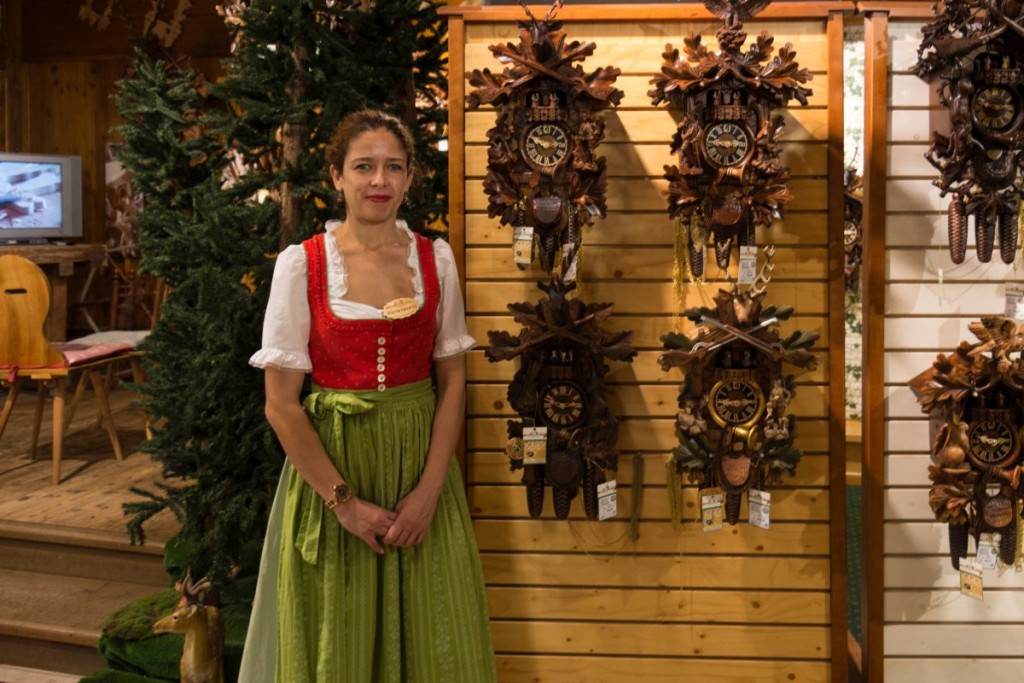 Local girl dressed in dirndl in a cuckoo clock shop

I would highly recommend Heidelberg for its exquisite beauty and old world charm. If you love hiking then Black Forest is an apt destination. Bavaria the richest state of Germany is costly but beautiful. Berlin has a great deal of history and 5 days wouldn’t be enough. There is loads for every kind of traveler in Germany you just need time and interest, rest would fall in place.