Cooking for a Tyrolean family in Innsbruck

Posted on September 27, 2015 by Rathina Sankari 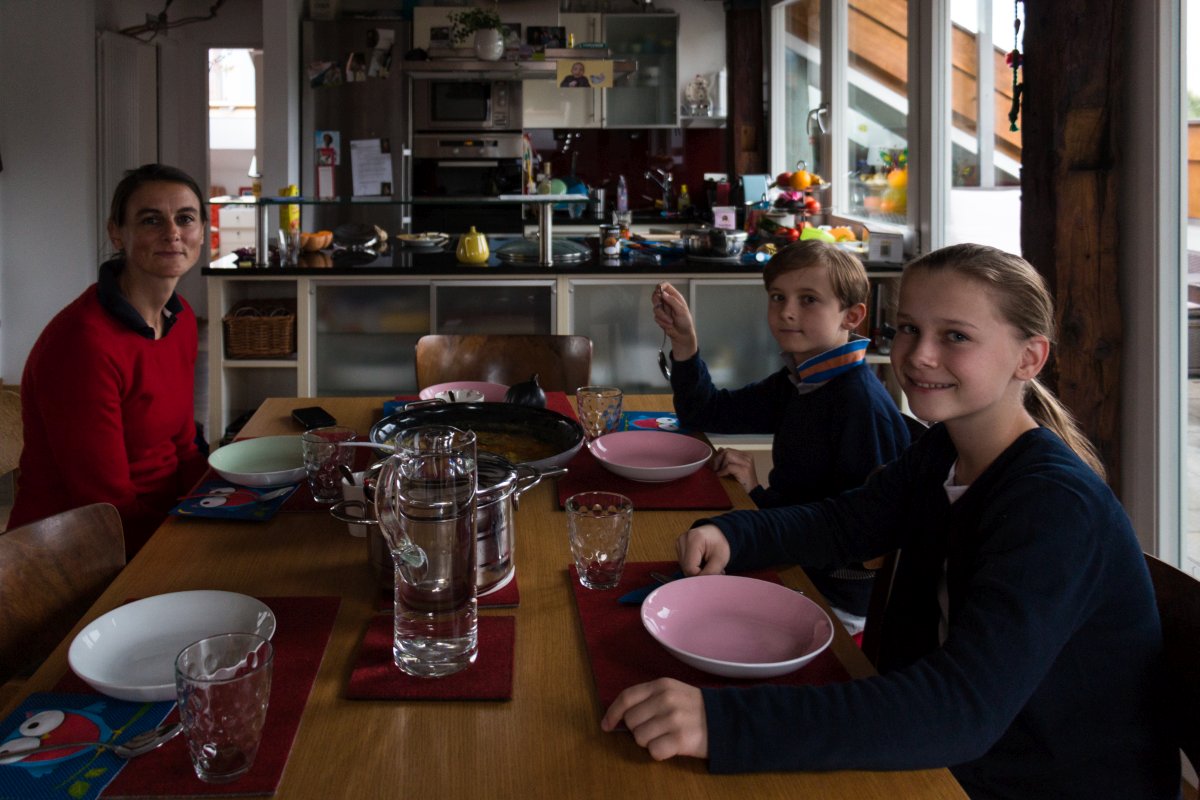 I reached Innsbruck after loads of apprehensions considering the fact that it wasn’t advisable to travel towards the East European regions due to the refugee situation. When I inquired at Augsburg train station in Germany I was told by one of the BAHN officials, “It isn’t safe to travel to East Europe now, trains are getting cancelled. Yesterday trains from Germany didn’t operate to that side but today it is operating you never know the situation two days later when you are planning to travel. It isn’t advisable to travel now,” said the concerned guy.

His words did leave me disturbed. I was confused and worried about my trip to Austria. I wasn’t sure if I would be able to travel back to Germany from Austria. I took a train to Munich from Augsburg as I was visiting the Oktoberfest. i walked to the BAHN office and stood in the queue to gather information about trains from Germany to Austria. A senior BAHN official approached me and asked me my concern. I repeated the story that the Augsburg official had said and was in for a surprise. The Munich official exclaimed in a fury people are exaggerating and there is no truth to this. All trains from germany are currently operating to Austria and returning back to Germany. The only route where train isn’t operating is Munich to Salzburg due to the refugee situation and border control enforcement, none of the other routes have any issue. If my daughter would ask for my permission I would gladly allow her to travel to Austria, it is another matter that my twenty eight year old daughter never asks me for my views said the confident official. His words gave me all the much needed assurance. I decided to venture and test the turbid waters and give it my best shot. 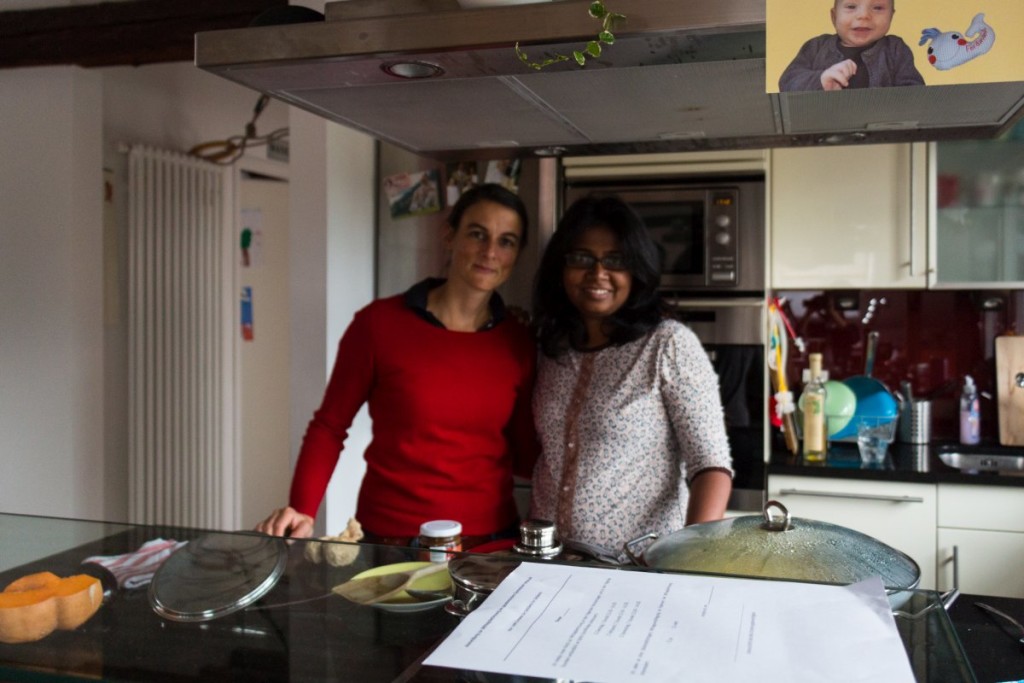 I reached Innsbruck on a rainy day and checked into Hotel Nala, a quirky place in the city center very close to the train station. Shortly at 2 p.m. Andrea Werwitz my guide during my stay in Innsbruck visited me at my hotel. A lady who is extremely caring and loves her town dearly, she showed me around Innsbruck for the one and half days that I was in the town. When she got to know that I had a bad throat and was coughing continuously thanks to a flu when in Triberg she took me to the chemist and bought me medicines. When she got to know I am a South Indian and we do prepare sambar back home she narrated her trials that weren’t quite successful. She had learnt to prepare sambar when she took a cooking course during her visit to Sri Lanka but she wasn’t satisfied with the outcome back home. Looking at her interest I offered to teach her to cook sambar. 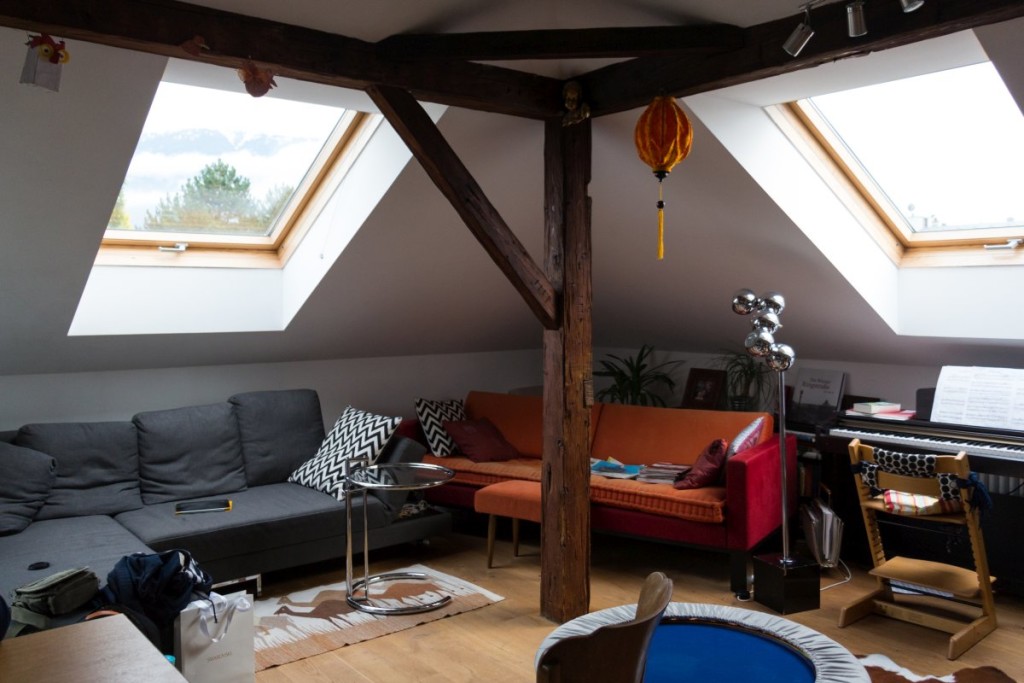 And so after a long day touring the various destinations in Innsbruck, I returned to the train station to find Andrea waiting for me. First we visited a shop selling Asian goods and bought some tur dal or pigeon peas and sambar masala. The store had MDH sambar masala, though my personal favorite is Sakthi masala I had to be content with the one in hand. Andrea whisked me in her car to her beautiful home on the fifth floor. I was welcomed by her son who was shy and not very comfortable seeing a visitor. But her daughter who arrived later from school and knew English opened up very well. The kids are adorable and a wonderful lot. I soon started chopping the vegetables and set the kadai on the stove cooking the sambar with the aroma of the dish wafting around the house. Andrea’s son was surprised to see me clicking photographs of the sambar. He asked Andrea the reason for the same as he was of the opinion we Indians cook this dish regularly so I shouldn’t be taking images as if it were a special dish. I replied to him this dish is special for me as I was cooking for the first time in my life sambar is Austria and that too in a Tyrolean house. 🙂 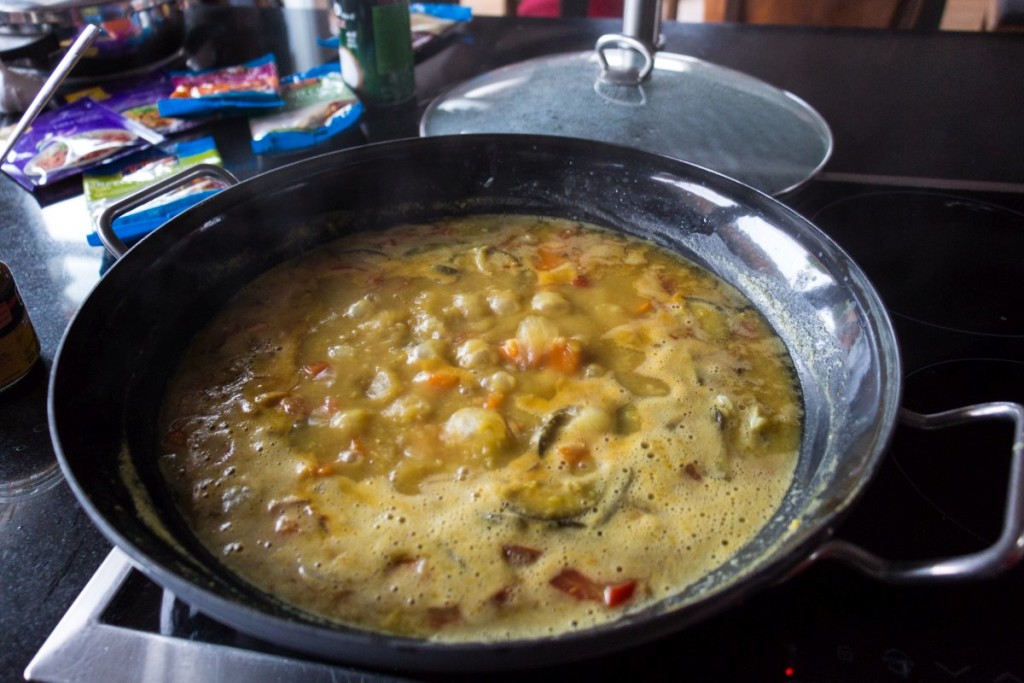 Sambar being cooked in Innsbruck at the Werwitz’s home

With the rice and sambar having being done we set the table as Andrea’s son was famished and craved for food. As soon as we were seated Andrea’s husband arrived home and soon joined us on the table. I was surprised to find him early home , it was just 6 p.m., talk about work life balance. On that day the dinner for the Werwitz family was sambar and rice only and from the looks of it they thoroughly enjoyed it. I had a Tyrolean cultural night with dinner to attend at the Sandwirt restaurant by the Gundolf brothers, so I just about tasted the food. The Werwitz are a wonderful family, very hospitable and friendly. Andrea later dropped me at my hotel so that I wasn’t late for the Tyrolean cultural evening. As for me I wished I had more time to spend in Innsbruck so that I could probably have learnt one or two of the Tyrolean dishes from Andrea. Well there is always another time, doesn’t it give me a reason to return to Innsbruck? 🙂

5 Comments on “Cooking for a Tyrolean family in Innsbruck”