Posted on September 17, 2016 by Rathina Sankari 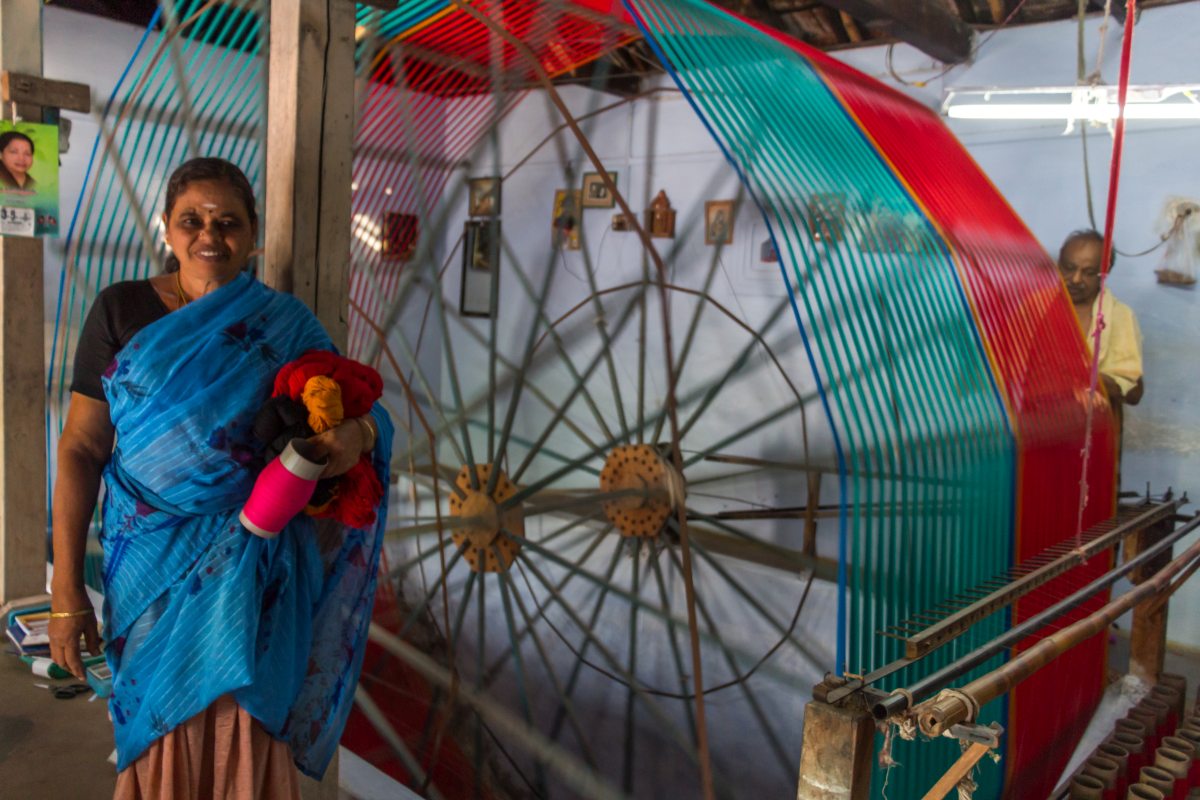 Forests are the lungs of our eco system. So very true and apt. I had read this signboard on one of my trips to virgin Valparai. Nature is indeed god’s gift that needs to be cherished, loved and replenished time to time.  Make mention of forests and Pollachi does strike a chord. I frequent this small town on the foothills of Anamalai every year as it’s my husband’s hometown. Over the years in these whirlwind trips apart from meeting up with relatives I have visited Valparai and Top Slip. With a vast green cover, wild life and pleasant weather Pollachi has always reinvigorated me. Waking up to the fresh morning air as the palm trees dance to the tunes of the cool breeze,  watch the peacocks strutting around the fields and then go on a long drive through the canopy of trees into the hinterlands as streams gurgle and nature is bountiful. Pollachi has always been the place to recharge my sapped soul from the city. 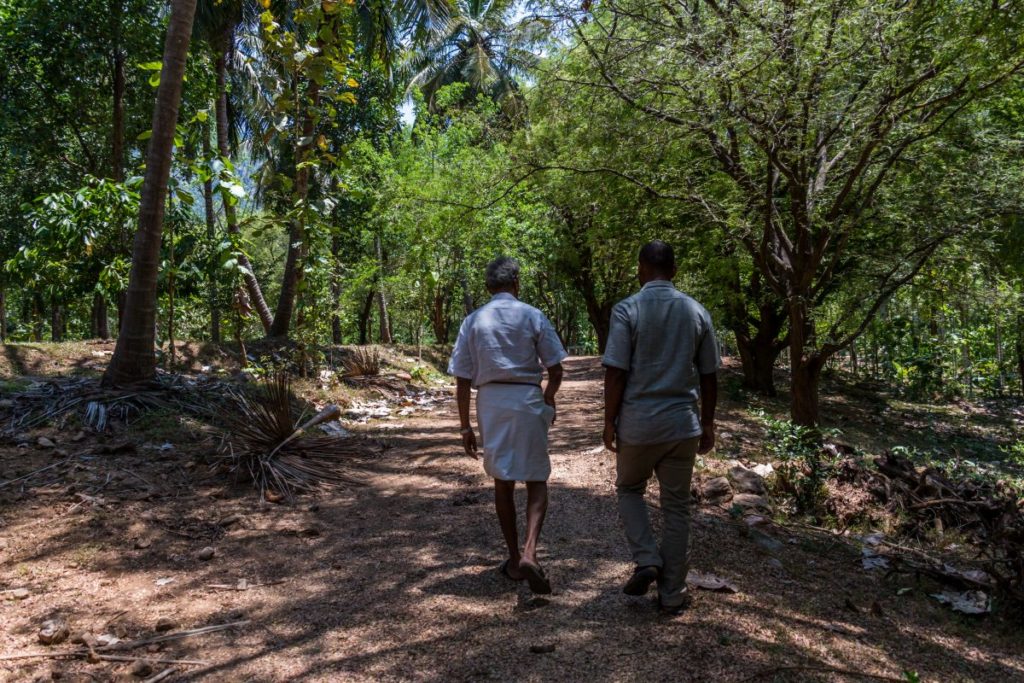 But little did I know that this town has some hidden treasures which had always missed my eye. I signed up with Thadam (offers customised experiences for travellers) and took on an unexplored path into uncharted territories near Pollachi. My first stop was at Santosh Farms an organic farm located at Narikalpathy area of Kaliyapuram Village. The owner Mr Madhu Ramakrishnan, a man whose words speak volumes about his love for natural farming has been educating farmers in the region to change to natural farming. Having worked in the agriculture engineering department of Tamilnadu and also done chemical trading he dumped cartloads of chemicals into his farm in the initial years. A course conducted by Masanabhu Fukhoka, the father of natural farming was a life altering event which encouraged him to try his hands on this unique agriculture technique. It took him ten challenging years to convert it into a natural farm. Madhu introduced me to the concept of multilayer farming and its advantages like wind breakers, maximum utilization of natural resources, improved yield, better returns and mulching. It was here I learnt the basics of this field of agriculture which doesn’t require tilling and weeding. He has not just restricted himself to agriculture in his 50 acre farm but also manufactures handmade soaps and virgin coconut oil. This tour was one big learning experience as I was introduced to the various concepts of farming, soap making and oil extraction. 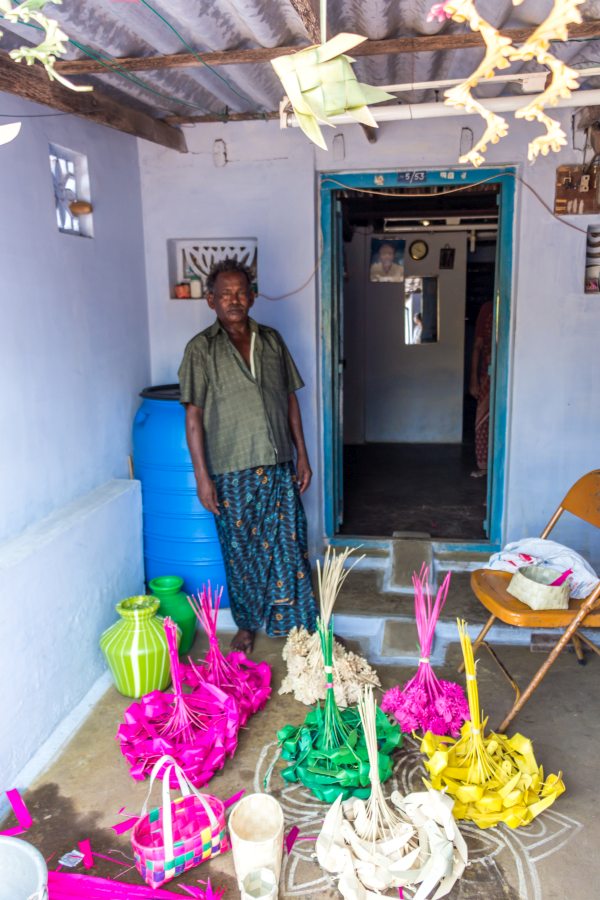 Our next stop in the Thadam itinerary was at Krishnaswamy’s home at Bodipalayam. A man who leads a simple yet contented life and follows the philosophy less is more.  His magical hands work deftly on palm leaves to create beautiful work of art in a jiffy. Colourful parrots, fishes, flowers and torans which are used as decors for festive occasions and marriages by the zamins of the villages carry his stamp. He patiently explained to me the process of drying, moistening and dyeing the harvested palm leaves which are pre-requisite for crafting these wondrous creations. He also takes orders for weaving baskets and pen stands in different shapes and sizes. He sure is one busy man who finds life’s pleasure in simple things as making these curios. 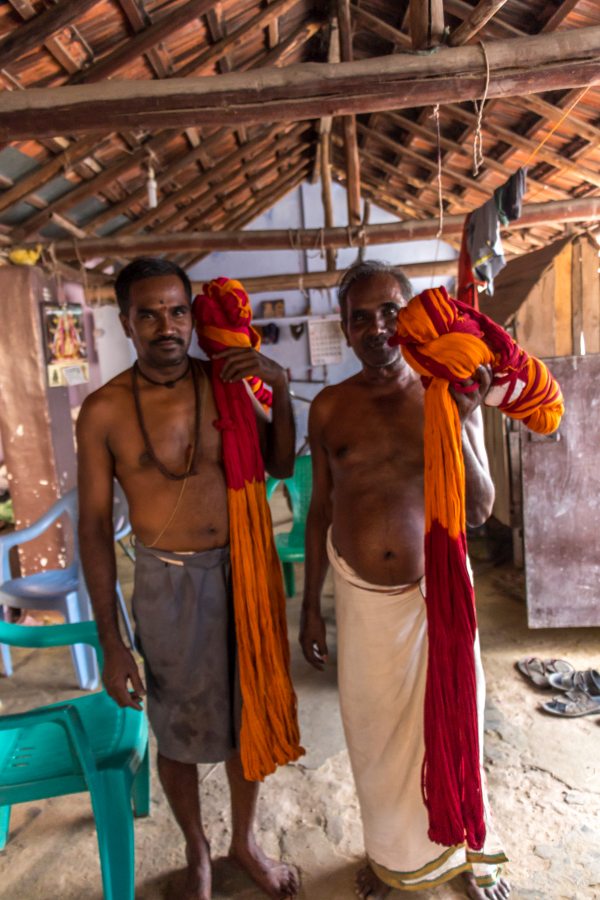 Tamilnadu is well known around the world for its bright, colourful silk saris like the Kanchipuram with intricate and bold motifs. But little did I know Negamam (last stop in the itinerary) a hamlet close to Pollachi is the go to place for some beautiful cotton hand weaves. As I walked around the village at first sight it didn’t seem any different from other villages in Tamilnadu but few steps ahead I was greeted to the sounds of clickety click and dying of clothes. The entire street was buzzing with activity. The Arumugam’s, a couple probably in their sixties gave me a warm welcome into their home as they opened up to tell me about their dietician son in Coimbatore and their daily job of stretching the spun yarn for 12 saris. It was interesting to connect with the friendly villagers as they spoke about their work and life. Next I visited Sivasami’s home a dyer who was working along with his brother dipping yarns into tubs of coloured water, squeezing them and later hanging them to dry. I watched them continue with this back breaking activity nonstop as Sivasami’s wife handed me a glass of tea. They sure did know how to welcome guests home however little they had. Sivasami then gave details about the dyed yarn which is later bleached and ready to be woven as it is laid on the loom. Krishnan who has been weaving all his life painstaking explained to me the jacquard weaving technique. The finished handicraft is then handed over at the local store Lakshmi Textiles to be sold to the end customers. It takes around 5 days for Krishnan to weave a sari depending on the design which fetches him nearly Rs.3000. His wife showed me one of his creations that was simple yet intricately beautiful.

My entire day had been spent exploring little known gems around Pollachi. These indeed are the riches of this region which not many know. Be it nature farming or art every place has a unique story to narrate that is mesmerizing and heart-warming. But the stars of my trip were the people of the expanse who were so open and welcoming it was indeed touching. I had a new found respect for the denizens of this place called Pollachi. Are you heading?

9 Comments on “Pollachi a treasure trove”