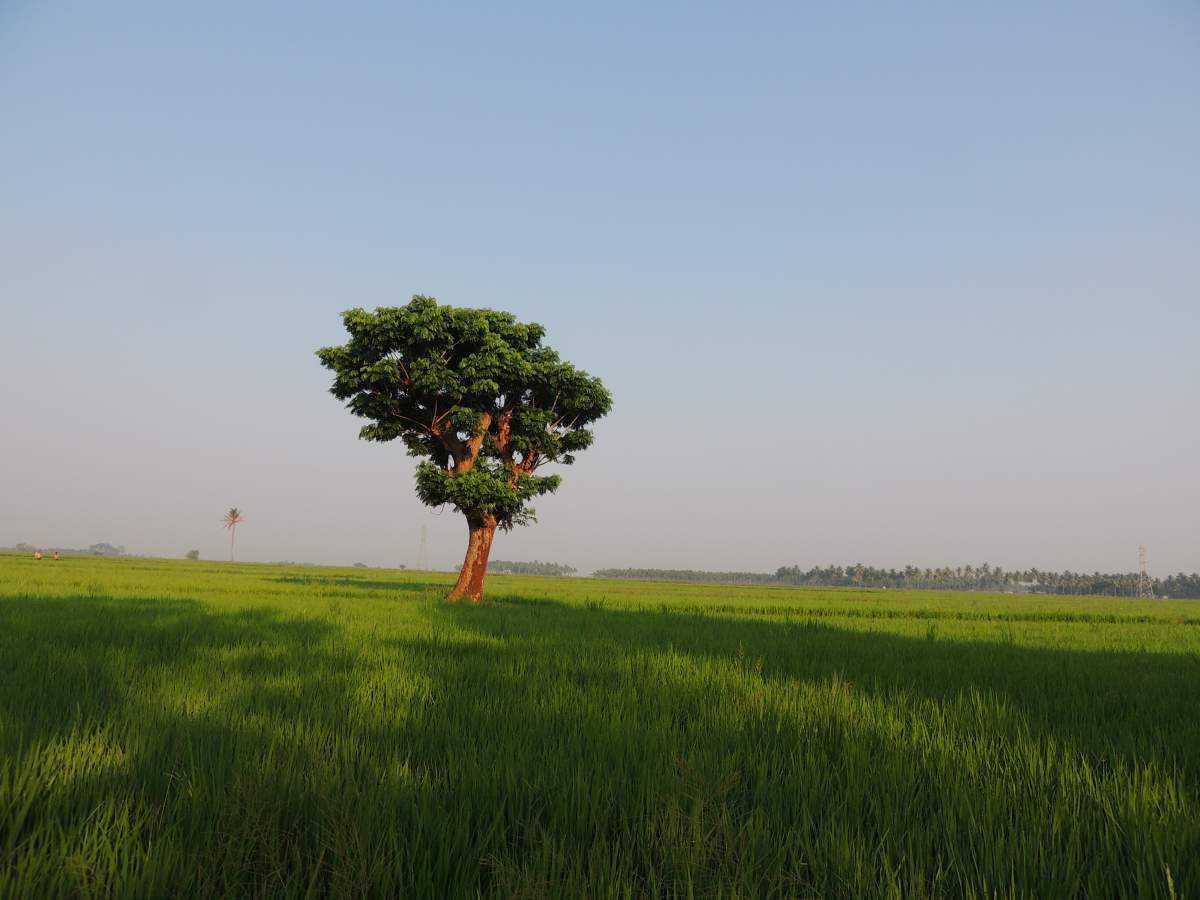 They swayed in rhythmic cadence like a woman’s long braid swaying around her hips as she walks gaily. The two trailers tethered to the tractor carrying sugarcanes were a sight to watch as they swayed and rumbled on the NH4. I had left Pune on a spring afternoon and was driving down the Pune Bangalore highway towards Chikmagalur in Karnataka. Acacia, Mimosa trees lined the highway with the harvested sugarcane fields in the background.

The sight of the windmills welcomed me at Belgaum. I looked around for the Niyaaz hotel as I had heard that it was well known for its Dum Biryani. Considering it was pre poll time vehicles entering and leaving any city were frequently being checked. We were stopped at multiple entrances as we drove around the city in search of the Niyaaz hotel. There are multiple branches of this food joint across the city and we headed to the one near the city bus stand. A large red board with the tag line The Best Kitchen invited us.

We were in for an early dinner considering it was just 7 p.m. but the hotel did cater to the dinner needs of the customers dripping in the off peak hours. We ordered Half Chicken Dum Biryani (they do have quarter option as well) and a platter of kebabs. All the varieties of kebab were chicken except for the mutton seekh kebab that turned out to be cold. The chicken kebab was not something to rave about. We then moved on to the Dum Biryani which again was not hot probably we had headed to this place at the wrong time. All in all my experience at Niyaaz was average and not fulfilling considering the fact that the cooks from Niyaaz are invited to places in and around Maharashtra like Kolhapur to cook for Muslim weddings. Having had my full we moved on from Belgaum.

The luxury of four lanes was limited and from Belgaum to Hubli it was a two way lane and this reduced our average speed. We moved on from Hubli and halted at Ranebennur for the night at Shree Nanda hotel a budget stay. It isn’t fancy but is good enough to spend a night. Early morning at 6 a.m. we left the hotel and hit the road. A small board denoting diversion on the highway to Shivamogga or Shimoga that goes unnoticed takes you off the NH4. The ride for the next thirty kilometers turns out to be rough, patchy and bumpy. But that is compensated with the beauty that you are surrounded by.

Rolling fields of sunflowers, paddy, and cotton, swaying coconut groves standing tall and reaching the limits are fit for the postcard. The greenery around is pleasing that brings about a freshness to the region and one’s soul.

The canopy of trees dotting the roads and the water gurgling down the small streamlets near the paddy fields is sheer delight. 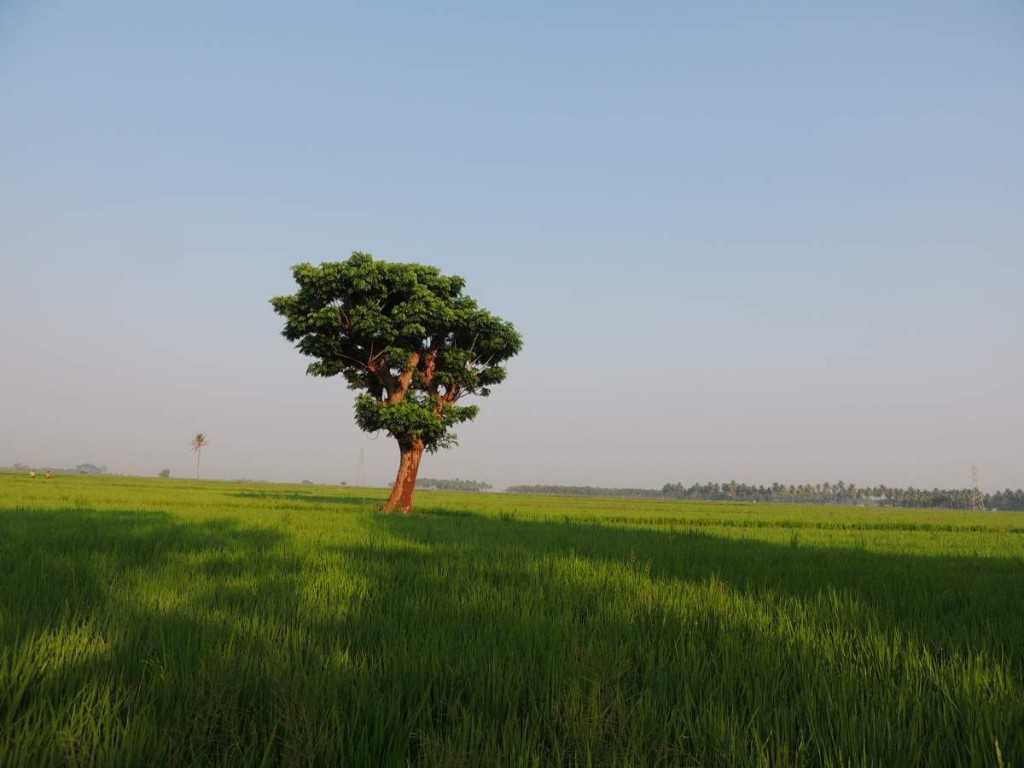 Mynas are found in abundance in this region and could be seen hopping around near the roads. I looked at the beautiful, yellow sunflowers swaying gently to the tune of the breeze and the bees swarming around.

I frequently stopped to savor the picturesque locales and drink its beauty. Scarecrows in the paddy fields, with the locals at work are a common sight. It isn’t a surprise that Shimoga is called the Rice Bowl of Karnataka.

Frequently you would stumble upon brick kilns with villagers working in and around it. This region is fertile as the rivers like Tungabhadra, Sharavati feed it in abundance. The entire stretch until Shimoga is an absolute pleasure for the shutterbugs.

We stopped by at one of the restaurants in Shimoga. An onion dosa (uttapa), sada dosa and one single medu vada sambar downed with two steaming steel tumblers of coffee was refreshing and fulfilling. The waiter came back with the bill and imagine our surprise all this for just 100 INR. Wasn’t that a steal?

Shimoga offers more than what meets the eye. There are many waterfalls like the world famous Jog Falls. Be there to explore nature’s bounty and get a taste of the North Karnataka cuisine.