Posted on October 1, 2014 by Rathina Sankari 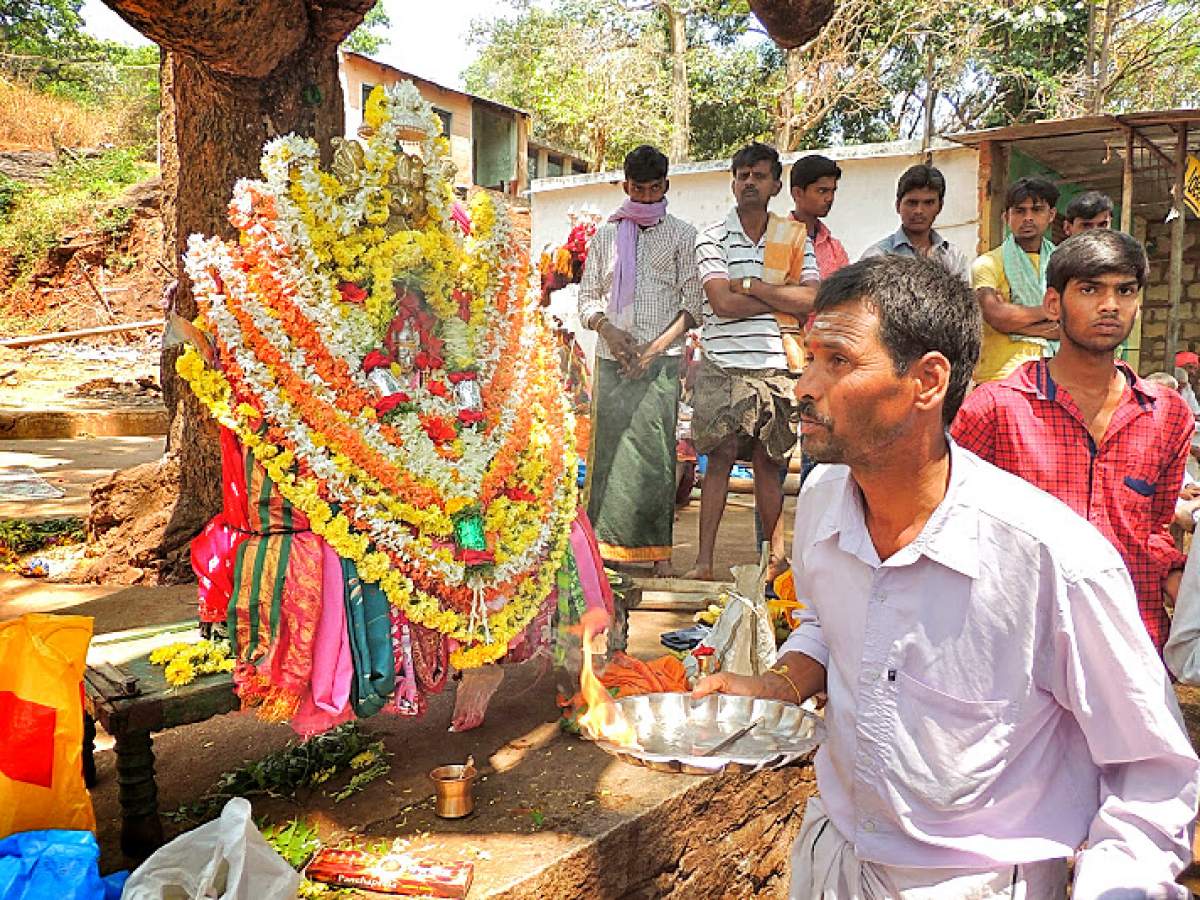 I had traveled by road in my Santro from Pune to Chikmagalur, the land of the younger daughter. The drive had been one that I had enjoyed completely, especially between Kolhapur to Shimoga with all the greenery of the paddy fields. There were many boards with the tourist map of Karnataka placed intermittently through the route. I found these were very helpful in terms of determining direction and also building onto my travel itinerary. 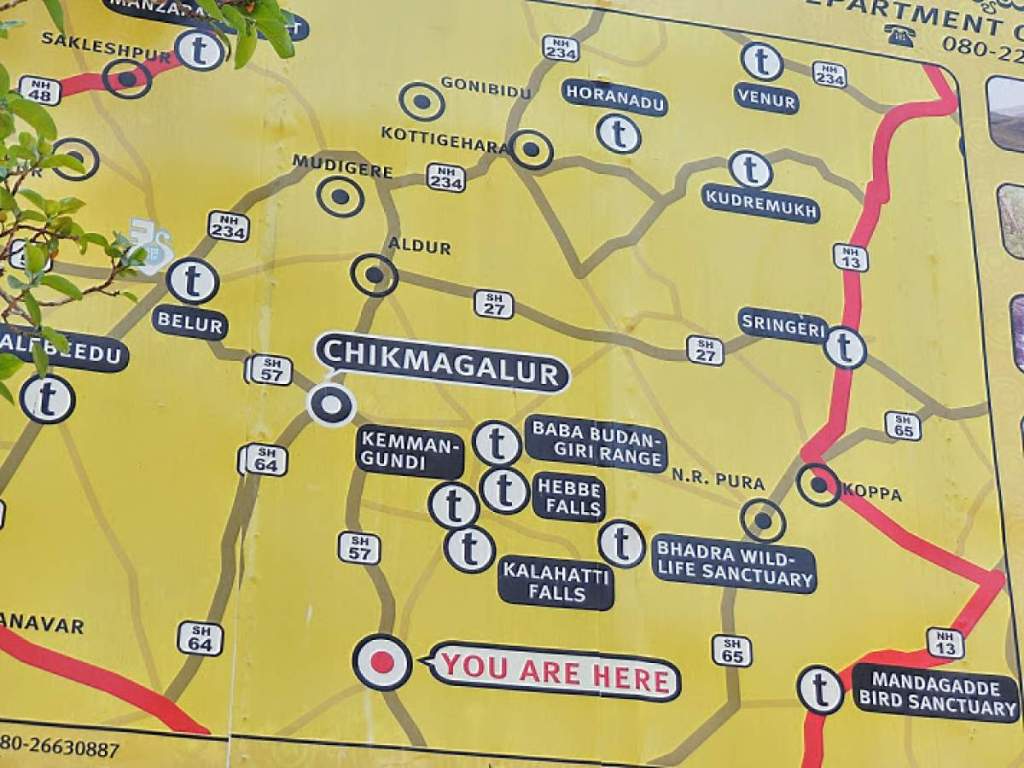 As I stood in front of one such hoarding I decided to visit the Kalahatti Falls a well known destination in Northern Karnataka. Surprisingly since I had left Shimoga the weather had turned scorching hot. The drive took me through some dry land with sparse vegetation to reach the destination. Legend states that Sage Agatsya had spent many years meditating at this place. 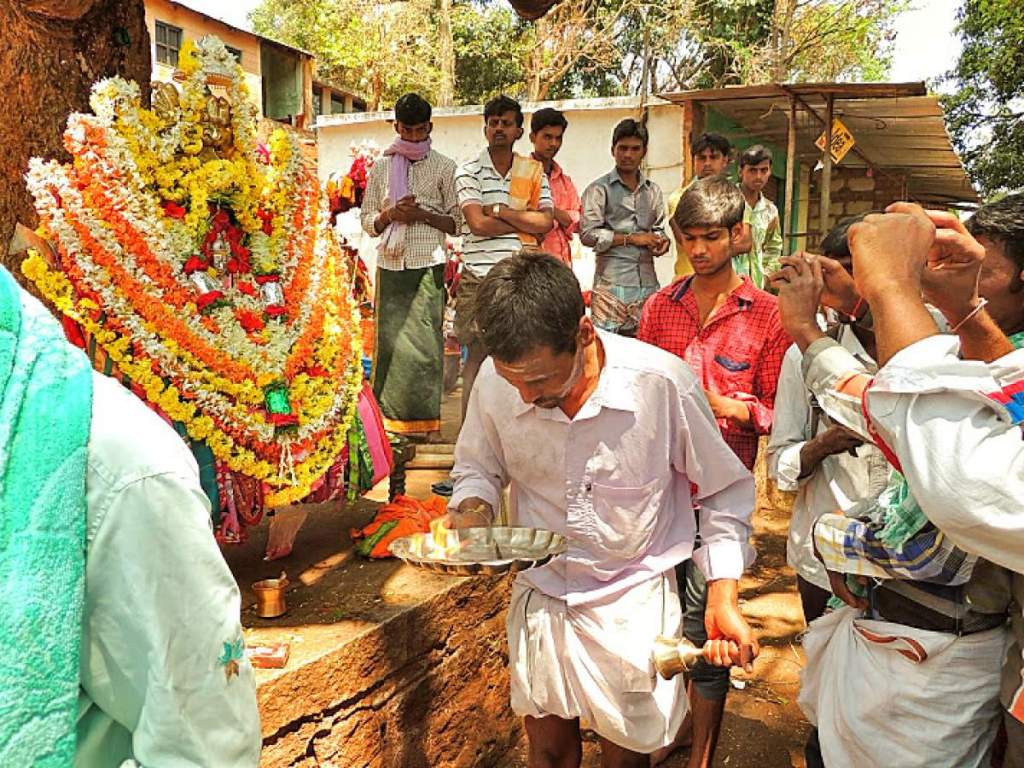 There was a huge crowd and the locals of nearby villages had turned up to celebrate their annual festival. The bins were overflowing with used plantain leaves, people had had their afternoon lunch at the temple premises served in the leaf. A festive spirit hung in the air as musicians played the instruments like drums and the shehnai. People danced to its tune in frenzy with lighted torches in hand. 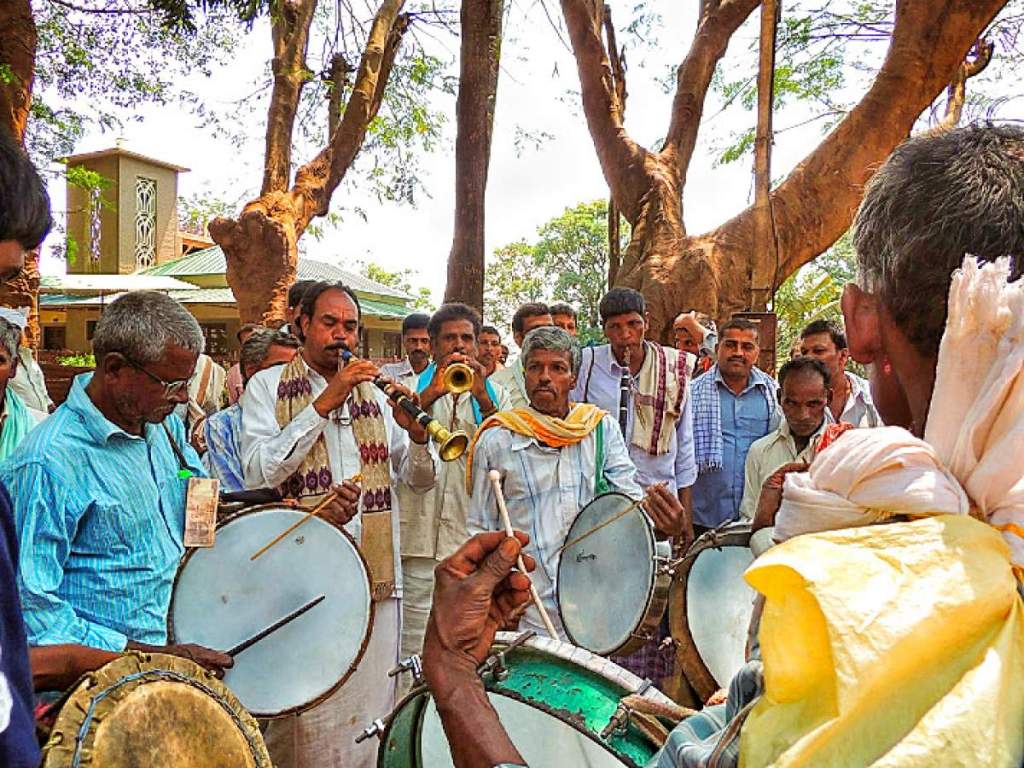 The deity had been decorated with flowers and an aarti was being offered. As I neared the temple I saw in the distant water trickling down in front of the Veerabhadreshwara temple. During the monsoons this is the place where the water flows from the Chandra Drona hills which is around 400 feet above. The waters of this cascade are said to have medicinal properties. One can also trek to the top of the mountain which would be a day long activity. 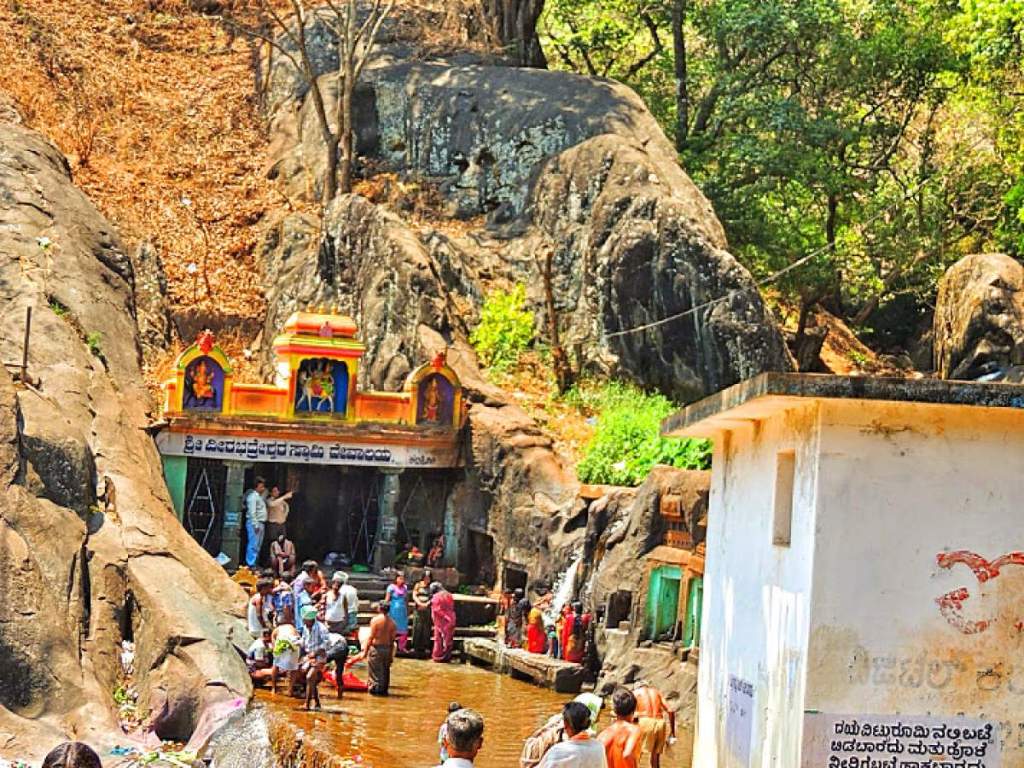 But on that day as I removed my footwear and walked towards the temple nestled in the mountain my feet burnt on the scorching earth. Winter had started to recede and summer was soon to settle down. I offered my prayers to the lord (Lord Shiva) and decided to return during the monsoons to enjoy the mighty cascades. For today I was happy to have visited the temple and been part of the annual festival.

You can visit this place by driving from Bangalore or taking the bus till Birur which is a junction. You can hire taxis from Birur to reach Kalahatti.

The nearest railway station is Birur.

Kalahatti or Kalahasti or Kalhattagiri Falls is best enjoyed if visited during the monsoon season. July to September are the months to be here.

What else to do?

You can visit the hill station of Kemmangundi,  the Hebbe Falls and the Baba Budan Giri Range which are close to this destination.