In love with Devon 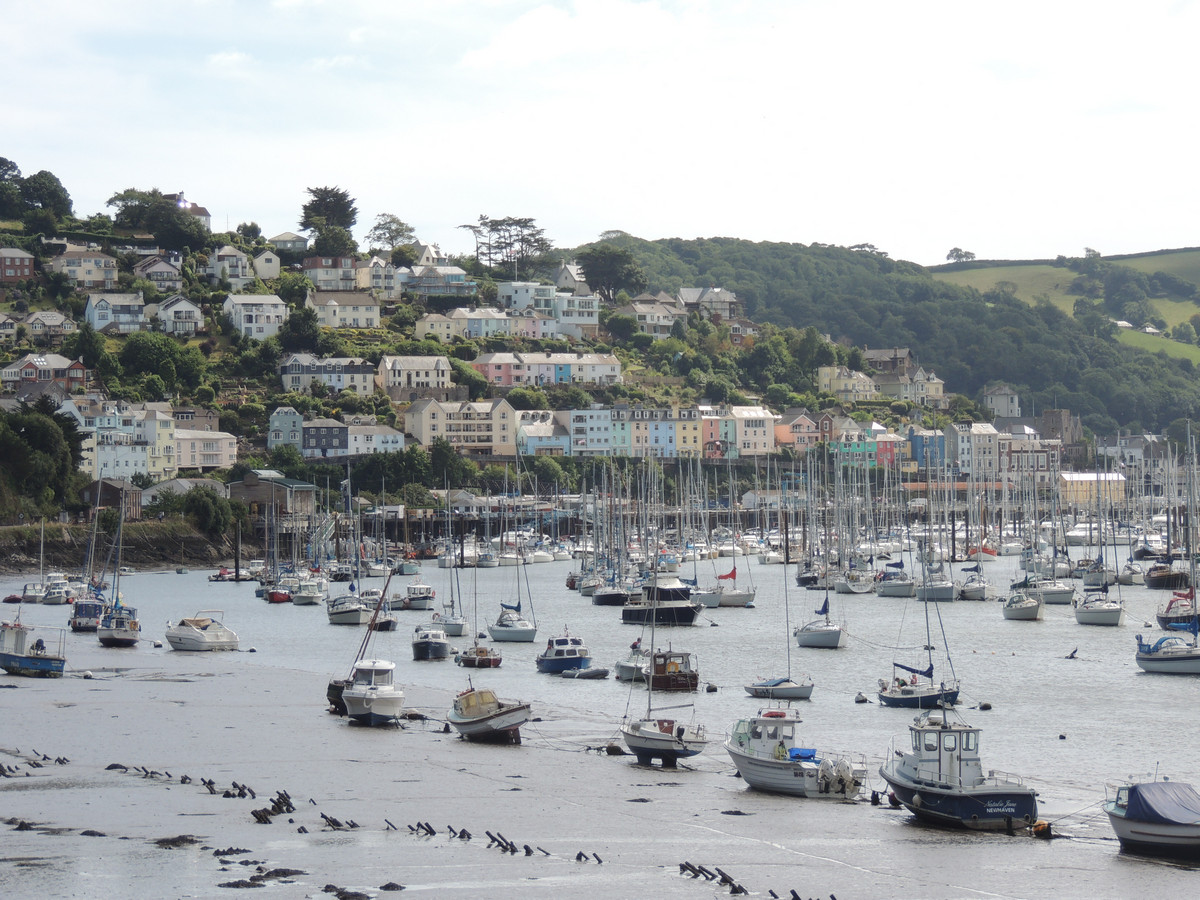 It was my second trip to United Kingdom after a gap of four long years. Having stayed in London for two months, shopped at its high streets and also been to the highlands for a taste of the Scottish culture, this time around I wished to explore its beautiful countryside.

One fine day I left the star studded, populous city of London and hit the road to drive down to South of England. The hustle and bustle vanished behind and what lay ahead was rolling hills, farms and moors. The beech, oak and pine trees dotted the road as we drove through the disciplined traffic towards Devon, famous for its sandy beaches and rolling countryside.

The beautiful landscapes with heaths and coves were in juxtaposition to the tall buildings of Canary Wharf and the fast paced life of London. The long drive took me through endless grasslands and shores as the weather gave us great company. The English countryside was a breath of fresh air and it brought back memories of the Enid Blyton books that I had read in my childhood days. Summer had come and the English were on their vacation. Campervans, Cars with Bicycles and Kayaks, Caravans lugged behind breezed on the road. The atmosphere was upbeat for an escape into the wilderness. 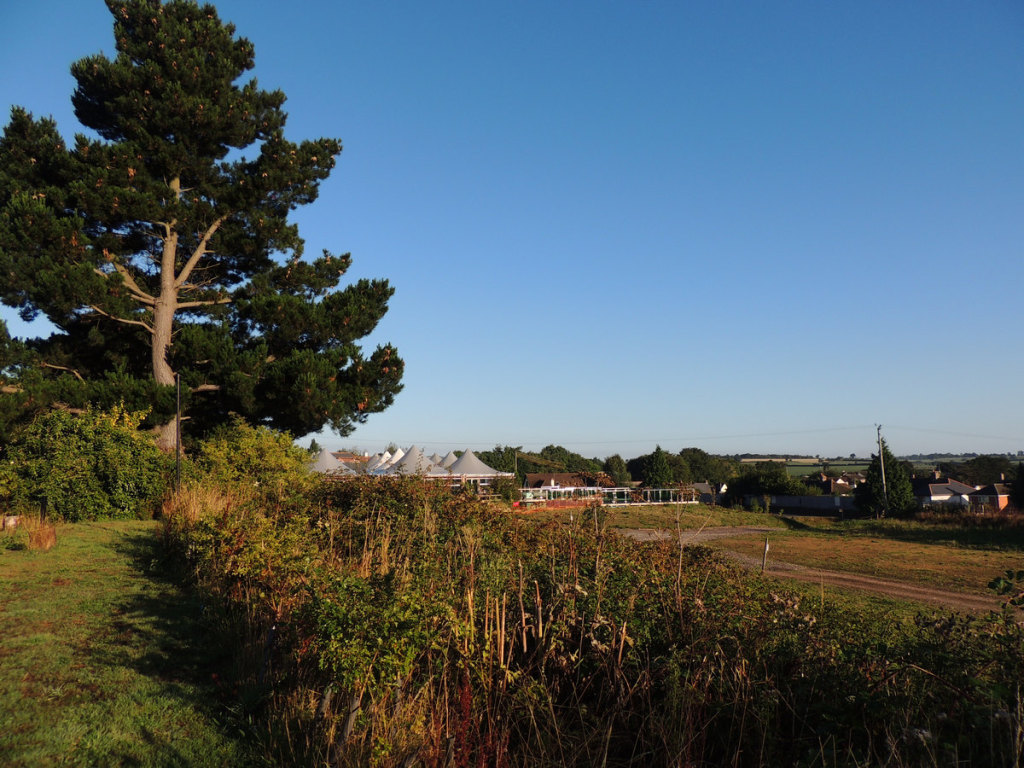 We drove through the Wiltshire and Somerset counties to reach the county of Devon. Devon is surrounded by the Bristol Channel towards the North and the English Channel to the South East. I could see the blue glistening waters of the English Channel with the adventurous sailing. Devon is where the earth meets water. A vast expanse of endless tumbling hills, fields, cattle’s grazing combined with the saline smell in the air is a typical scene from the daily life of Devon. Agriculture, Dairy and Fishing are some of the main occupations. In the recent times Tourism has picked up very well and one can find many campsites for the intrepid. You can spot people surfing, riding horses, kayaking or going on long walks to the moors. The bucolic surroundings with the sun drenched earth and honey colored fields is perfect to soak your eyes into. 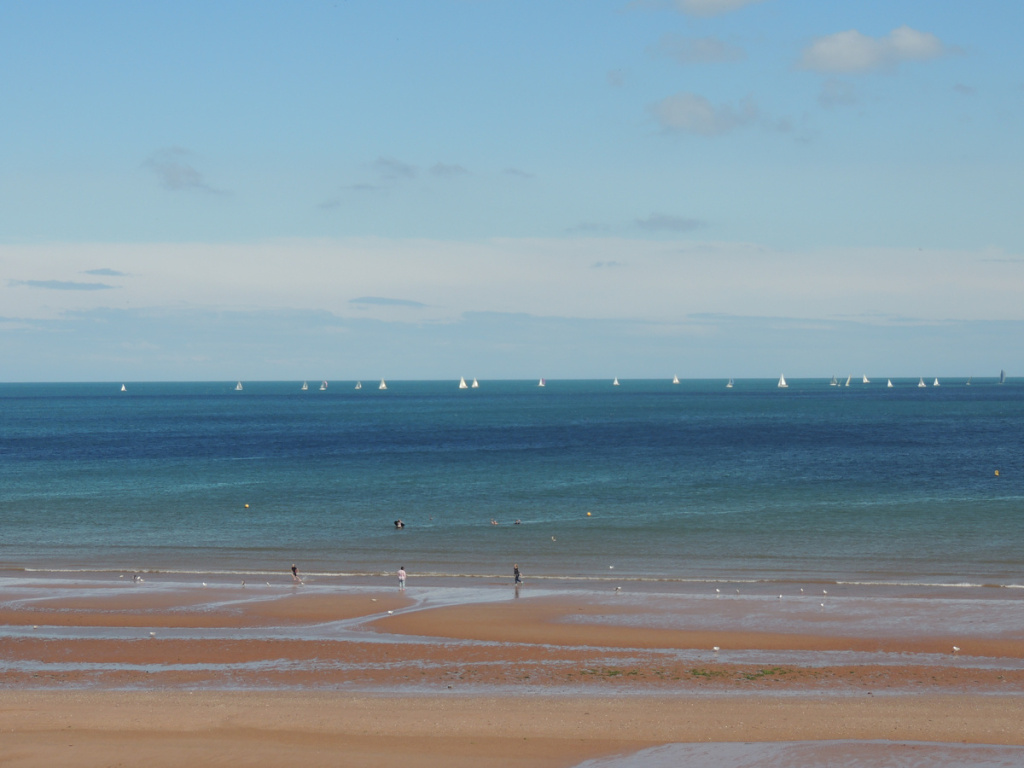 We stopped for the night at the Exeter Court Hotel a stone’s throw from the city of Exeter.  It is a beautiful hotel that provides bed and breakfast facility from 60 GBP to 90 GBP based on the type of room. Exeter was ruled by the Romans and one should explore its history through its cobbled streets. The city guided tour takes you to the famous underground passages and the Royal Albert Memorial Museum. Exeter Cathedral is another spot that should not be missed for its Gothic architecture. 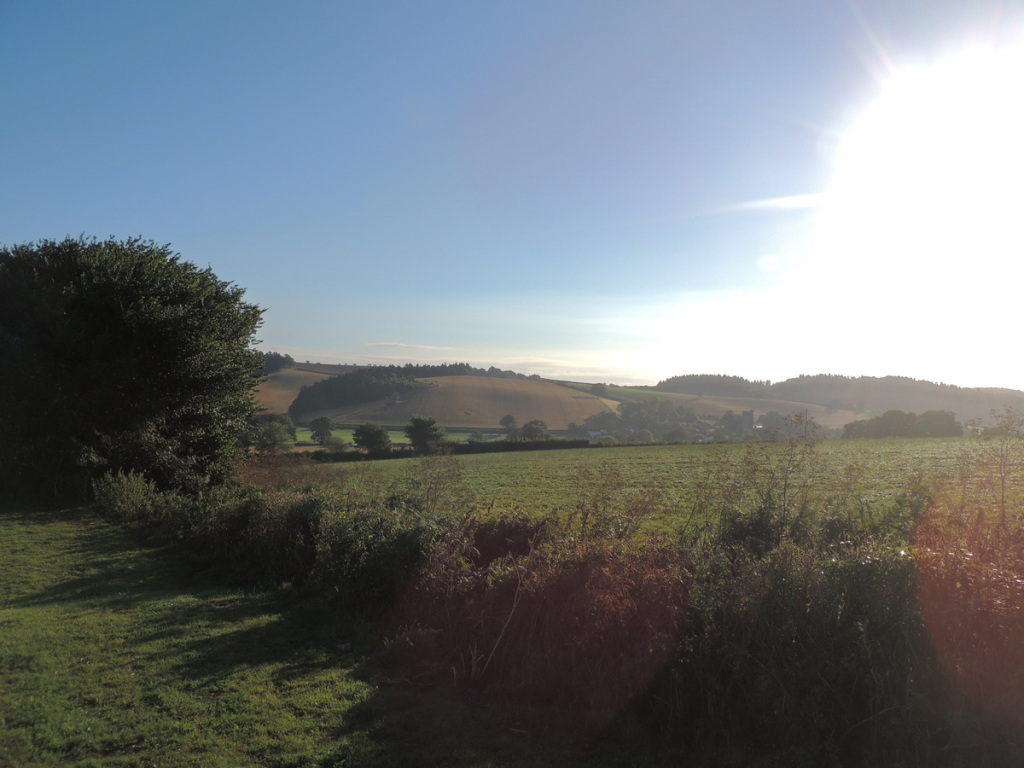 I slept like a baby and woke up to the stunning view of the early morning sun. After a quick English breakfast we drove through the countryside. We reached the town of Paignton which has a history of Celtic settlement. I dug into some great smelling Devon cream tea, scones slathered with clotted cream and jam and headed to the railway station.

I was early for the Paignton to Kingswear steam rail experience. I strolled around the station and then boarded the Devon Belle an age old train with bogies of the bygone era pulled by a steam engine. The train chugged through the Torbay coast, woods lining the Dart Estuary and the beautiful countryside. The steam engine experience gives you a magical feeling as the journey takes you through seven miles of the south east English coast for the next thirty minutes. Did I remember the Hogwarts train from the famous Harry Potter series? White clouds sailed in the distant and small specks of yachts could be seen floating in nature’s infinity pool.  The briny waters changed colours from blue to green. 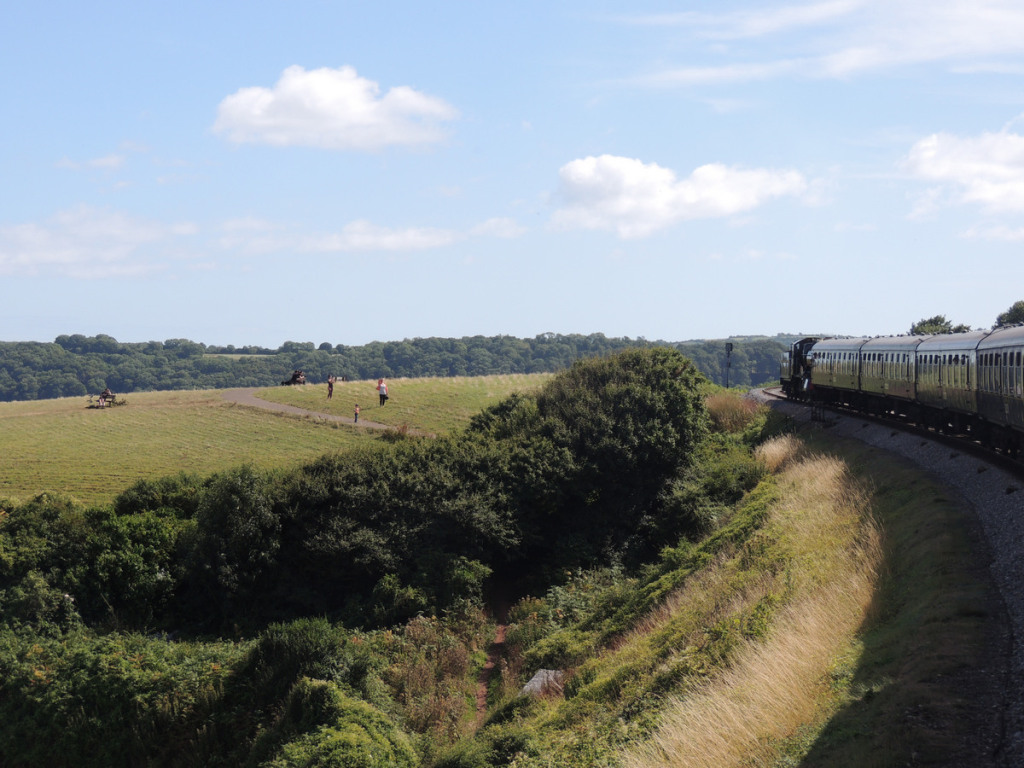 The train stops at multiple stations and the locals as well use the rail service in their daily life. The beautiful and colourful changing rooms at Greenway greeted us as we crossed its sandy beach busy with the folks enjoying the sun. Greenway is also the place to alight if you are interested to visit the home of the queen of crimes Agatha Christie. Cattles grazed around, ponies ran through the moors as the train crossed the hedge growths. As we neared Kingswear, I saw numerous fishing boats, yachts of varied colours and sizes bobbing on the water. The harbour at Kingswear is absolutely picture perfect with the waters at one end and the green hills at the other. 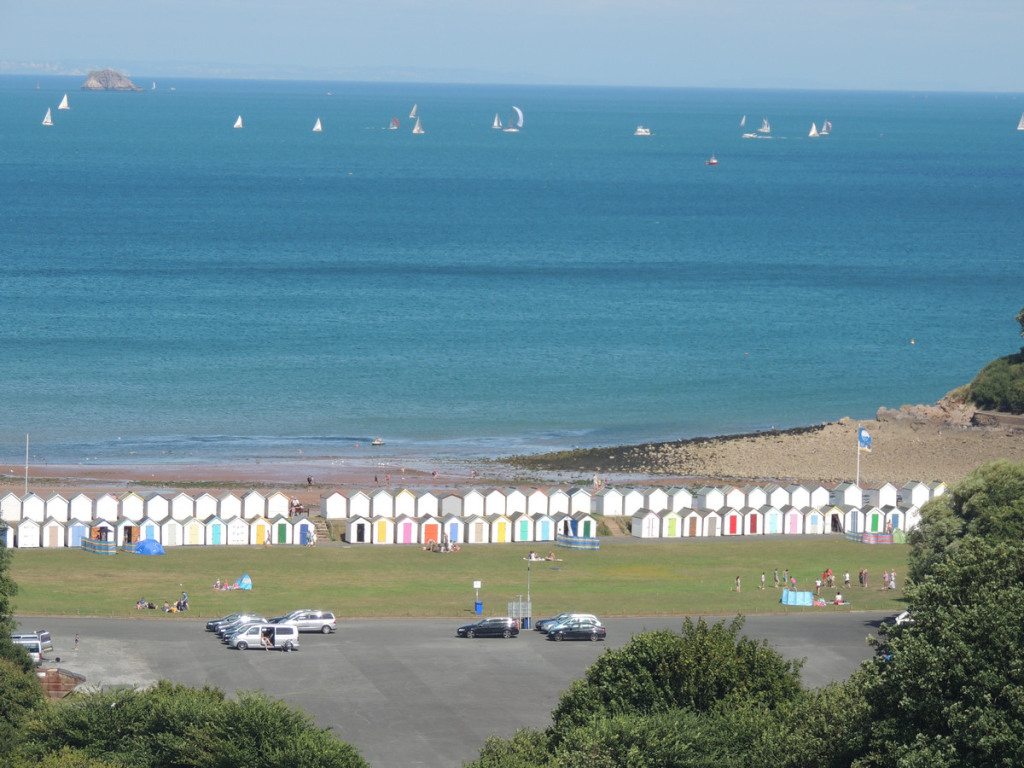 If rail experience isn’t enough this itinerary could be combined with river boat and bus which is called the Round Robin Tour. After reaching Kingswear one needs to take a ferry to reach Dartmouth and thereafter board the bus to reach Paignton. I alighted from the train and mused over the mesmerizing journey through the quaint Devon County by Rail, Road and Water. Didn’t someone say welcome to English Rivera!

I wanted to live some moments in solitude and bask in the glory of the beautiful landscape and feel the wind on my face. I headed to the moors where the cattle grazed by, to lay on the heather and sing John Keats lines

Where be ye going, you Devon maid?
And what have ye there i’ the basket?
Ye tight little fairy, just fresh from the dairy,
Will ye give me some cream if I ask it?

Life is bliss in enchanting Devon and I didn’t want to turn back. Did I hear the waves calling me?

← Wayanad the verdant beauty
Chikmagalur for temples and coffee →
Tweet

8 Comments on “In love with Devon”