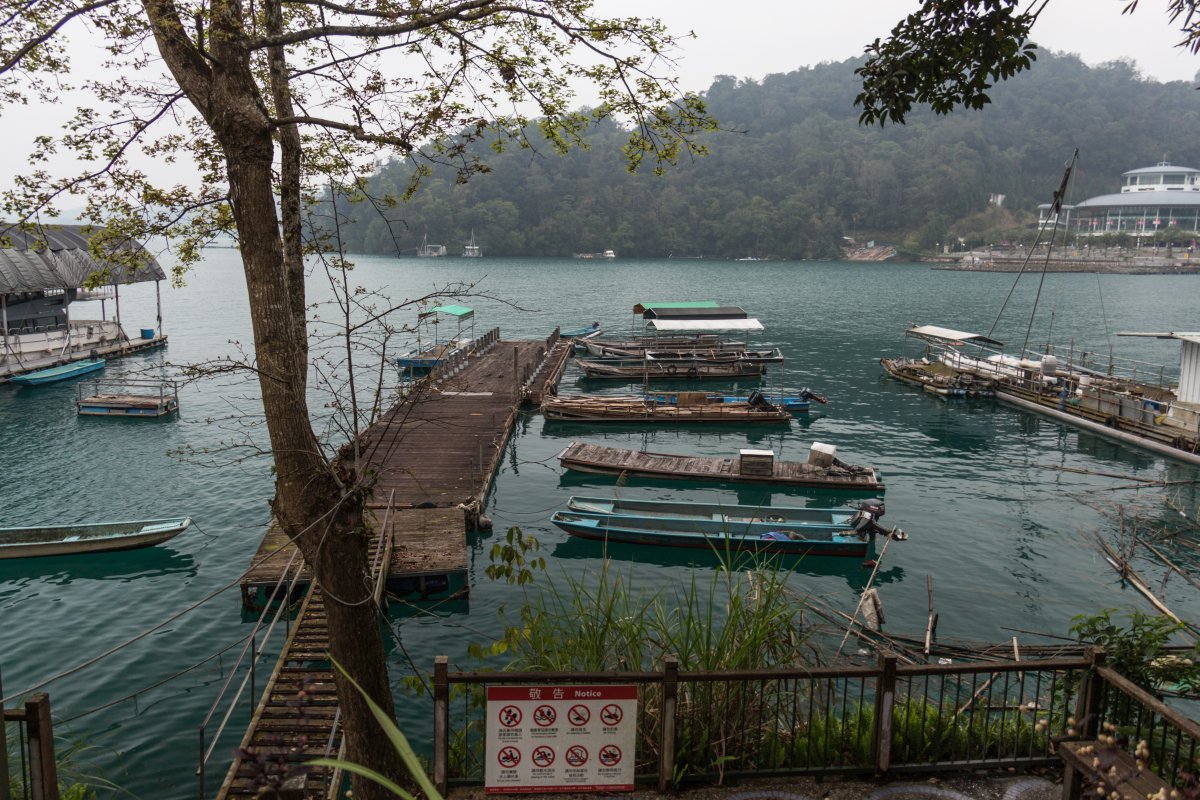 “Are we in Europe?” exclaimed one of the tourists. I looked around and sighted the narrow cobbled lanes with cyclists zipping down the alleys. The vast expanse of a lake shimmered in the sunlight as newlyweds were busy getting their photo shoot done. In the distance I could see a swathe of mist which had enveloped a mountain that looked like a lady sprawled in a dream.

I had arrived at Nantou County in central Taiwan far from the blinding neon lights, skyscrapers and multi-tiered flyovers of Taipei. The lake was a result of a dam constructed in 1931 during the Japanese rule to generate electricity. Over the period the water level rose and it took the shape of a sun and a moon separated by an island called Lalu hence the name Sun Moon Lake. The region surrounded by rolling hills is a paradise with abundant natural beauty, picturesque villages shrouded by curtains of white puffs. Home to the aboriginals it is told that this is where the military leader Chiang Kai Shek devised plans to capture China. 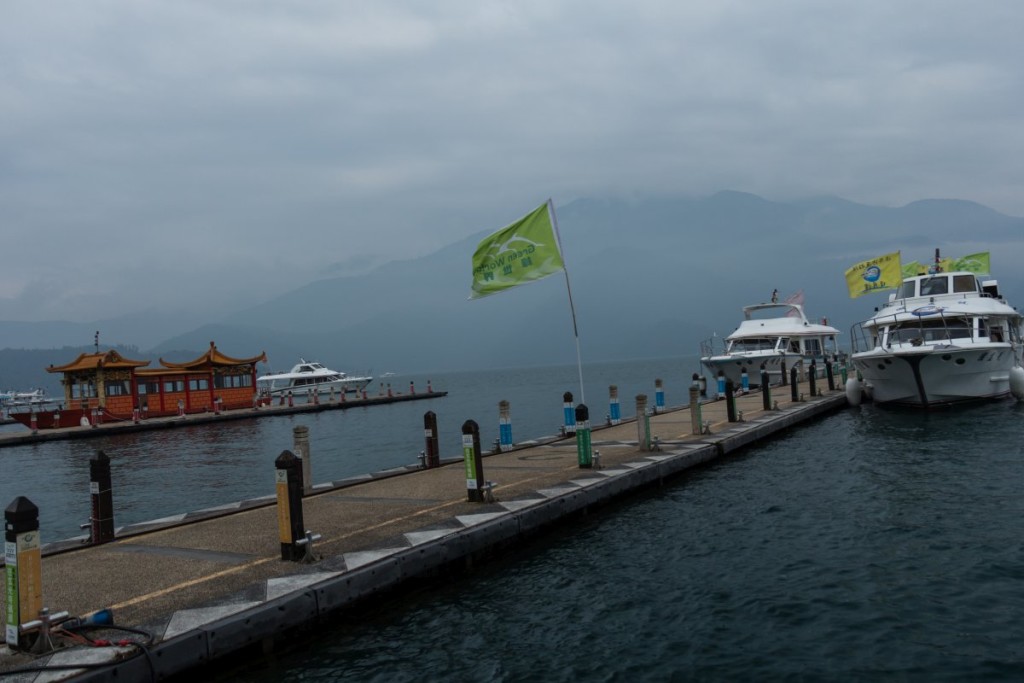 At the pier in Sun Moon Lake

As I walked across the expanse I reached the pier next to the blue green waters. I took a ride on one of the solar powered boats. We cut through the water and reached Lalu Island which was called Jade Island by the Japanese.   Francis Hu a sixty year old Taiwanese guide stated only the aboriginals are allowed to set foot on this island. When in trouble they visit this island to talk to their ancestral spirits and find a solution.  I was curious to know more about the aboriginal tribe that was when Francis mentioned about the Formosan Aboriginal Cultural Village in the area. We returned to the pier and took the wooden walkway lined by cherry blossoms. From February to April every year the cherry trees come to life here and are a riot of different shades of pink. The best way to experience it is by taking a cable car to the aboriginal village that passes through vast expanses of cherry blossom orchards. 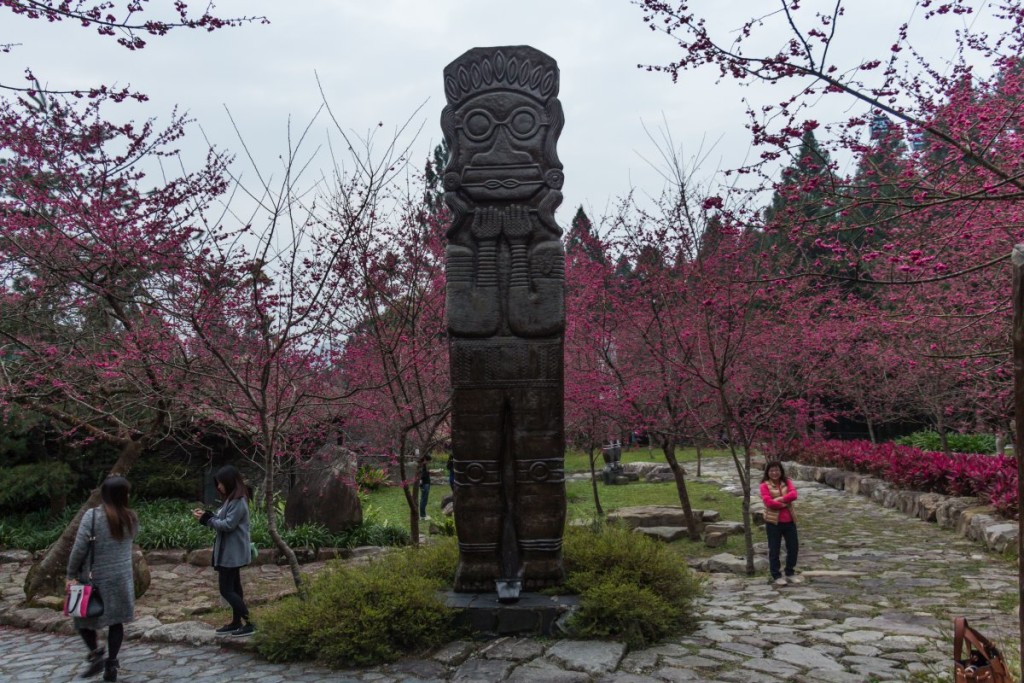 Cherry Blossoms at the aboriginal village

Stuffed Owls of all sizes hung across shops in Sun Moon Lake for sale. I couldn’t fathom the fascination towards the nocturnal bird when Francis came to my rescue. Legend states that an unmarried tribal lady got pregnant and hence was shunned by her tribe. The helpless lady disappeared into the woods and never returned. But whenever a lady in the tribe got pregnant an owl would be seen hovering around her hut. The tribals believed it was the same unfortunate woman who had returned as an owl to protect the pregnant women in their village. 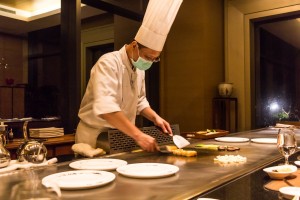 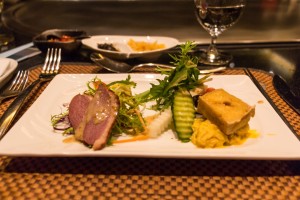 Filled with interesting myths and anecdotes I checked into Fleur de Chine hotel to spend the night. Dinner was special with the chef dishing out some lamb chops, duck and steak the Japanese way called Teppanyaki.  The Japanese ruled for fifty years in Taiwan which has had major influences on the food, culture and lifestyle of the Taiwanese.

TEMPLE OF LIFE AND DEATH 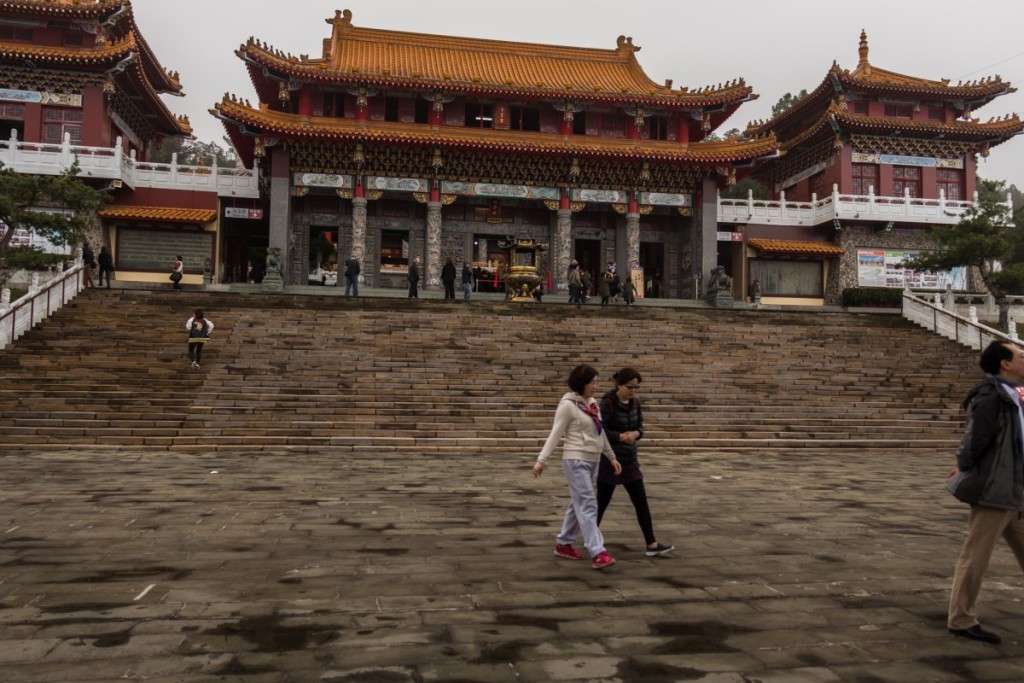 Next morning I headed to the Wen Wu temple in Shuei-She Village.  It consecrates Confucius, God of Martial art and Literature.  As I climbed the steps which were earlier called Stairway to Heaven I noticed the huge lions on either side of the entrance that denote protection. There were two entrances to the main hall. Francis stated the right door denoted life and one should always enter from the same while left door denotes death from which one exits, its symbolic of conquering death after offering your prayers inside.  Inside devotees first light the incense sticks and place it in the burner. The smoke emitting from them are said to be the prayers which would eventually reach heaven.  Francis then showed me how one can wish for something and then check with the almighty if it would come true by dropping two blocks of wood on the floor. One side of the block was curved while the other was flat. Once they are dropped if curved surface of both the blocks face up it means your wish is rejected, both flat sides up means go for another wish , one flat and one curved face up then your wish will come true. The temple in itself is huge and beautiful with murals and paintings on walls and ceilings.

I walked out of the temple and stood by the Sun Moon Lake. It is told the aboriginals accidentally found the lake when they were hunting a deer.  I wasn’t yet done with Sun Moon Lake. It’s fascinating legends, interesting culture and history had caught my imagination. I walked towards Neeka a tribal woman to hear more anecdotes of the region which is called the Heart of Taiwan.

← Top Restaurants in Macau
Waltzing the ring at Vienna →
Tweet