Posted on February 6, 2015 by Rathina Sankari 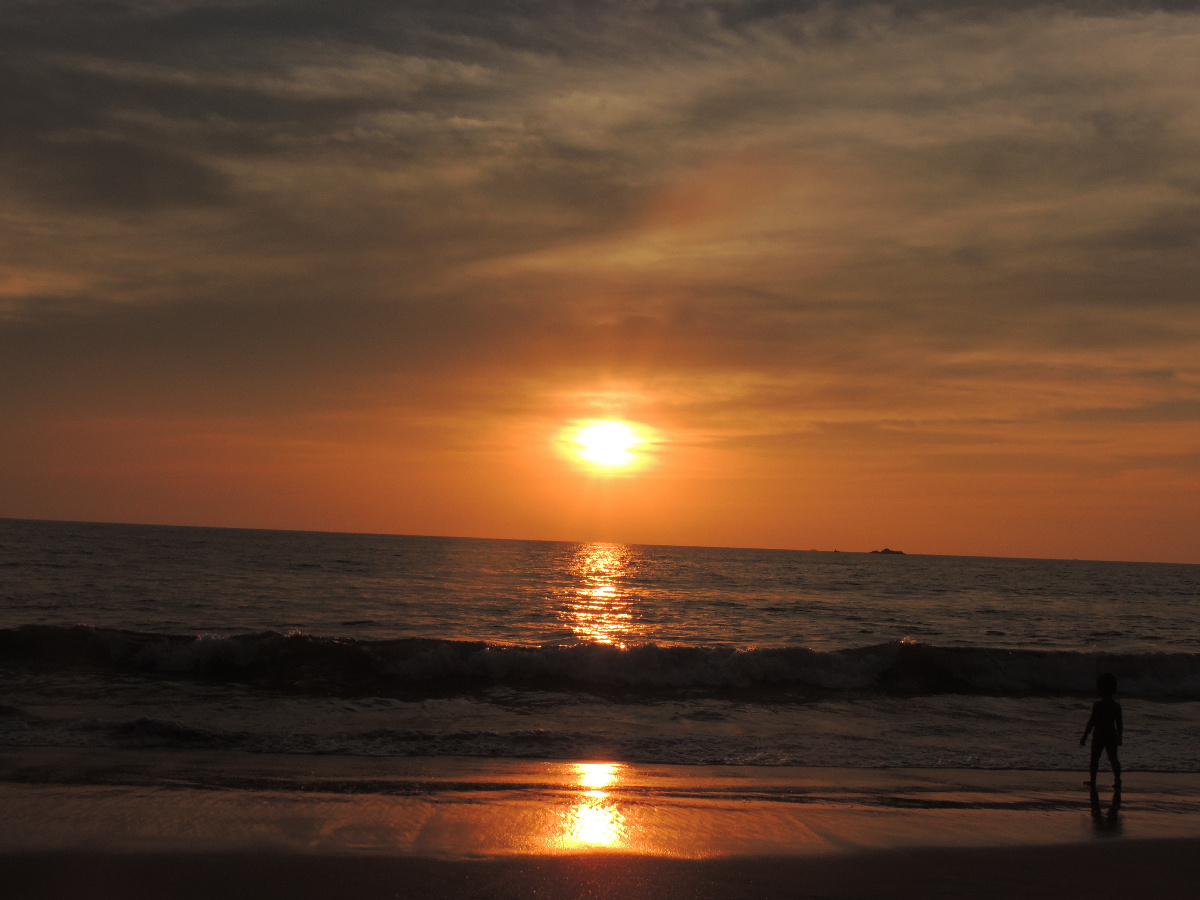 An edited version of this article was published in the Feb’15 Vistara in-flight magazine.

The waves lapped at my feet as the golden disc slipped down the horizon. The sky was smeared with a crimson glow and the balmy shores were picture perfect. I had arrived in the hippy state of Goa, which is well known overseas as the place to party and chill out. As I walked barefoot at  I met Steven who had come down from Britain. “Goa is absolutely cool and I do not have plans to leave soon,” he mumbled and left in a hurry to experience the plethora of water sports. The shacks were running full, most beach chairs were occupied and the shopaholics were busy in the flea market. 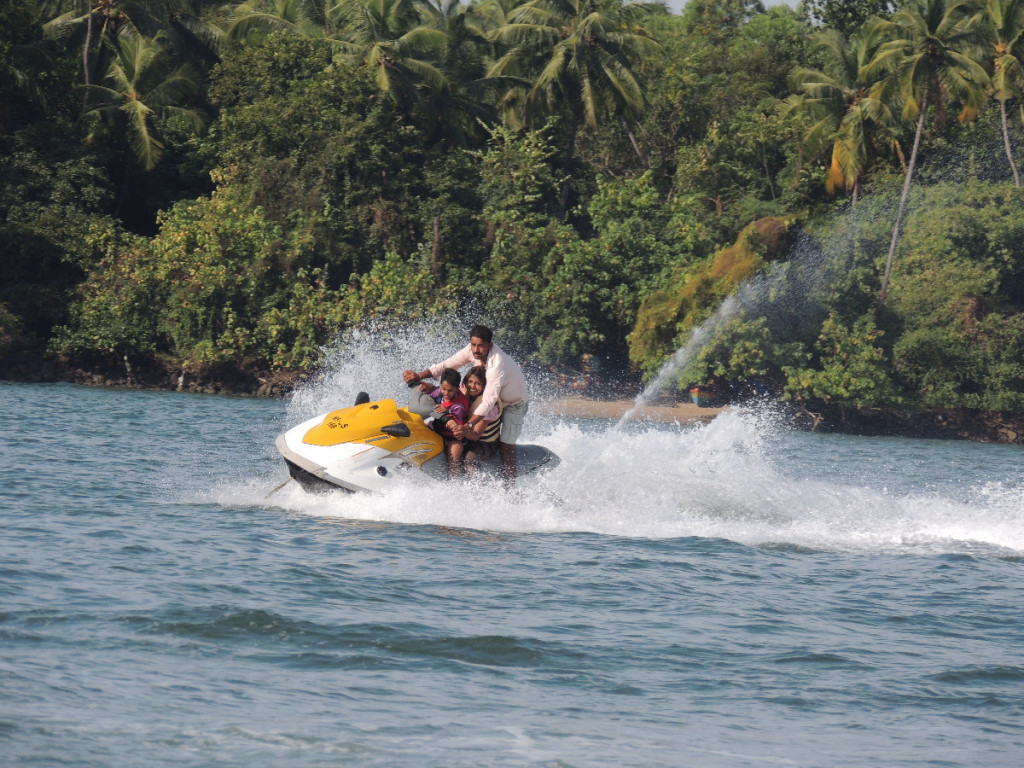 I headed to the famed church of Basilica of Bom Jesus in Old Goa. A magnificent edifice built in the sixteenth century; the interiors of the chapel are beautiful with exquisite carvings. Here lies a silver casket with the sacred relics of St. Francis Xavier who was buried in three different countries before having shifted to Goa. The casket is made available for public reverence once in ten years. Another well-known house of worship is the Church of the Immaculate Conception.  I drove towards Panaji crossing this pristine and resplendent structure that has stood to the tests of time. Further ahead the quaint and colourful streets of Fontainhas with heavy Portuguese bearing were a feast to the eyes.

Goa, the erstwhile Portuguese colony reels in the ethnic mix of major communities with influence of Portuguese, Konkani and Marathi in their food and lifestyle. To savour an authentic Goan cuisine I reached the gates of Martin’s Corner at Betalbatim. After a brief waiting period I entered the vibrant restaurant brimming with life and gyrating to some local live music. Crab Masala and Goan Prawn curry washed down with red wine was a satiating gastronomic journey. 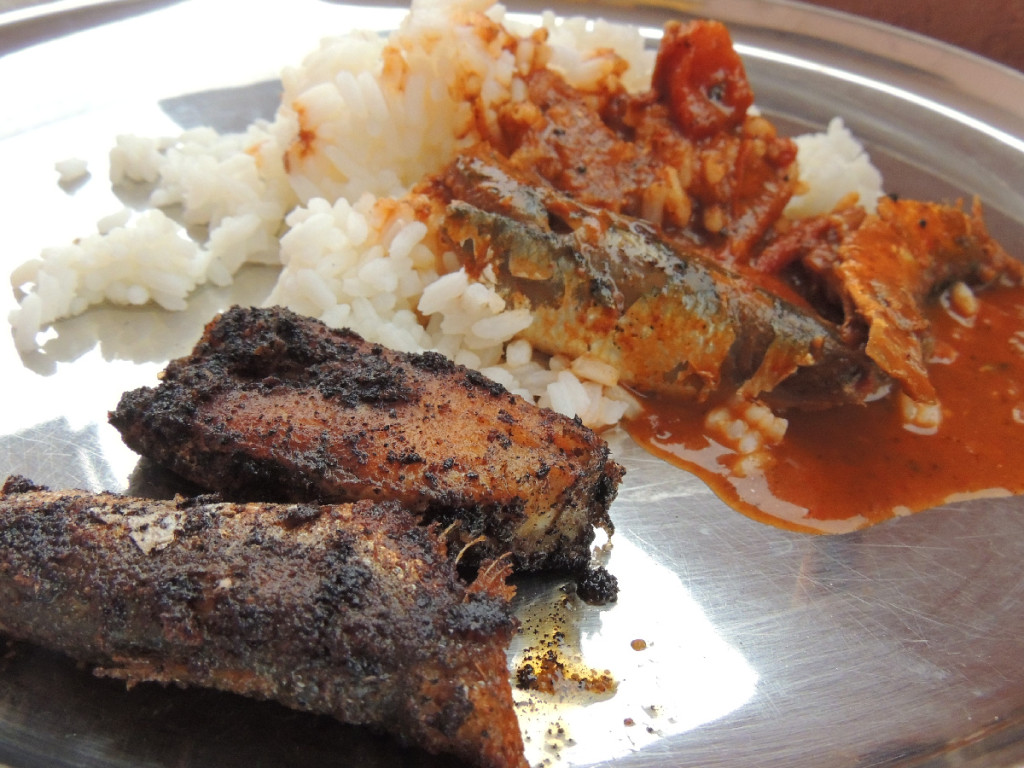 Sea Food in a roadside shack

A short walk on the red soil of Goa is enough to smear your attire and paint your soul with this tint. I rented a two wheeler the best travel buddy to explore the languid state and headed towards North Goa. Swaying palms, verdant paddy fields in the hinterlands welcomed me as I inhaled the fresh air. I watched the fishermen busy with their daily catch and enjoying a smoke on the day’s gossip. The picturesque churches and a walk beside the unheard backwaters of Goa was enough to get me heady in these small hamlets. This was a facet of Goa that not many would know. Away from the tourist circuit and untouched of the perils of tourism this part of the state is susegad in every spirit. Living a simple yet contended peaceful life and enjoying every moment enough to treasure, Goa breathes in the essence of true existence. This was the Goan spirit that I was on the lookout for which is unfazed and stuck in time.

Having relaxed and refreshed my rancid soul I craved for some adventure. I made my way to Colem and took a train to Dudhsagar station. The seasonal rains were in full swing and Mother Earth wore a green drape in absolute glory. Brooks were swollen and flowing lithe and lissom. I walked beside the railway tracks towards Dudhsagar falls. Local stories state a princess poured milk from a jug as a curtain to hide her modesty from the eyes of a passing by king whilst she was taking bath. The milky cascade rumbled and tumbled down the cliff in two streams and flowed towards Goa as river Mandovi. 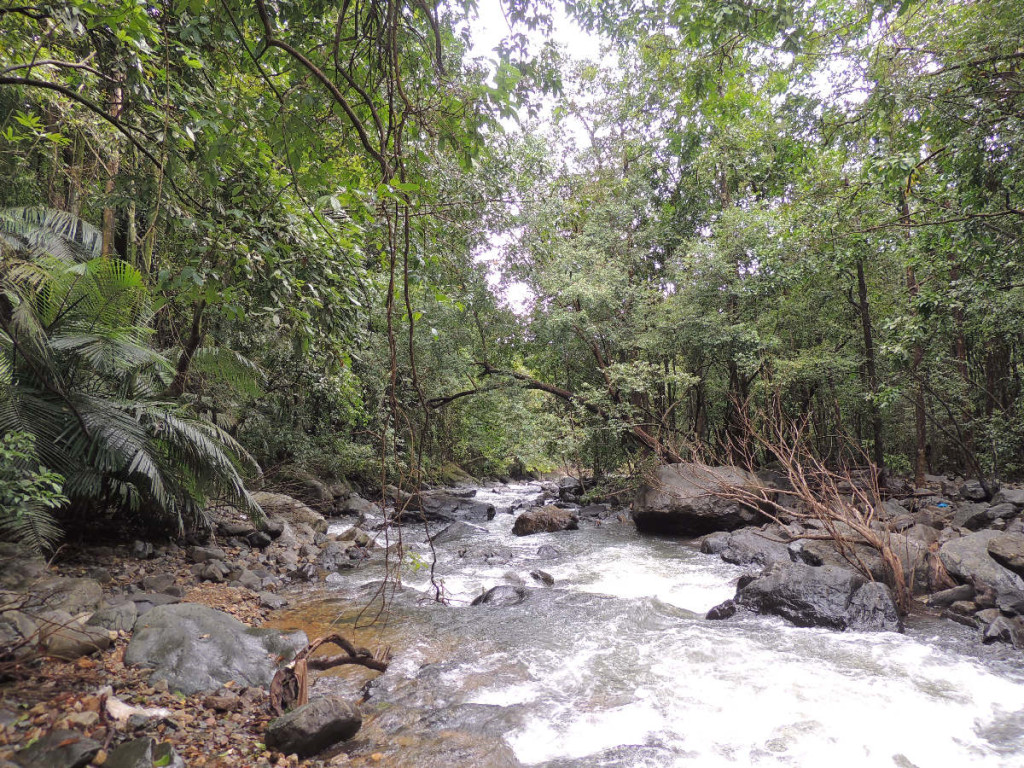 I trekked to the base of the falls through slush and muddy puddles. A dip in the stream was enough to relax my aching soles. Goa had pampered me, pushed my limits and introduced me to simple pleasures of life. The pearl of the orient made me fall in love with life altogether, wouldn’t you want to experience it?

How to Get There?

5 Comments on “Goa paint me Red”