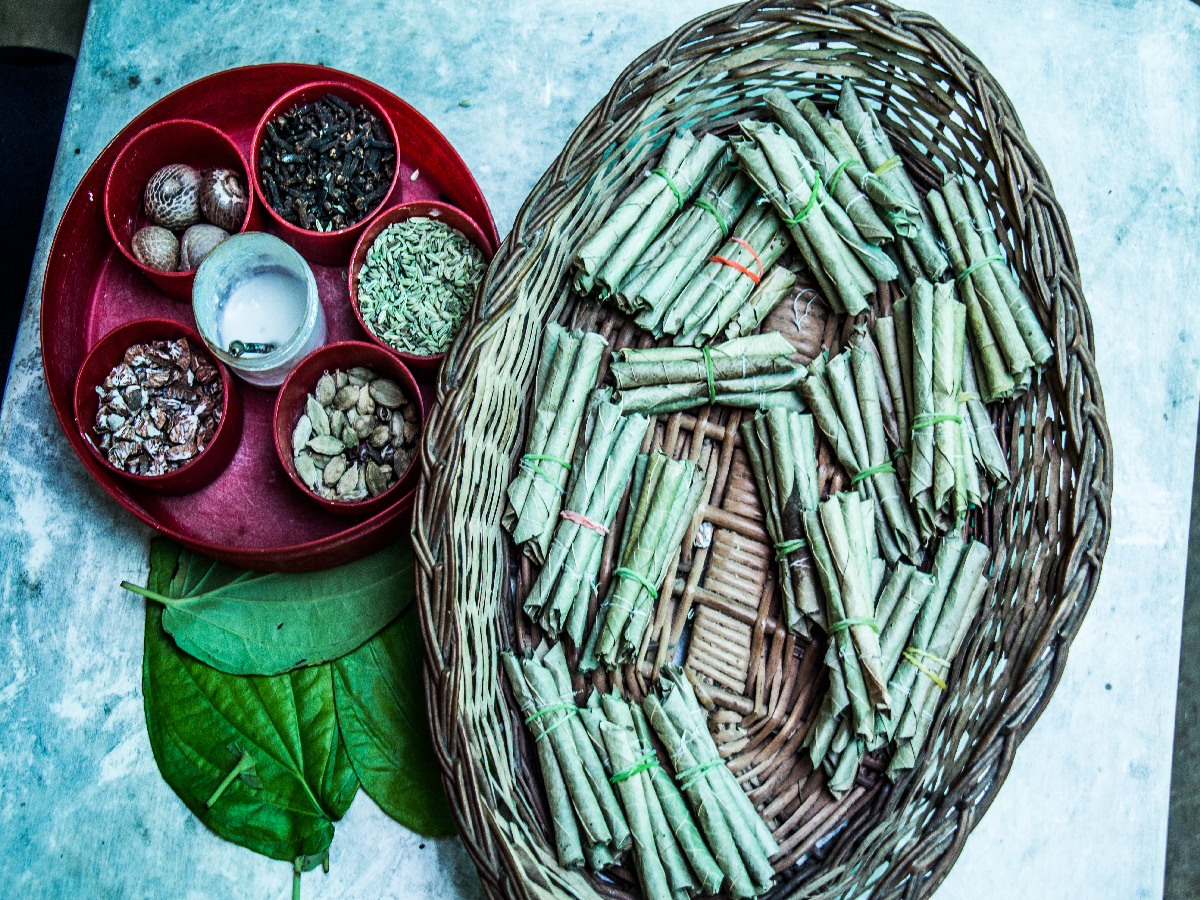 We had reached Keri a village in Ponda, Goa. A wooden bridge over a marshland took me to the other side. I watched the birds chirping and diving into the marshes for their catch. As we reached the entrance of one of Goa’s spice farm we were greeted warmly by the staff with a garland and a tika on the forehead. 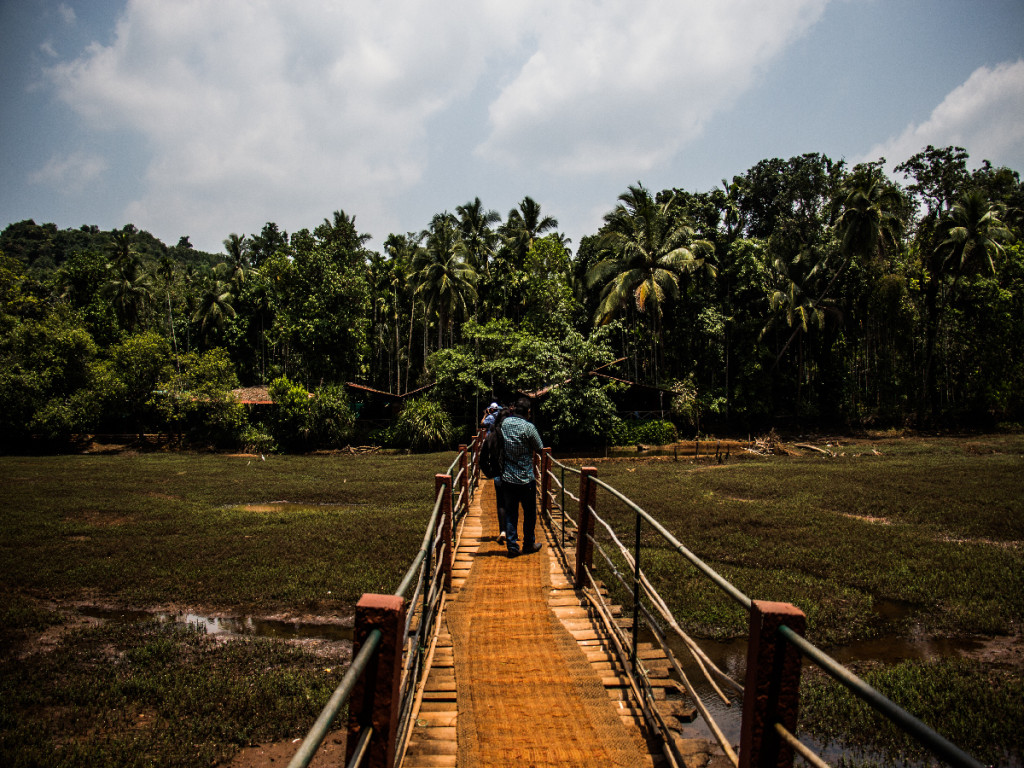 A guide lead us to explore the huge plantation where spices, medicinal plants, fruits and herbs are cultivated. I never knew Goa is a spice haven and does yield a vast variety of spices. Do you know the cashews were brought to India by the Portuguese for its tendency to prevent soil erosion. Feni is prepared from the cashew apples through the process of distillation. The first distillate is called urrack which has 10 to 14% alcohol. For preparing feni it is re-distilled after which the alcohol content rises up to 45%. It sure does get you high and also has medicinal values as it cures you from cough and cold. 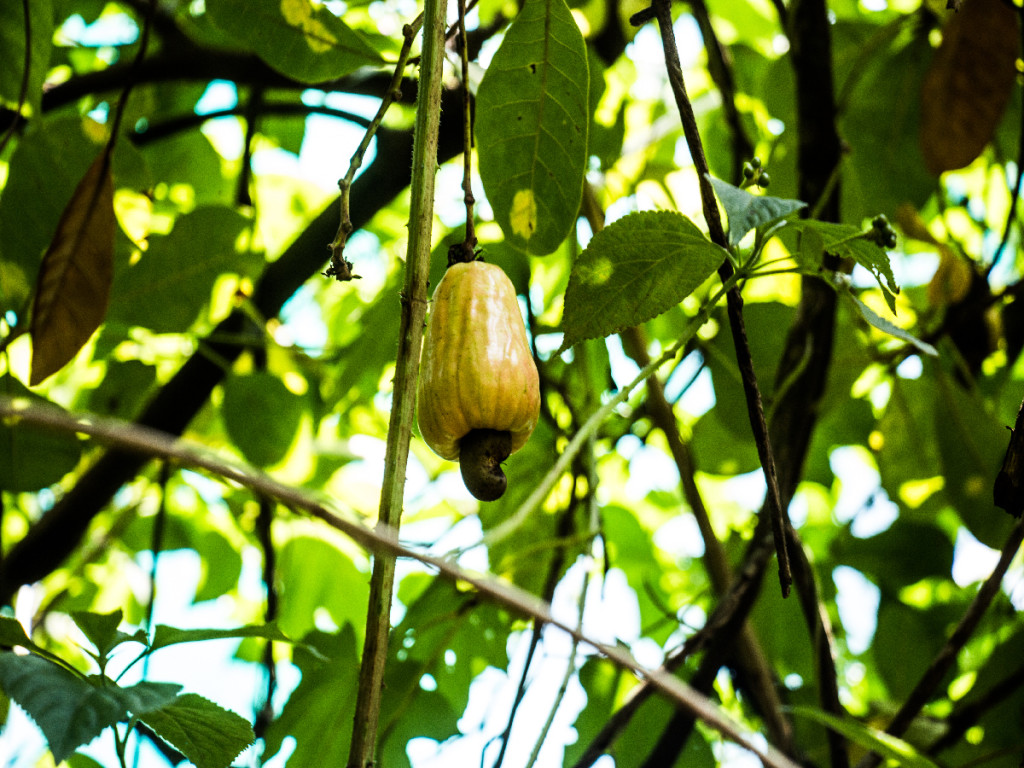 After getting an insight into the process of making Feni we walked ahead in a group. We strolled through the canopy of trees surrounded by the air which was filled with the smell of spices and fruits. Ginger and Turmeric shrubs were seen in abundance. Ripe jack fruits hung on the trunks of the trees. There were more to fruits like the pineapple, mango, star fruit, custard apple, banana, papaya and the citrus fruits. 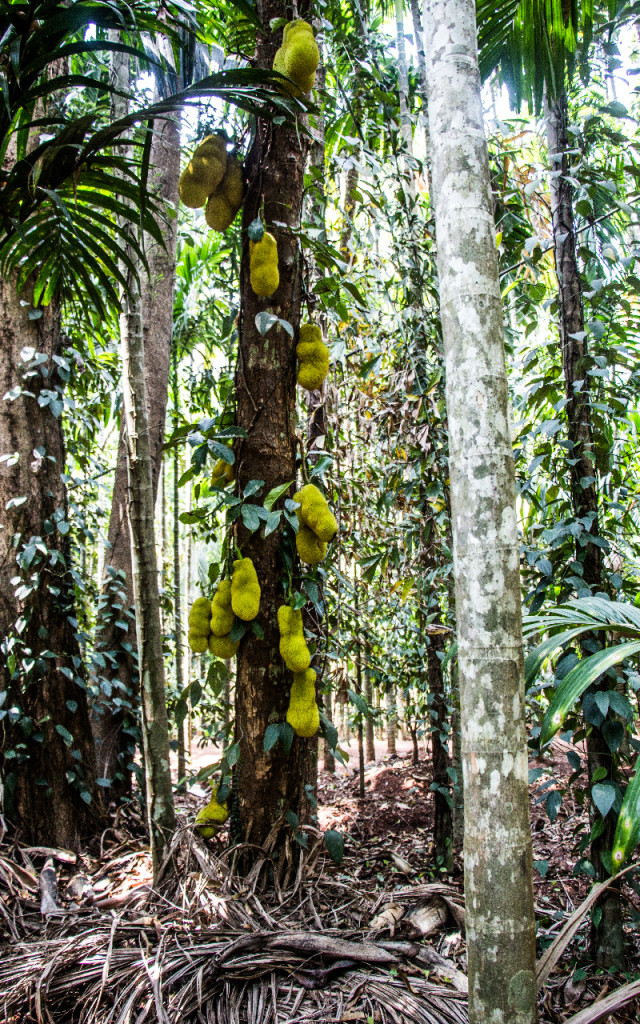 But what interested me were the spices. I never knew that every spice had a significant medicinal property. Like the curry leaves are told to lower cholesterol when consumed over empty stomach on a daily basis. All spices or five spices is said to give you the same fragrance and flavor as that of a combination of cloves, cinnamon, nutmeg and ginger. There were pepper vines, vanilla creepers and the cinnamon tree. It is told once you peel off the bark of the cinnamon it wouldn’t regrow at the same spot. Vanilla requires hand pollination and hence doesn’t bear pods so easily. Do you know the method to harvest cloves considering they are so tiny and grow high on trees? Well the ones hanging low could be plucked off while the rest are harvested by shaking the tree. The cloves fall on to the ground and are then dried in open space after which one gets to use them for cooking or extracting oil which has multiple benefits. It helps cure tooth aches, gum problem and stomach ailments. 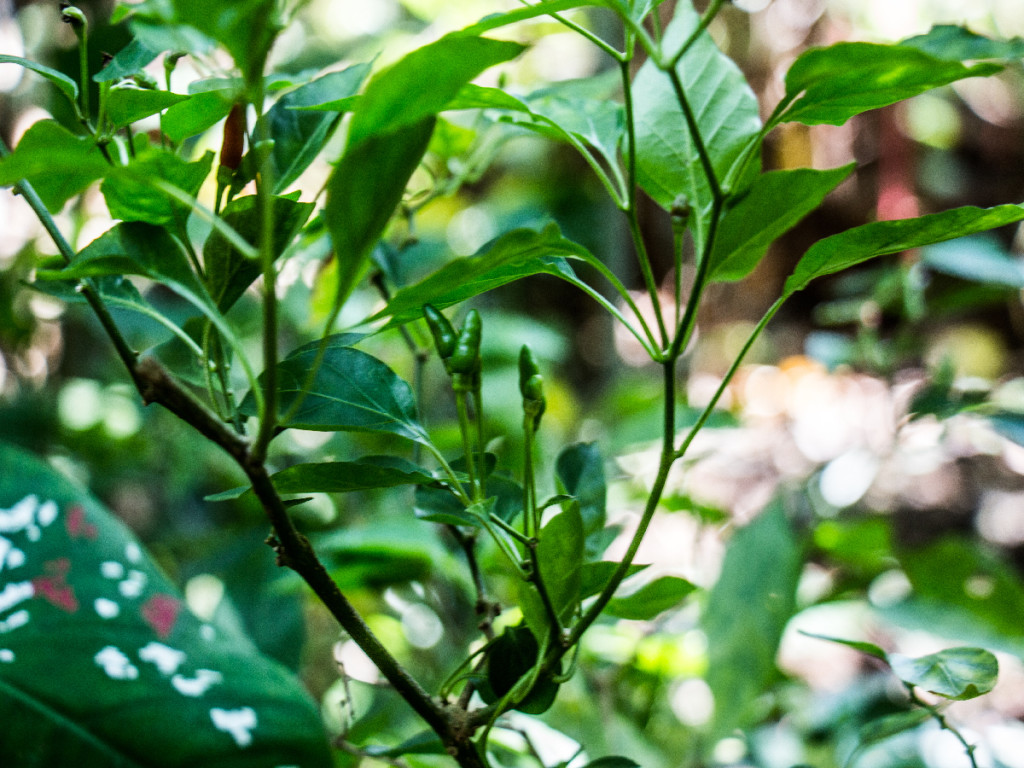 One of the hot chilies of the world

After the walk through the plantation we relaxed with a unique way of soothing the aching muscles. Pool water is poured over the back using a ladle to beat the heat and settle the nerves. A simple but wholesome lunch at Tropical Spice Plantation is sure to satiate your stomach.

A trip to the plantation is a must to understand the significance of each fruit and spice. Also it is an eye opener when you get to know that Goa has so much in store and is not just about beaches, hippies and party. Goa is multi-faceted and there is lots in store.

Have you explored the spirit of Goa that is less known?

P.S. I was invited by Goa Tourism Board to explore Goa and experience its Food and Culture Festival

← Into the by lanes of history
Mango Festival at Rajdhani →
Tweet