In quest of Tranquility

Posted on February 7, 2014 by Rathina Sankari 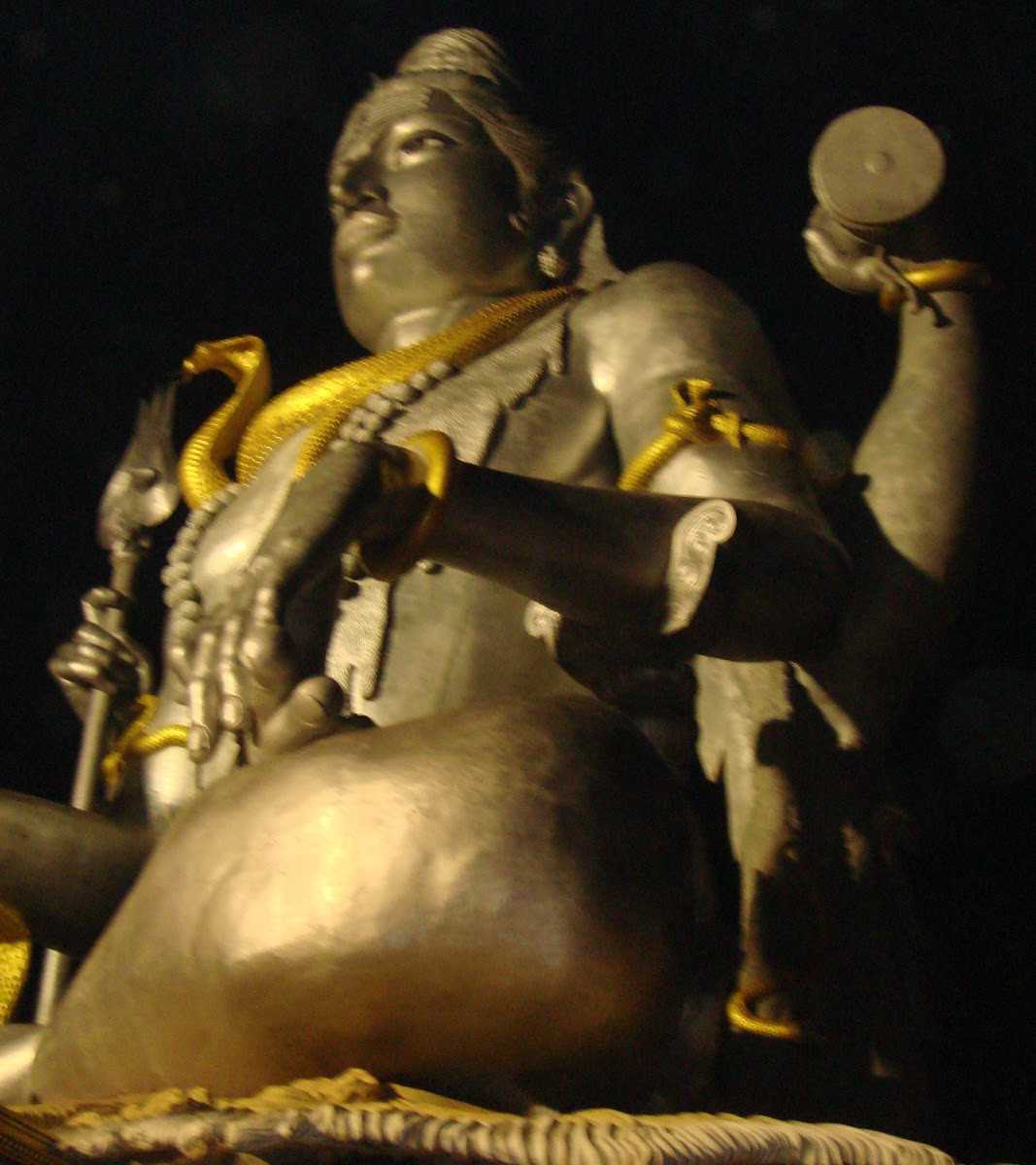 The holidays were nearing and we wondered on the next destination in our itinerary. My colleague informed me about this beautiful place in Uttara Kannada district of Karnataka state called Gokarna. I googled and decided to include Murudeshwar and few other places around Gokarna in our travel plan. The next question was on the mode of transport. Konkan Railways is a great option that could be explored considering the scenic beauty en route. The stretch between India’s commercial capital Mumbai and Mangalore that traverses across Maharashtra, Goa and Karnataka is a great eye tonic. The paddy fields, mangroves, coconut trees, waterfalls and the Western Ghats are a tourist’s ecstasy. We decided to give the whole trip a new dimension by driving down. We left early from office, hit the Pune Bangalore National Highway NH4 and reached Kolhapur a city at the south western tip of Maharashtra in 3 hours. We headed straight to the famous Mahalaxmi (Ambabai) temple. As it was a Friday the temple was crowded and we took some time to pay our respect to the goddess. It’s told that the visit to Balaji temple in Tirupathi is incomplete without the blessings of the Mahalaxmi at Kolhapur. Just outside the temple you would find the state transport bus stand and the stalls that sell chappals (footwear) that are synonymous to Kolhapur yes the well known handmade leather Kolhapuri chappals. You would also find an array of jewelry shops with various items on display. Kolhapur is famous for its spicy food be it the Bhadang, Misal Pav or the Lasun Masala chutney. Bhadang is a snack made of puffed rice, salt, and a liberal serving of spices that gives it a lip smacking taste but is sure to fire your senses. We then headed to Hotel Opal, well known for its Kolhapuri Mutton Rassa a spicy mutton curry that would leave your tongue hanging. This curry is had with Bhakri or chappatis (Indian breads). Other accompaniments to this curry are the thambda rassa (red curry) and the pandhra rassa (white curry) made of coconut milk.

We had made our reservations at Hotel Tourist well in advance which is bang opposite to the Kolhapur railway station and a decent place to spend a night. We rose early had our breakfast and headed further south. The drive from Kolhapur to Murudeshwar would take six hours and you would traverse through the towns of Karnataka – Belgaum, Gokarna, and Kumta. We had booked our accommodation at RNS Highway Hotel. As the name suggests, it’s right on the highway next to the diversion for Murudeshwar temple. The other resort RNS Residency is located next to the temple and was running at full capacity. It was past the lunch hours but the kitchen staff obliged us to some fish fries, kichadi and chicken curry. It was here that I first tasted the rava fish fry a Goan and Karnataka delicacy. The marinated fish is coated with rava (semolina) and fried. This version though crunchy isn’t as spicy as the non rava. My son preferred the rava version and gorged on it during our stay in Murudeshwar.

All stuffed we returned to our room and took a nap after which we drove down to the Murudeshwar temple. And I must say what a sight it was; the Lord Shiva statue on the Kanduka Giri hill made a towering presence. The statue is around 120 feet in height and could be viewed from miles away. It had an imposing presence and everything around looked and felt miniscule. The soaring gopuram (an entrance to a temple) that is common in south India gave it a majestic look. The Arabian Sea at the backdrop and the temple in the forefront gives a panoramic view that would be a shutterbug’s delight.

Murudeshwar is one of Lord Shiva’s many names. Legend of this temple is a leaf from the epic Ramayana in Threthayuga. It is told Ravan the asura king of Lanka did penance to become immortal. Pleased with him Shiva offered the atmalinga to Ravan on one condition if placed on the ground before reaching his destination it would lose its power. The Gods were worried as with the power attained Ravan could invoke havoc on earth. Lord Vishnu decided to play a trick. He blocked the sun with his Sudarshan Chakra (wheel). Mistaking it to be evening the time to perform his daily puja (Sandyavandhana) Ravan was in a fix, as to where to place the atmalinga when Lord Ganesh disguised as a Brahmin boy passed by him. Ravan asked the boy to hold the atmalinga till his puja was done. The boy agreed to it but on one condition he would hold it till he could bear its weight after which he would call Ravan thrice and if he doesn’t return the atmalinga would be left on the ground. But Ravan didn’t return by the third call and the boy placed the atmalinga on the ground where it got entrenched. Vishnu then withdrew his chakra and it was broad daylight again. Furious with rage and wrath Ravan tried to pull the idol but it didn’t budge and took the shape of a cow’s ear (Gokarna). He flunged the case of the idol and it fell at Sajjeshwar. The lid fell at Guneshwar and the cloth tied around the idol at Murudeshwar.  When Shiva got to know about it he visited all these places and called them his Panchakshetra. You could find the beautiful depiction of this story in the Murudeshwar temple premises. The next day we headed for Gokarna via Honavar and Kumta. The drive along the coastline is scenic with the blue sea shimmering around. Gokarna is a small town and the temple of Mahabaleshwar finds devotees thronging. Here men need to unclad their torso while in the temple. This place is one of the seven Mukthisthalas in Karnataka the others being Udupi, Kollur, Subramanya, Kumbasi, Kodeshwara and Sankaranarayana.  You could find many foreigners in Gokarna, as in Goa. There are many stalls outside the temple selling various handicraft items and souvenirs. Something to watch out for is the handiwork made of the roots of a plant. After paying homage to the deity we drove to the well known Om beach. The beach has acquired this name as its top view resembles that of the Hindu symbol Om. It isn’t crowded like those in Goa. The waves ebb on to your feet probably with the sound of Om. The coconut trees on the threshold of the shores, the gentle breeze and the saline smell around you gives a mesmerizing feel. You are at peace and wouldn’t desire for more. One can sit on its shores for hours and watch the beautiful sunset. You would wish to stay for eternity in its calm, un-spoilt and serene expanse. Gokarna – bliss of life!