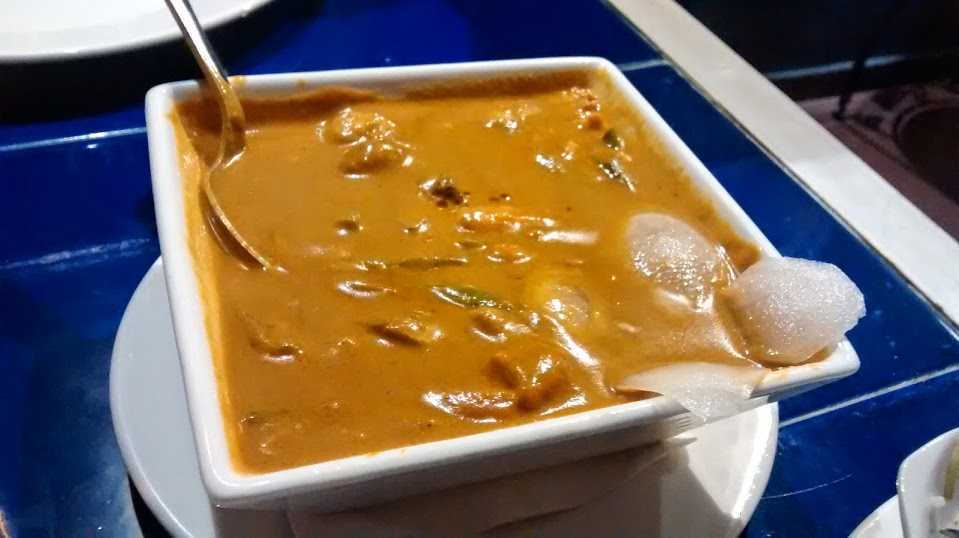 As I parked my car and walked into the building I saw a cycle rickshaw beautifully decorated with colourful flowers. I walked up the stairs to find myself surrounded with murals of flowers on the wall. Flowers seemed to rule the theme. I was greeted by three ladies in black as they asked our choice of seating.  I had come down for dinner and also to have some gala time with my family. Malaka Spice Restaurant opened in Koragaon Park, Pune in 1997. Recently they had opened up in Baner, Pune and that was where I had dropped by over the weekend. 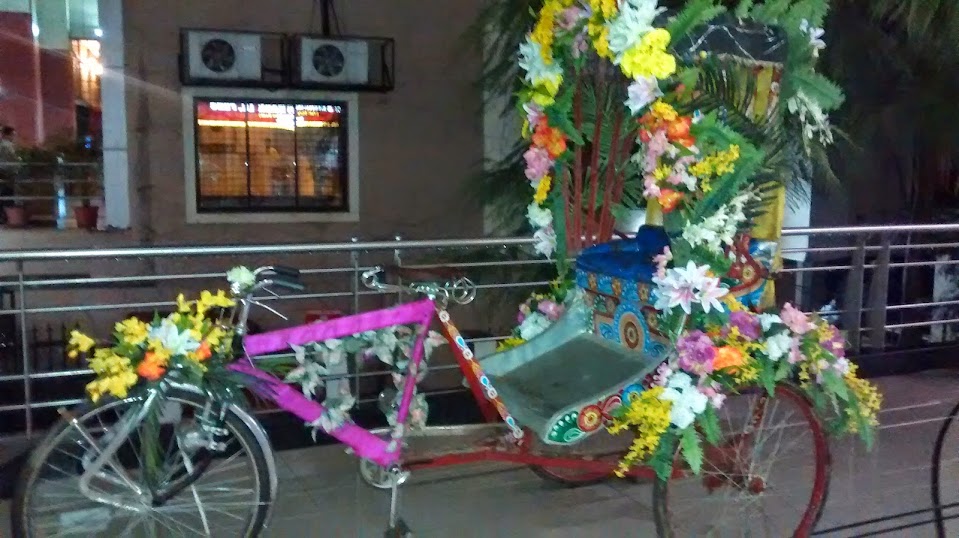 The A/C area was brightly lit up and juxtaposed against the open area which was dimly lit with Chinese lanterns and paintings adorning the wall.  After some inspection and discussions with my kids we settled for the open area. 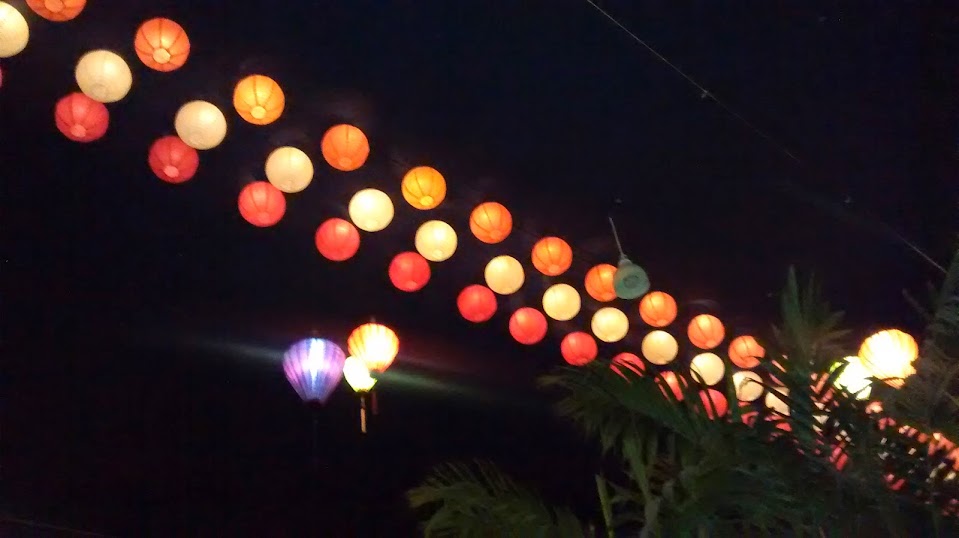 Malaka Spice specialises in South East Asian Food. You can find Thai, Malay, Burmese, Vietnamese cuisines here. The dining furniture is wrought iron and various paintings adorn most of the walls of the restaurant. We started with the Malaka Tom Kha soup a perfect concoction of chicken, mushroom in coconut milk with lemon grass, galangal and Kaffir Leaves. The kids loved it for it was a perfect kick start in the damp weather. 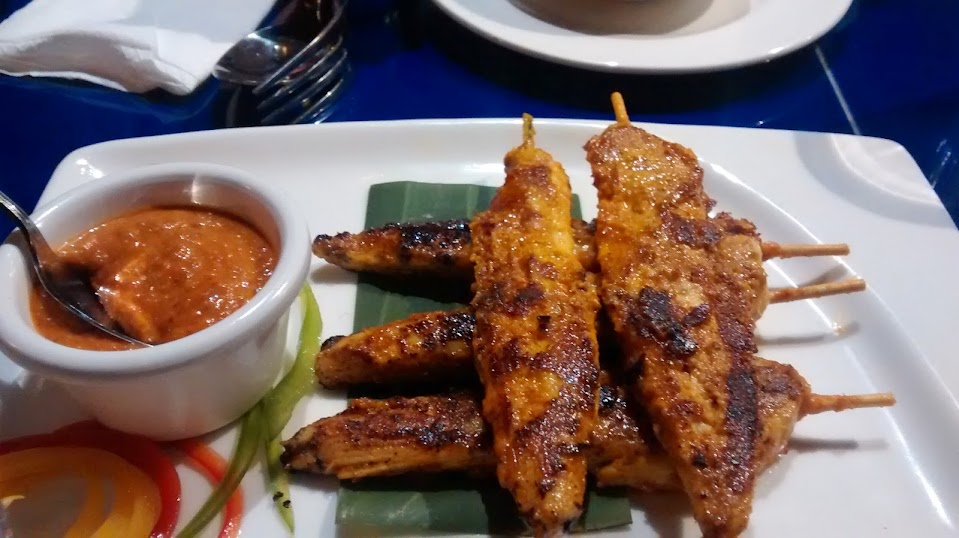 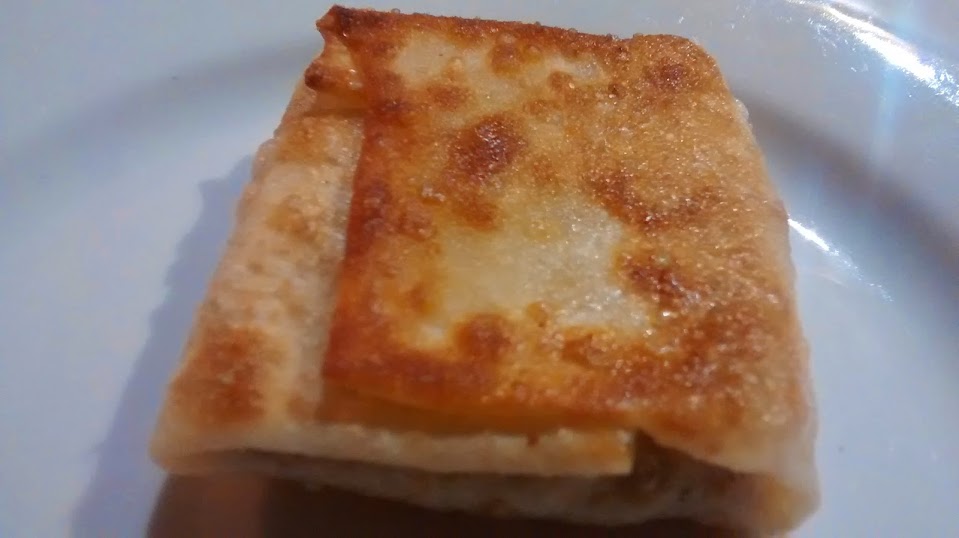 We were digging into the starters when suddenly I heard a bell ring. A waiter was walking through the restaurant ringing a bell like a Santa visiting people during Christmas. A card was placed on every table which stated it was the Bell Hour from 8:30 to 9:30 p.m. So that meant there were discounts on specific products. Wine was sold on the MRP rate; grilled sea food was available without the preparation charges. One could choose from a Red Snapper, Pomfret and the crab. Quite Innovative I must say. 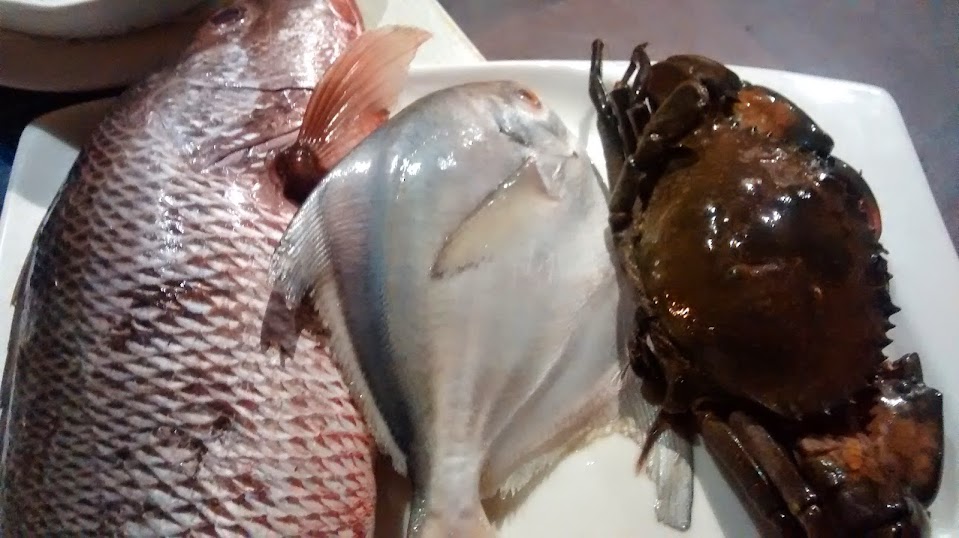 We had already placed the order for the main course and it was Malaka Penang Curry with Coriander Rice and Roti Kanai a layered Malay paratha. The paratha was soft and had a subtle sweetness to it. The cinnamon, clove, coconut milk creation complemented the long grained coriander rice perfectly. 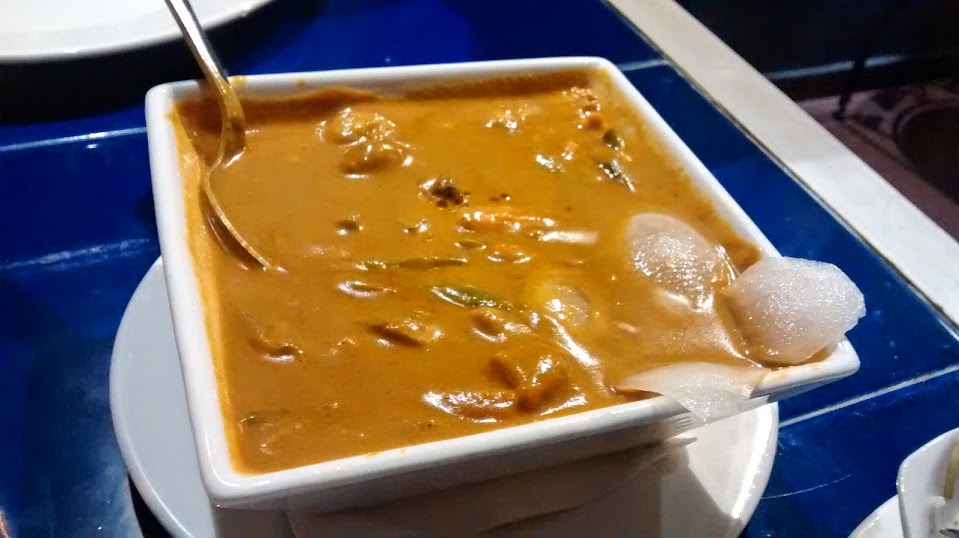 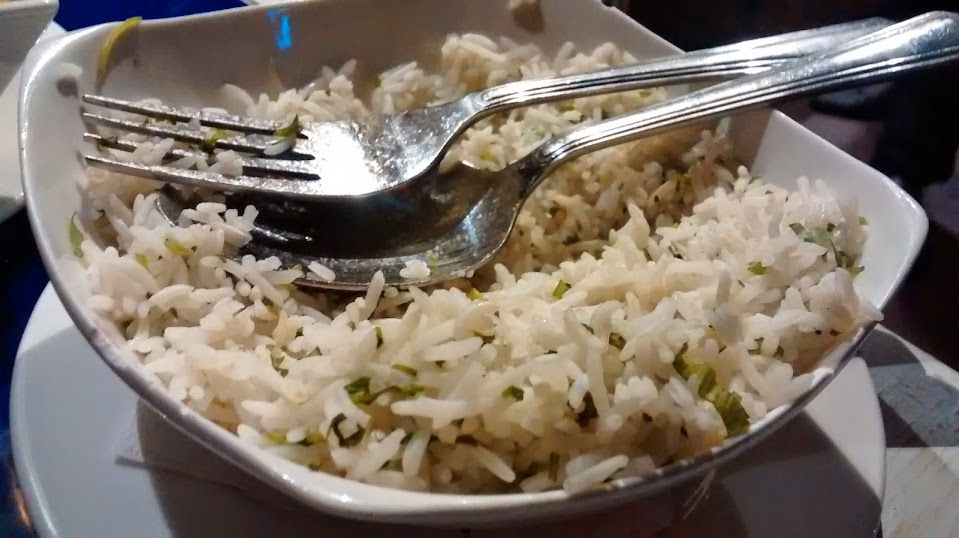 The kids voted for their favourite chocolate brownie with ice cream though I found it quite average. 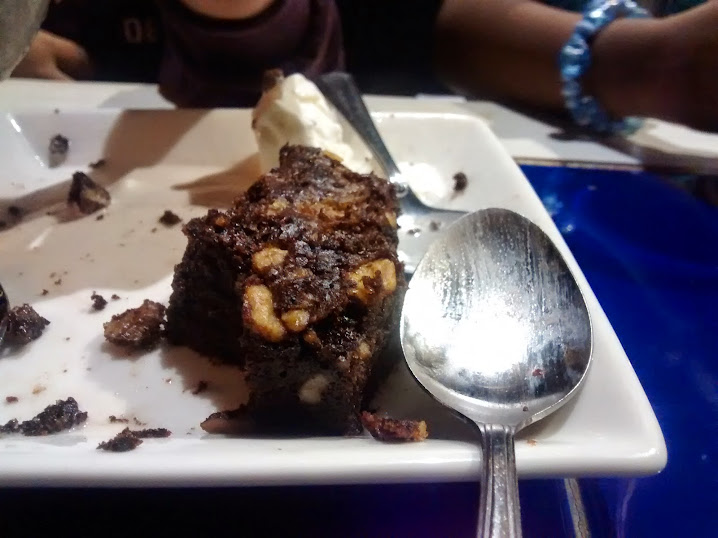 You can definitely visit this restro if you are the experimental types and have a palate for the South East Asian cuisine.

Malaka Spice does specialize on its merchandise but we weren’t introduced to it during our visit.