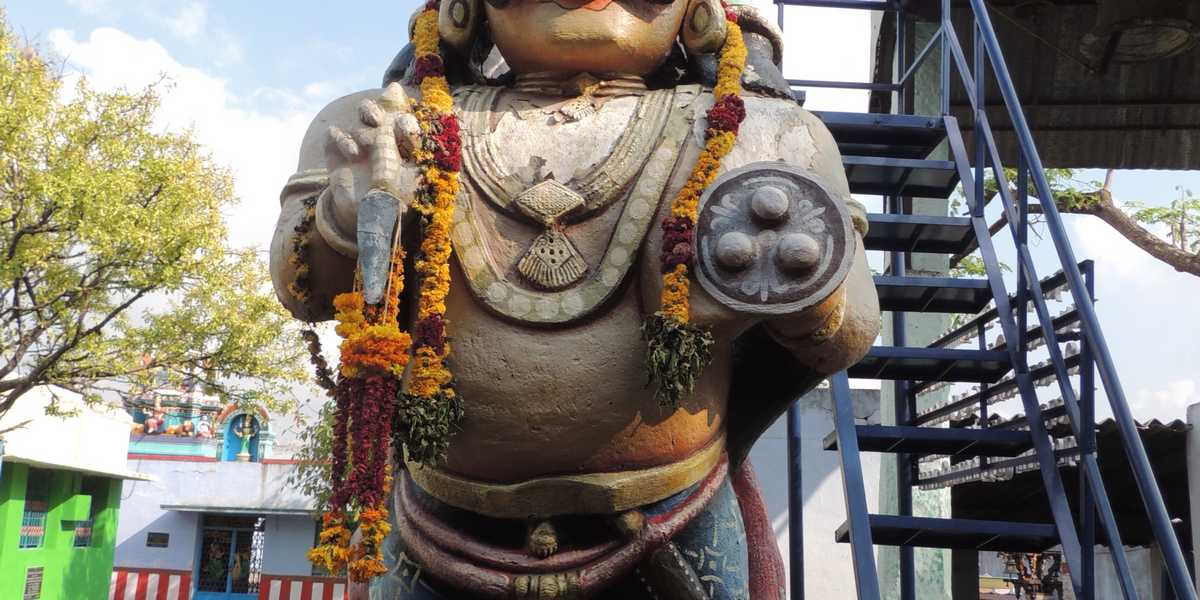 It was my maternal grandmother’s first death anniversary, me and my cousins travelled to offer our prayers to the clan deity Lord Shiva. A forty five minute ride from Sivakasi, Tamilnadu in an auto rickshaw took us to the Koodamadayar Temple in Puthupatti on the banks of River Arjun. Kooda meaning basket and adayar meaning closed in Tamil. Legend states a villager stumbled on to this place and blood started oozing from the land. He covered the place with his basket and left for the day. Later people lifted the basket to find a shiva linga under it. A temple was built at the same place and since then eighteen Tamil communities worship the lord. During the 1970s the Arjun river was in spate and the bridge above it was in floods. Today there isn’t a single drop of water in the river. Beside the Shiva temple is an Ayyanar statue or guardian god. The statue of Ayyanar is colourful with a sword in hand riding a white horse.  He is one amongst the numerous deities who belong to the Hindu pantheon. It is told he is the protects the village from all sort of evils. Normally Ayyanar temples are found in the fringes of the villages.

With a handle bar moustache and weapons in hand the Ayyanar deity looks majestic. 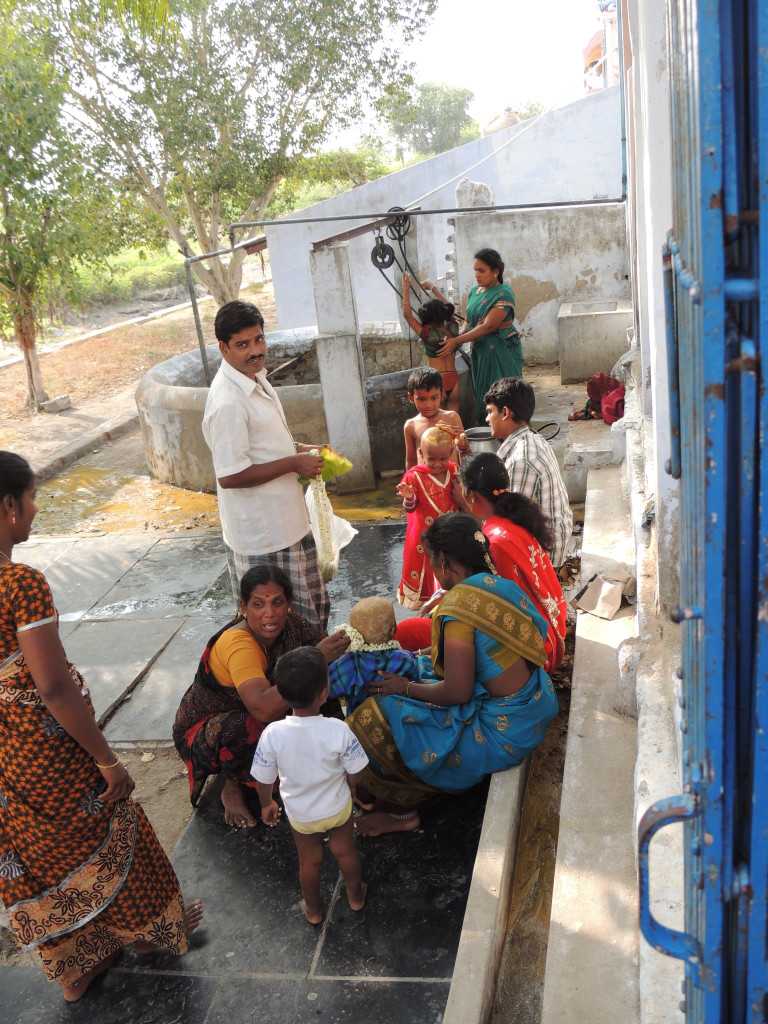 Little ones head is tonsured in the  clan deity temples and later smeared with sandalwood for a cooling effect and also to heal the cuts. 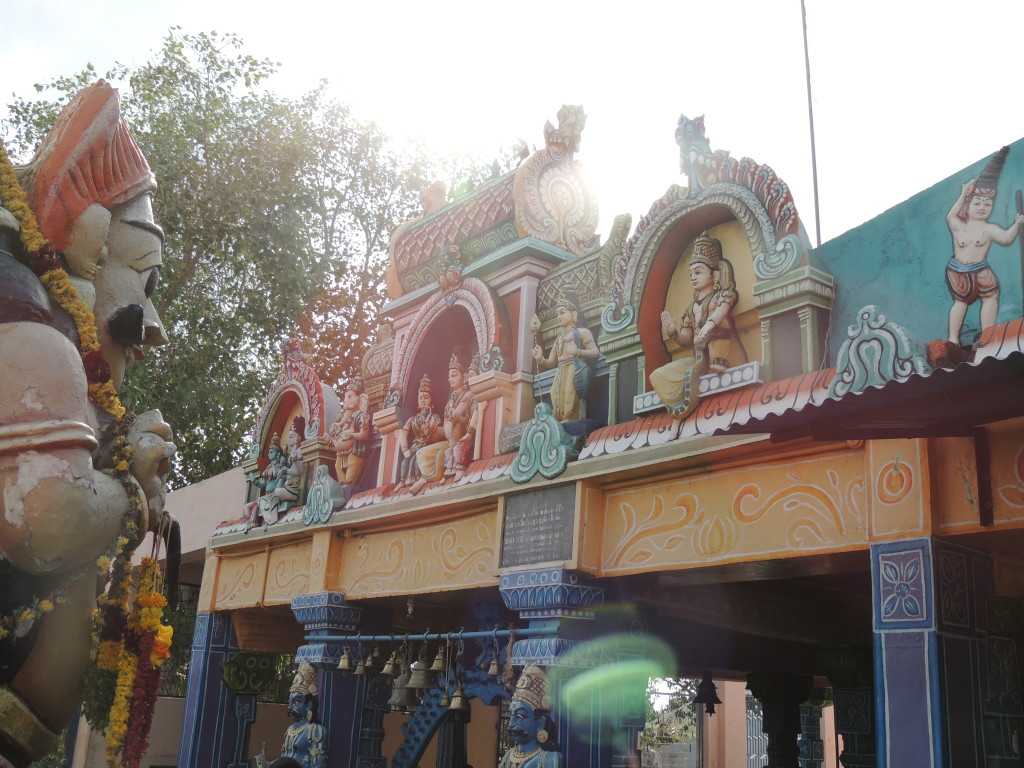 Entrance to the Sivan Temple

The priest of the Ayyanar temples normally do not belong to the Brahmin community. 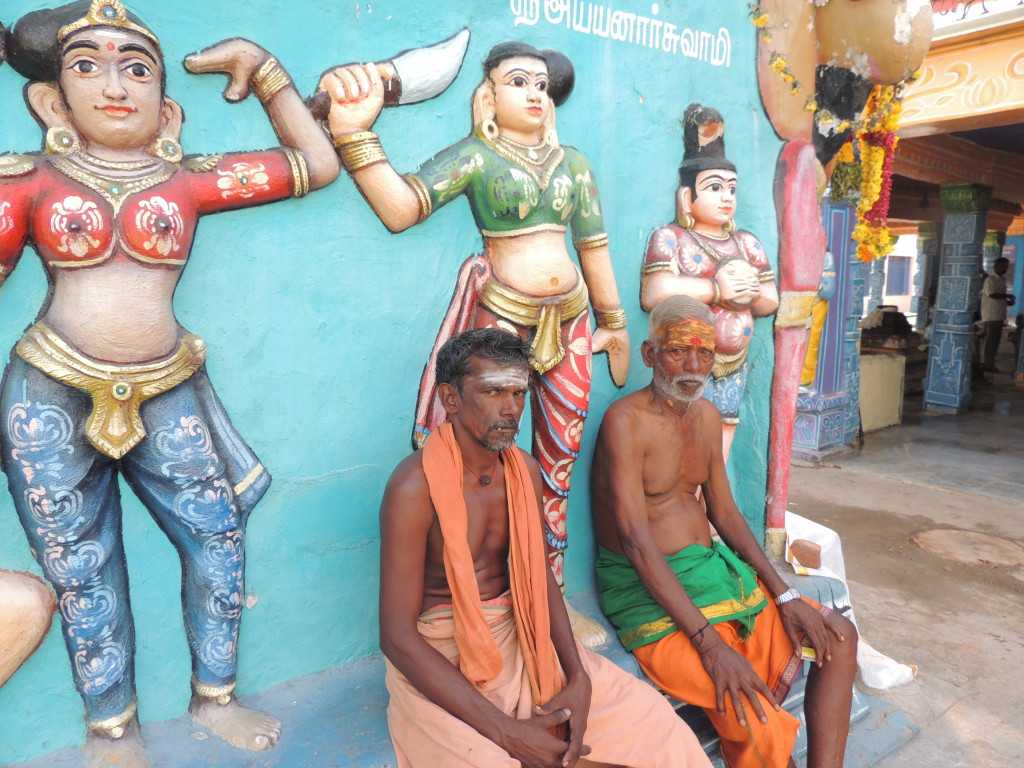 Priests of the temple

Have you visited the temple of your clan deity? Do you have Guardian Gods in your tradition?