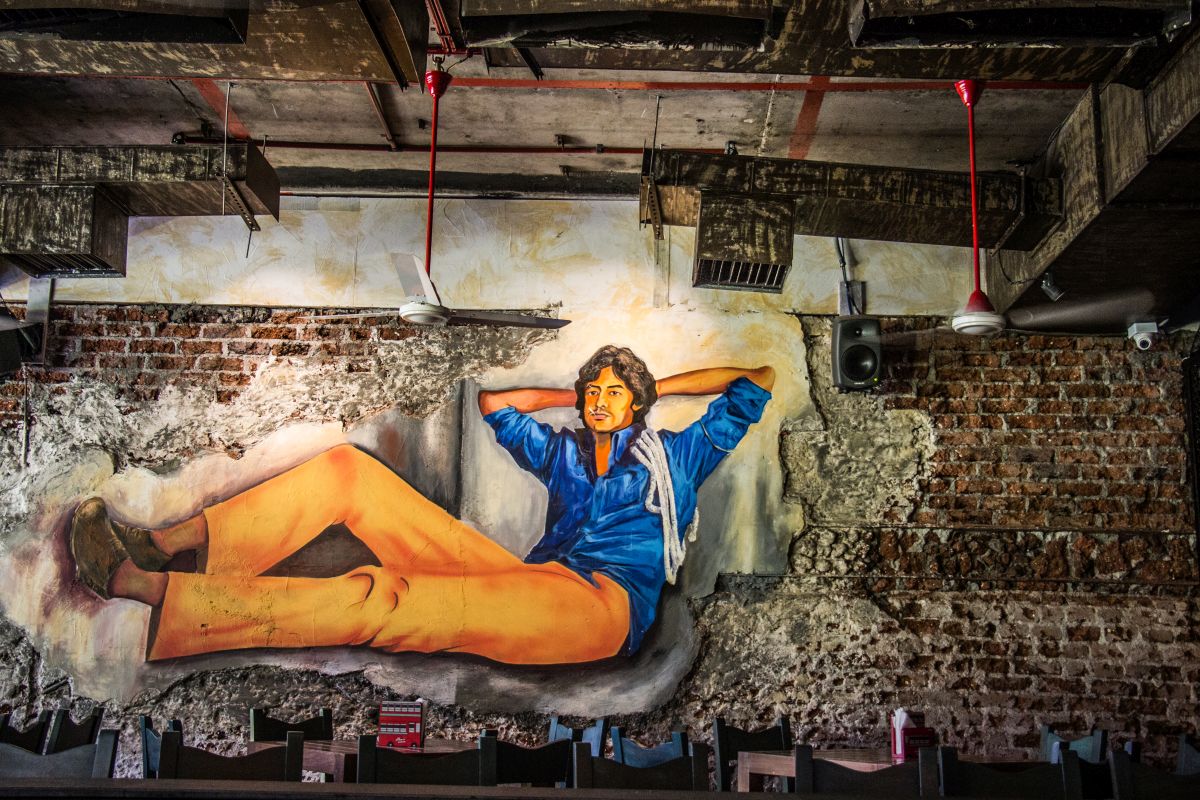 When I received an invite for a tasting session at Bombay Bronx that talked about Bombaiya or Bombay Street Food I wondered what would be in store. But Bombay Bronx didn’t disappoint me as I was blown away with its amazing array of street food part of the Bombay Chowpatty Buffet.

As I walked into this restaurant located at Dhole Patil Road, Pune I found its interiors quirky and interesting. On one of the walls was a life sized mural of the Big B. One end of the restaurant was done as if you are seated in a Bombay Local train with windows painted on the wall, seats like those in the local and hand holds hanging above you. 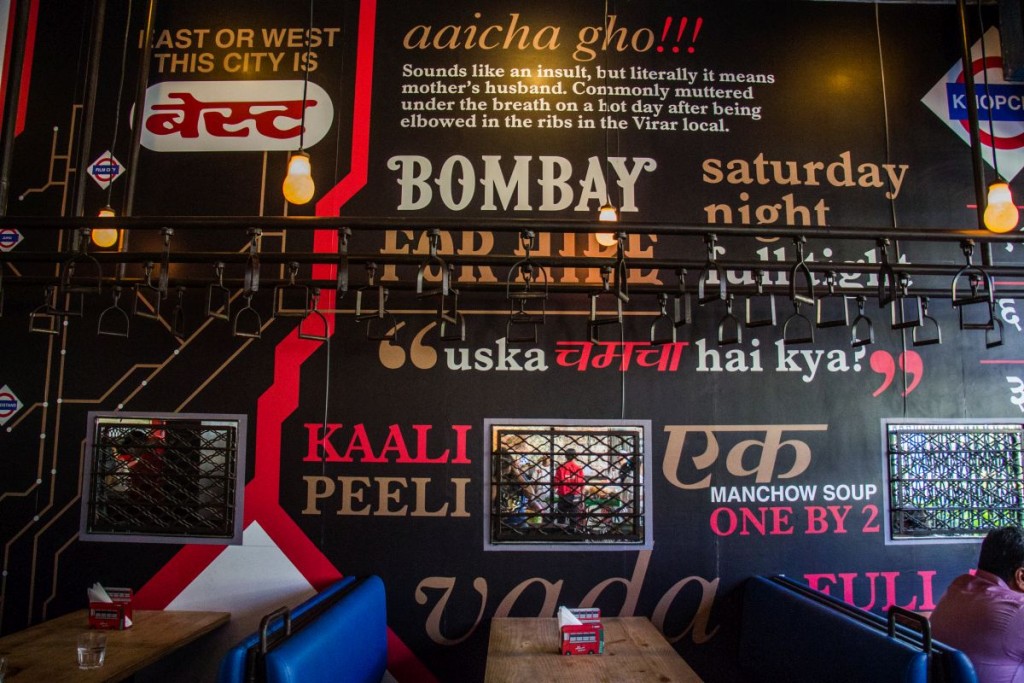 Just beside this section were seats that gave a feel of being seated in a Mumbai Taxi. An auto rickshaw stood in one of the corners, while the ubiquitous dabbas (tiffinboxes of the Bombay Dabbawallas) hung in the mid section and were also placed below the table. A haath gadi with huge matkas reminded me of the Chaatwalas at corners of almost every lane. Old time Bollywood video cassettes hung on the wall as did a mural of a Koli woman (fishmonger). 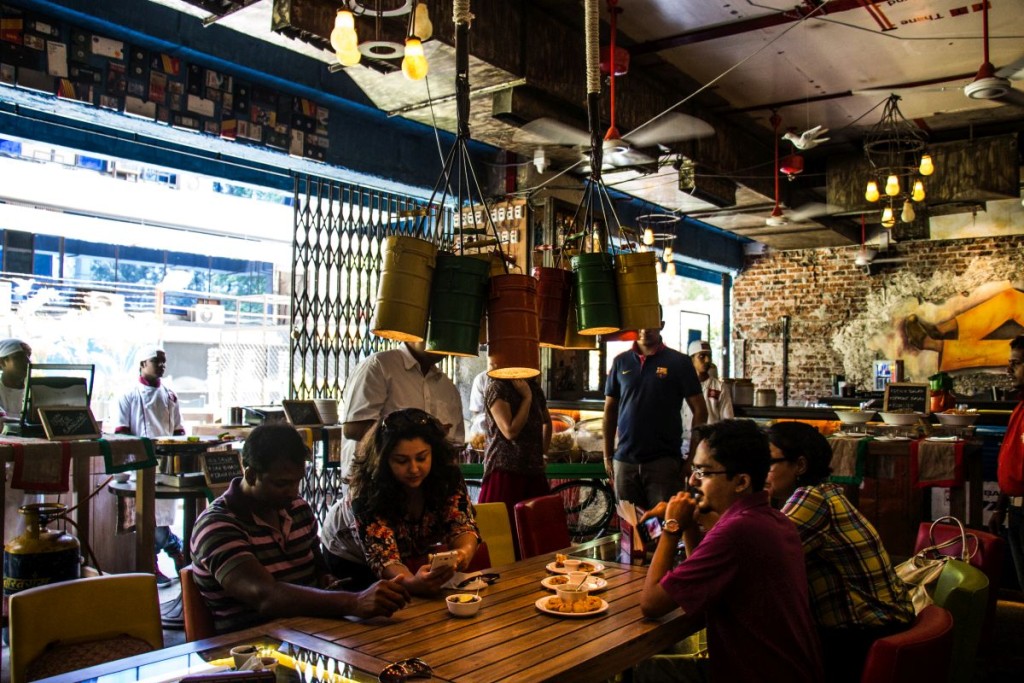 We started off with the starters like the Kothimbir Wadi, Batata Wada, Chicken Schezwan, Prawns Fried and Egg Bhajias. They tasted good with the chicken starter being my favorite. 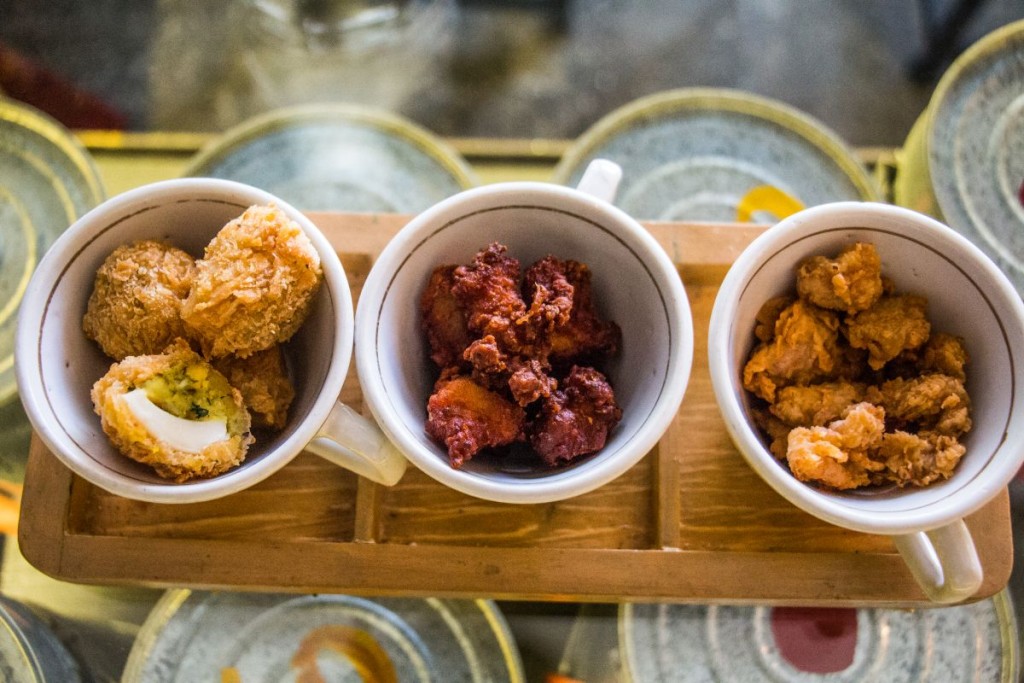 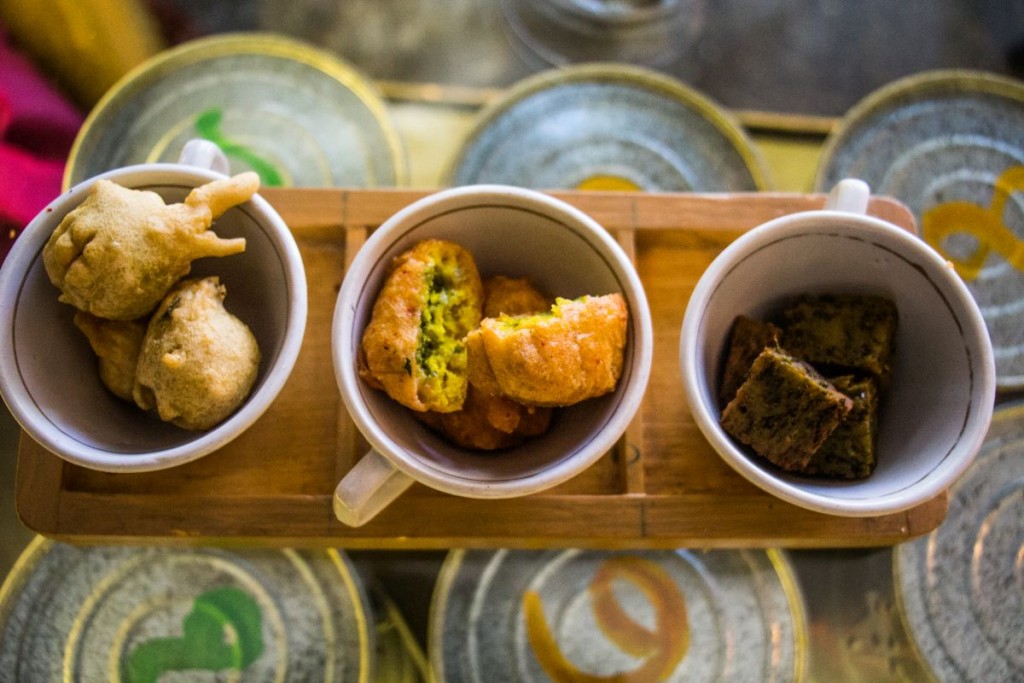 Next came a variety of chaats like pani puri, papdi chaat, bhel etc. I dug into the papdi chaat and it was a decent pass. What caught my eye were the colorful cocktails served by the bartender. With the Zanjeer movie 786 Badge tied around their arm the waiters served their signature drinks with elan. Iced Peru, Aam Panna, Pani Puri with a dash vodka and Jal jeera with whisky are an absolute delight. My personal favorite was the Iced Peru with mirch and namak on the glass rim that was a great accompaniment to the starters and the Pav Bhaji. There was the regular veg Pav Bhaji followed by the delicious Kheem Pav Bhaji. 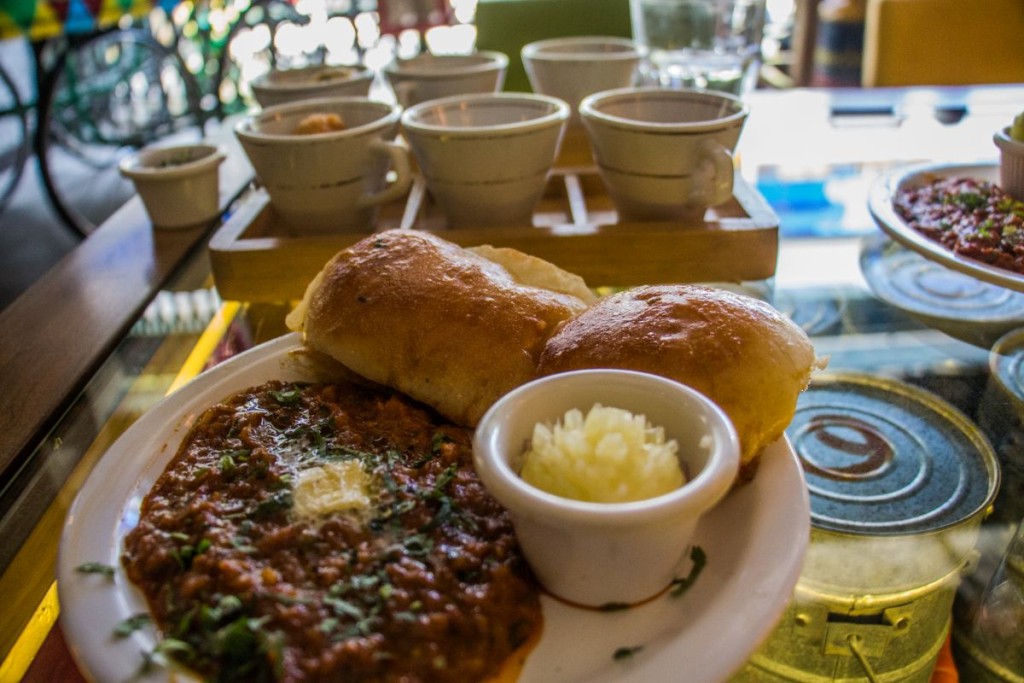 You can also dig into the Tawa Pulav and Egg Bhurji at the tawa counter. The hot veg sandwich didn’t lag behind either with a generous filling of paneer (cottage cheese). I didn’t check out the non veg option but I am sure it wouldn’t disappoint the guests. 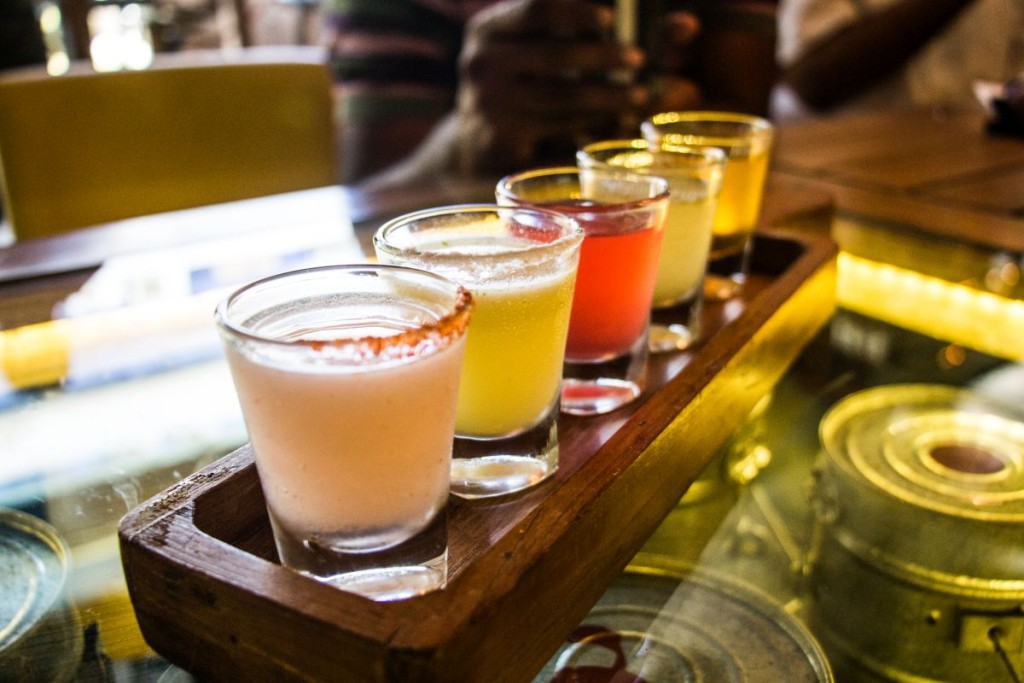 If you would want to avoid alcohol you also have the virgin options of Jal Jeera, Aam Panna, Nimbu Pani, Kalakhatta, Sol Kadi  etc. with the menu changed on a daily basis. As I moved to the main course I found the jeera rice and the dal cold. The induction stove wasn’t switched on hence it didn’t deliver the required punch. The chicken curry with Indian Bread (Naan and Rotis) was good. Chocolate Fudge was tender and delicious but the sevai kheer didn’t meet up.

Would I visit Bombay Bronx again? Definitely for its street food, vast range of cocktails and the amazing ambiance though not for the main course (buffet).

Bombay Bronx opened up April’15 in Pune. They also have a branch in Breach Candy, Mumbai. The Pune outlet also has an outdoor dining option. The cocktails aren’t part of the Buffet, also if you wish you can check out their ala carte menu as well. Their Dhongri Galli Thali did catch my eye, next time probably 🙂

Bombay Bronx, go for that feeling of Bambaiya style Khau Galli dining with a decor that would take you to the city of dreams.