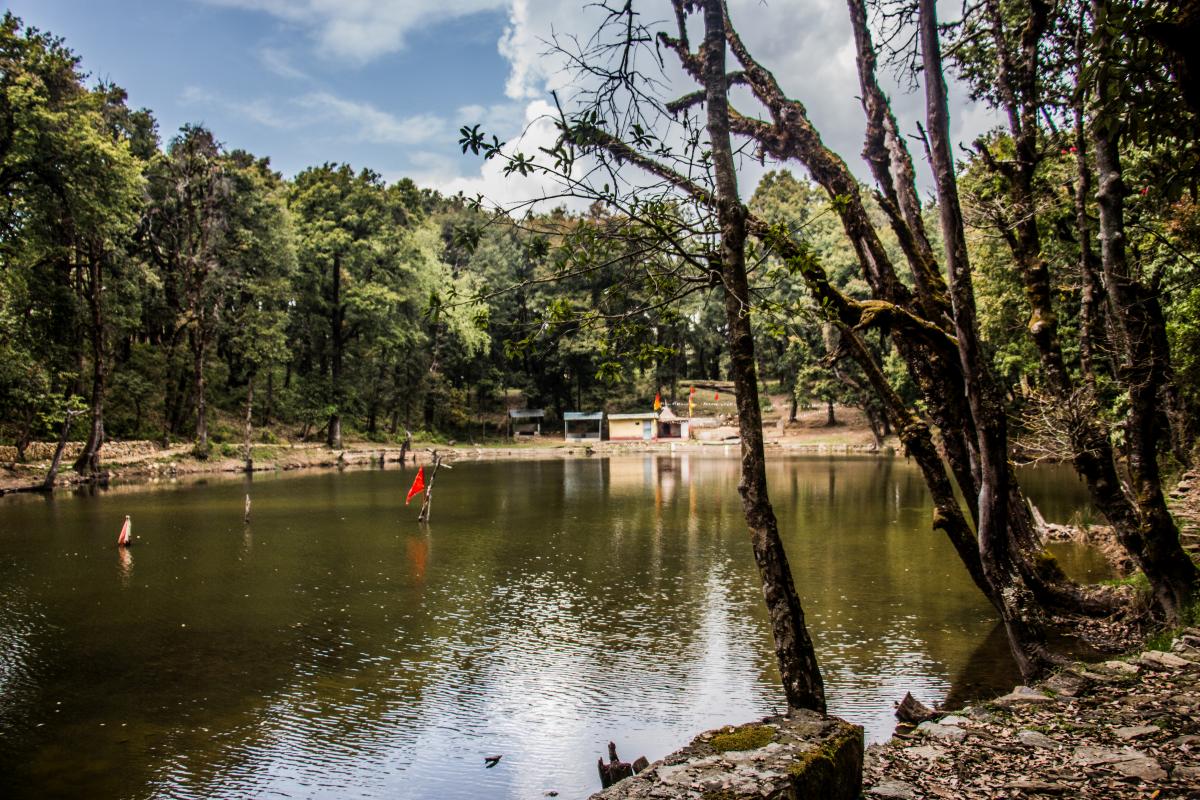 The Uttarakhand region is peppered with Taal (Read my trip to Agoda which is en-route to Doditaal) or lakes and Bugyals. During my recent trip to this beautiful state that never fails to leave you mesmerized I trekked to Nachiketa Taal. Legend of this Taal is quite interesting and a compelling read/hear. Today I shall narrate the story of Nachiketa a ten year old kid who found the gateway to hell and the truth behind life after death.

When I stayed in Kuflon Basics Shree the host, narrated this interesting tale that got me hooked. It is told Nachiketa’s father a poor brahmin who found it difficult to meet ends meet decided to conduct a puja to please the Gods. He had to offer alms to the priests after the puja. Managing a poverty ridden family of 10 children he found it difficult to give offerings. He had bought few old and ailing cows to be given to the priests. When Nachiketa the youngest of all the kids saw his father giving sick cows as alms he questioned his father on the act. He told him one should give the best and most liked as offerings to the priests. His father kept quite and continued with his act. Nachiketa who wasn’t the kind to ignore implored further and this irked his father. In a rage the Brahmin shouted, ” You being my favorite I give you as an offering to Lord Yama (God of death).” This statement left Nachiketa flabbergasted. He found it difficult to accept his father’s words. Soon He regained his senses and decided to fulfill his father’s words.

He left his home in search of Yama. But his efforts were in vain as he could not trace the death god. He sat crying in the woods when Narada heard someone weeeping. Narada questioned the kid and was shocked to hear the story, at the same time sorry for the kid. He told the kid to meditate by a nearby lake and said his prayers would soon be answered. Nachiketa mediated and prayed to the almighty. Shortly the earth parted to reveal an opening the size enough for a man to enter. Nachiketa walked through the hole and reached the doors of the God of death. The doorkeepers were stunned to see a boy all flesh and blood at the doorstep. They refused him entry but Nachiketa insisted on meeting Yama. Yama wasn’t available and Nachiketa stayed put for 3 days waiting for the death God.

When Yama returned to his palace he was surprised to see a living being. He questioned Nachiketa and the little boy revealed the whole story. Yama decided to do something for the little one and told him to ask for three boons. Nachiketa thought for a moment and asked the following –

Yama agreed on all except for the last. He told Nachiketa to ask for anything except the truth about life after death. Nachiketa an adamant soul refused to budge and Yama realised his folly. He granted all the three boons and Nachiketa came back through the same opening near the lake as the enlightened one. He is said to have lead a life of hermit by meditating and later attained salvation. The lake was called Nachiketa Taal after him. 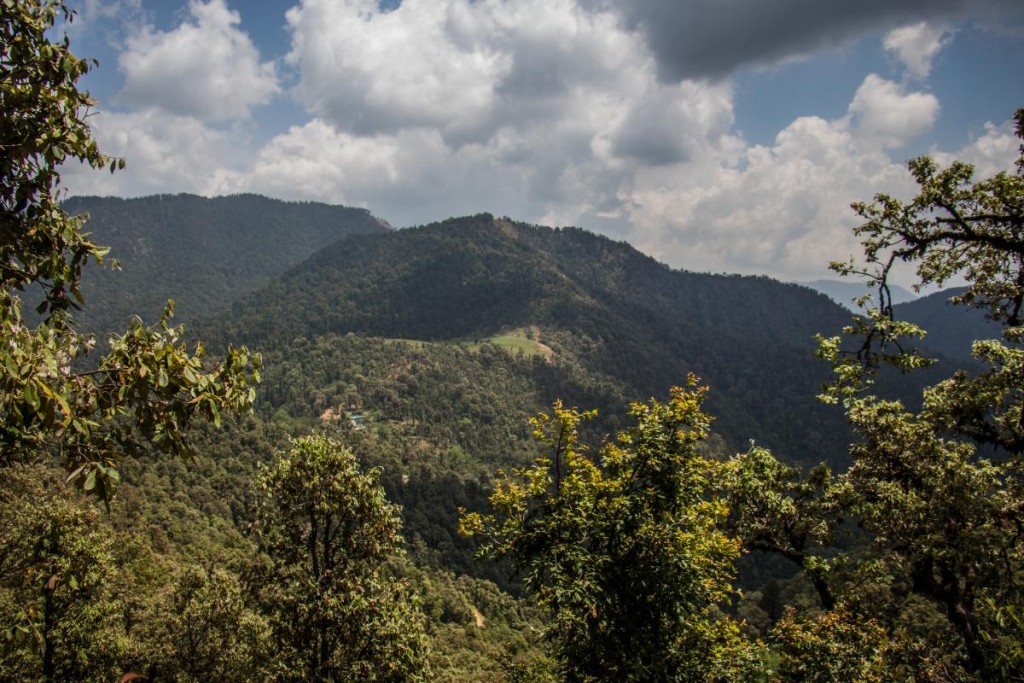 A one and half hour trek from Chaurangkhal this picturesque lake is situated in the Garhwal region. Chaurangkhal is around 30 km from Uttar Kashi and is best reached by taxi. It is told Rabindranath Tagore completed his work on Gitanjali beside this lake. A forest department check post gave me an entry ticket and I walked through the moss laden woods with oak, rhododendron trees. Dried leaves, flowers lay strewn on the trail. I was the only soul on the mountain making my way to the lake. Beautiful red rhododendron flowers were in bloom and ferns, stinging nettles grew all along the path. The cicadas were busy making noise with their tymbals in groups. The clouds started to gather as I saw the bugyals in the distant mountains. As I neared the carp filled lake the air got chilly. A lone hermit sat by brooding while I walked along the periphery of the lake and wondered on the antics of the ten year old called Nachiketa.

P.S You can find this story in the scriptures of Katha Upanishad 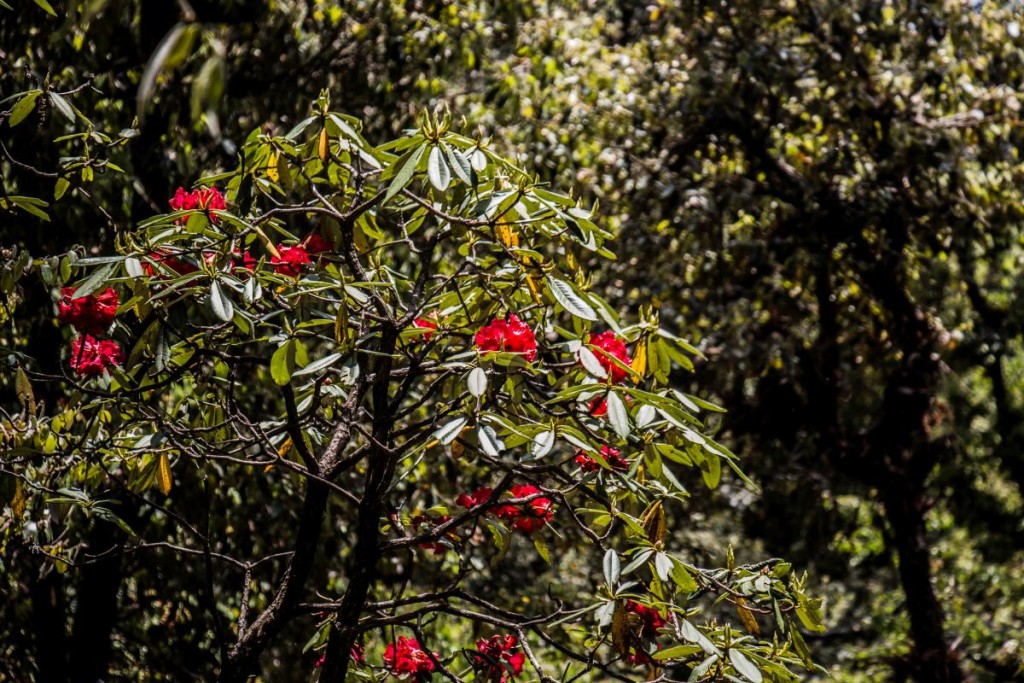 This story is a part of #MyTravelStory contest