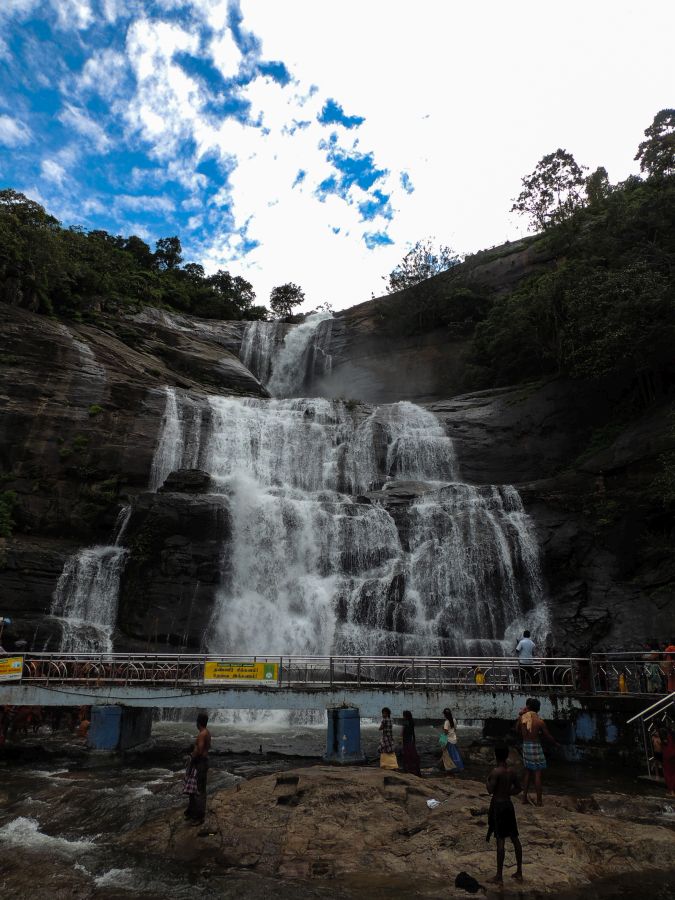 Follow my blog with Bloglovin
We were driving through NH208, surprisingly in the not so hot Madurai weather. My uncle and aunt decided to take me to the spa of south India called Courtallam in the Tirunelveli district of Tamilnadu. I had just returned from Chettinad after scouting numerous arresting mansions, beautiful temples and savoring mouth watering Chettinad dishes. Madurai the city where I was born is also my maternal aunt’s place and the kind lady decided to take me on a whirlwind trip as my birthday gift. I had turned a year younger and I was away from my home and family in Pune.It took us 4.5 hours as we crossed the town of Tenkasi and reached Courtallam nestled in the Western Ghats. Perennial rivers originate in this region which is surrounded by the mighty Agasthiarmalai ranges. Legend states that the renowned sage Agastya was sent down South to rectify the imbalance produced because of overcrowding in the North during Lord Shiva’s marriage. Courtallam is abound with huge, ferocious roaring waterfalls that fall from heights and shatter like spheres of white pearls on the earth. The water flows through forest abound with herbs, medicinal plants and trees, hence is said to be highly therapeutic in curing ailments. The force with which the water pours down is said to relax the muscles and nerves. Courtallam is rightly called the Spa of South India.

The season starts from June and runs until September. Courtallam experiences a steady inflow of tourists throughout this period. The air is said to have a peculiar smell in the season with the constant drizzle and is said to be refreshing and intoxicating.  I had visited Courtallam in the off season (December) but the region had received rains in the last few weeks hence the falls were in abundance. 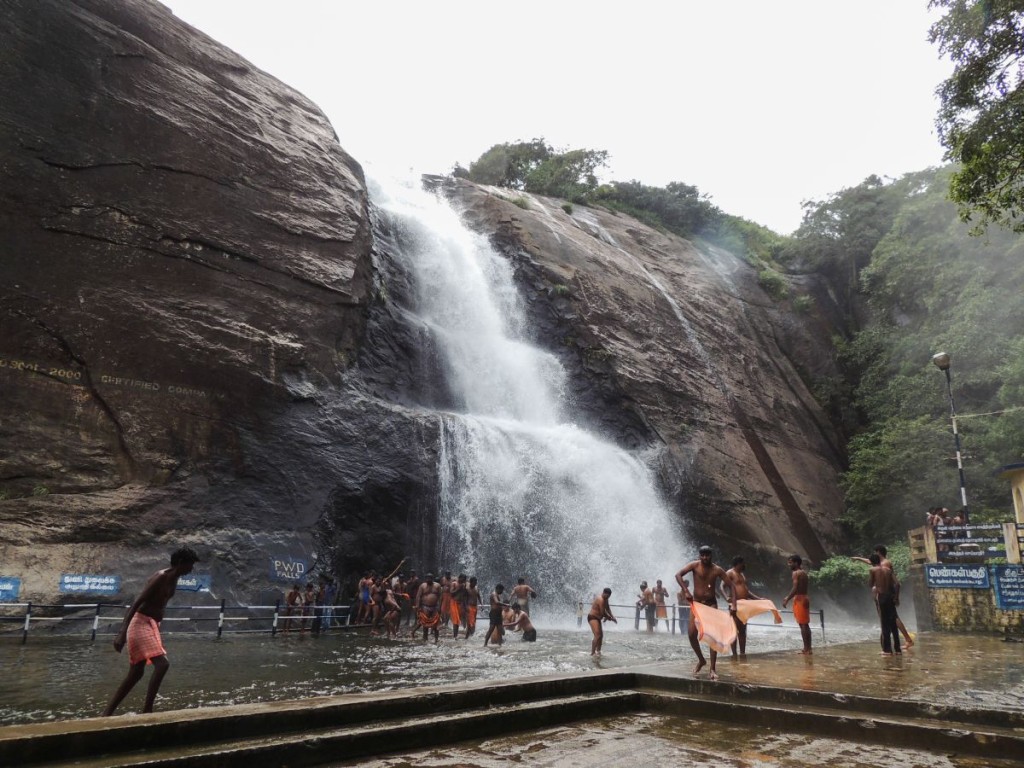 Old Falls used to fall between two valleys, the course of the water was changed to make bathing easier. This was done by cutting the rocks. 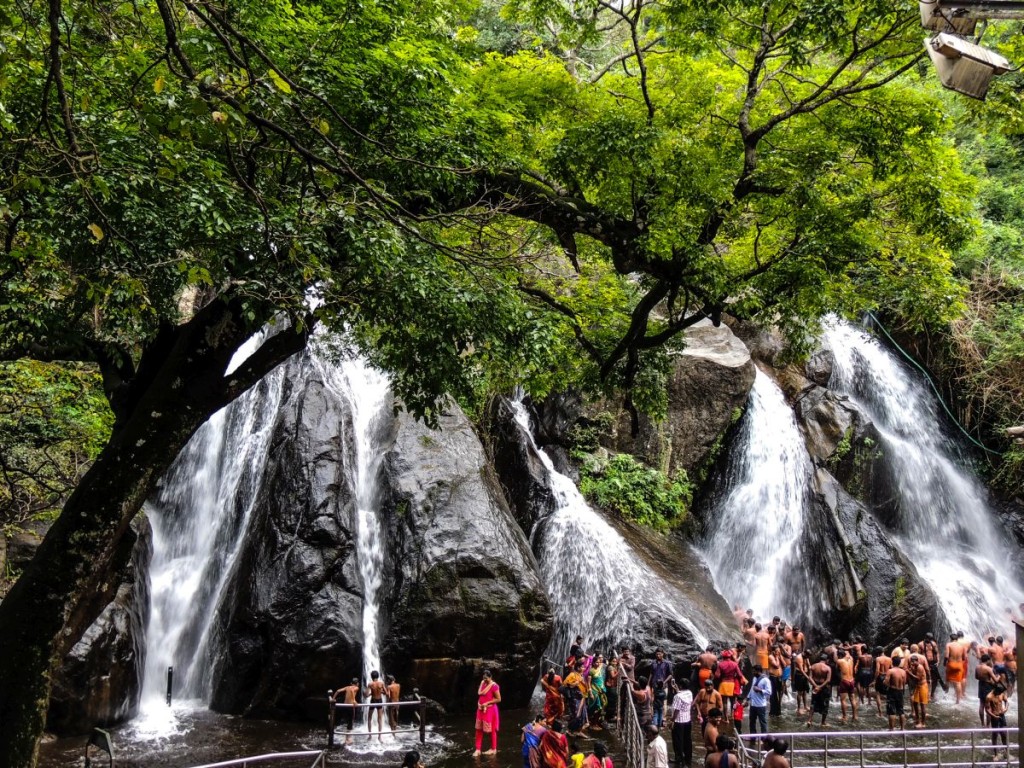 Five Falls is so called because of the five streams of water. There are many more falls like Honey Falls (Thenaruvi), Small Falls (Chitraruvi), Shenbagadevi Falls, VIP Falls and the artificially done Tiger Falls. Some of the falls are accessible only by trekking. 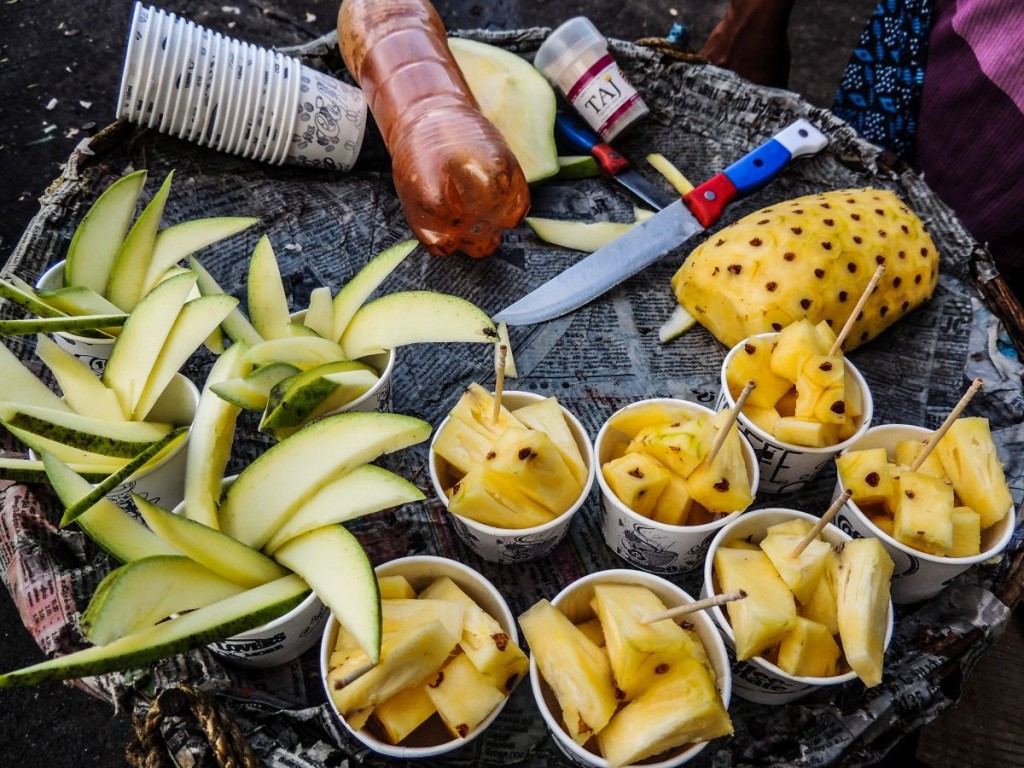 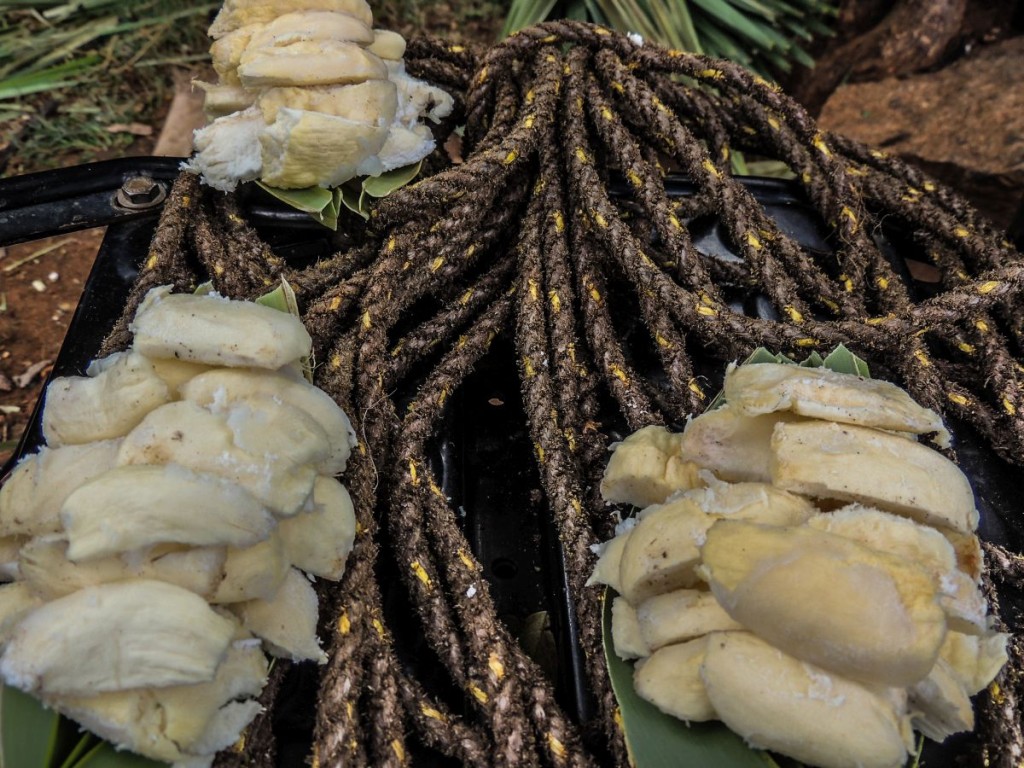 People are seen hopping from one falls to the other after taking a shower in each of them. Fresh fruits from the mountains and snacks sold by the hawkers are enough to satiate the growling stomachs after each shower.  Hotels and health resorts are found across the region.

Despite hailing from Madurai it took me three decades to visit this beautiful destination that deserves at least one visit in a lifetime. People are seen taking a shower in a waterfall later hopping into a car to visit the next falls like a wet fish. But the damp clothes do not matter a bit as the thrill of getting drenched in the rains amidst the mist enveloped mountains through the aromatic woods is exciting. A shower in the spa of south India is worth every drop.