Posted on September 21, 2014 by Rathina Sankari 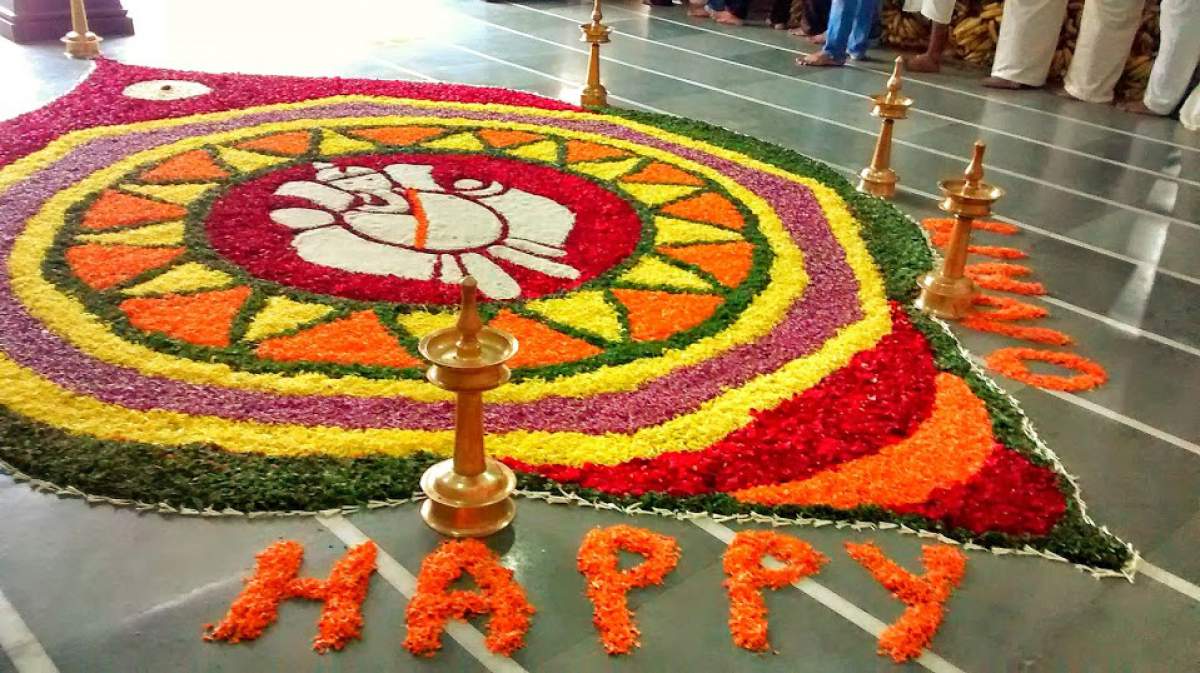 My exposures towards the Malayali festivals had always been restricted to wishing friends during the Onam and Vishu festivals. Having married to a Keralite the divulgence has increased and in the recent times reached home. Come Chingam, the month in the Malyali calendar all the Keralities  celebrate the ten day festival with pomp and fervour.

The first day Atham marks the start of this harvest festival. Today in most cities the festival has been restricted to the celebrations on the tenth day called Thiruonam. Legend states that the demon  King Bali had become a very influential and strong monarch of the pompous kind. Lord Indra was scared that he might become more powerful than the Devas. Hence Lord Vishnu donned the Vaman avatar and reached the land of King Bali who was busy with a Yagna. The Vaman asked for land equal to the size of his three strides and the monarch fondly called Maveli by his subjects agreed to it.

Lord Vishnu’s first stride took the entire earth, next one covered the heaven. When Mavali realised the folly he offered his head and Lord Vishnu placed his foot on the head of the King and pushed him to the netherworld. For the King’s greatness, Lord Vishnu granted him a wish to visit his land once a year. It is during Onam that the residents of Kerala welcome the King Mahabali (Great sacrifice) with celebrations and feast. It is that time of the year when the rains recede and the crops are ready to be harvested. It is the time to rejoice the bounteous yield. 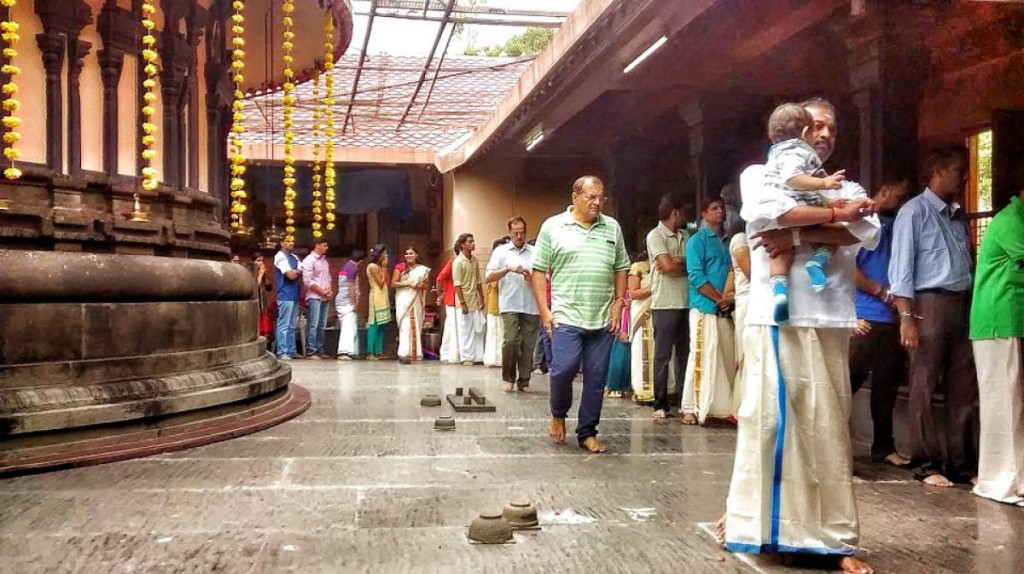 Devotees in the temple

The festival is celebrated by preparing colourful Pookalams or floral rangoli in every house. Thiruvathira Kali is performed by the ladies by dancing around tall deepams or traditional lamps. The snake boat race is a well known event that one shouldn’t miss if you are in Kerala during this festive period. It is the perfect rhythmic co-ordination of the boats-men that takes them to the finishing line. People visit the temples and offer their prayers to the Lord wearing the traditional Mundu and the set saree.

The Onam Sadya meaning the Onam feast or banquet is the celebration of food. A variety of Kerala dishes with the prominence of coconut in this cuisine is a lavish spread served with love on a banana leaf. Every home in Kerala would ensure a Sadya is prepared on the day of Thiru Onam for his friends, family and relatives. 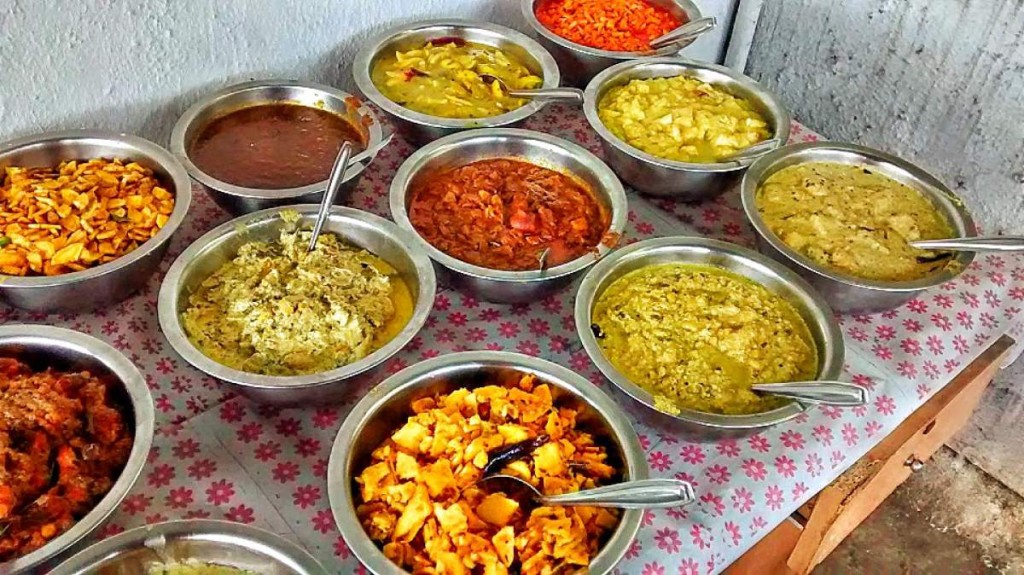 The art of serving this banquet on a banana leaf is something to watch out for starting with the salt, banana chips and sarkara varatti. The banana chips and the sarkara varatti are long tucked in before the next item is served. It is best to have this meal with hands, no spoon or fork to assist you. Numerous curries, poriyals, kuttu, Kichadi, Pachadi, Erissery, Olan, Avial, pickles made of various vegetables are a perfect accompaniment for the brown rice. The paruppu, sambar, rasam and curd is an amalgamation of various senses that tickles your palate. You end this heavy meal with a variety of payasams or puddings like semiya payasam (vermicilli kheer), paalaada payasam (rice pudding), parippu payasam (lentil pudding). 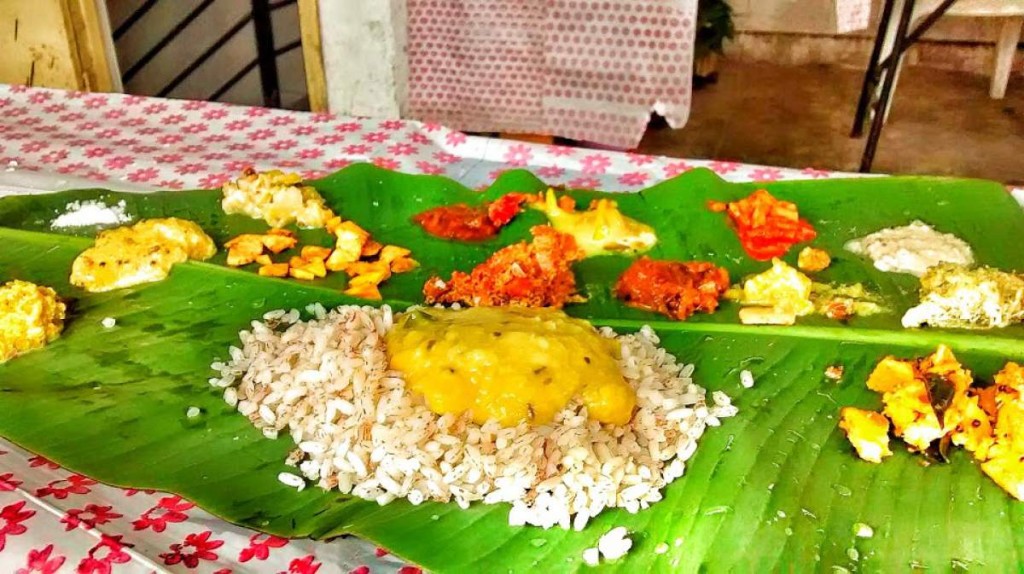 Some day I wish to be part of this festival in God’s own country and celebrate it the authentic way.

2 Comments on “The Onam Sadya”