I was in the city of Cuttack on the seventh day or Maha Saptami of Durga Puja. The city glowed with its neon light arches and the silver finery with which the deities were decorated. The city had it’s highs and lows with the economically not so well do to do one end and on the other end every family left no stone unturned to celebrate the festive occasion. It wasn’t grand scale like it’s close cousin Kolkata but never the less it had all the rituals followed to the T. 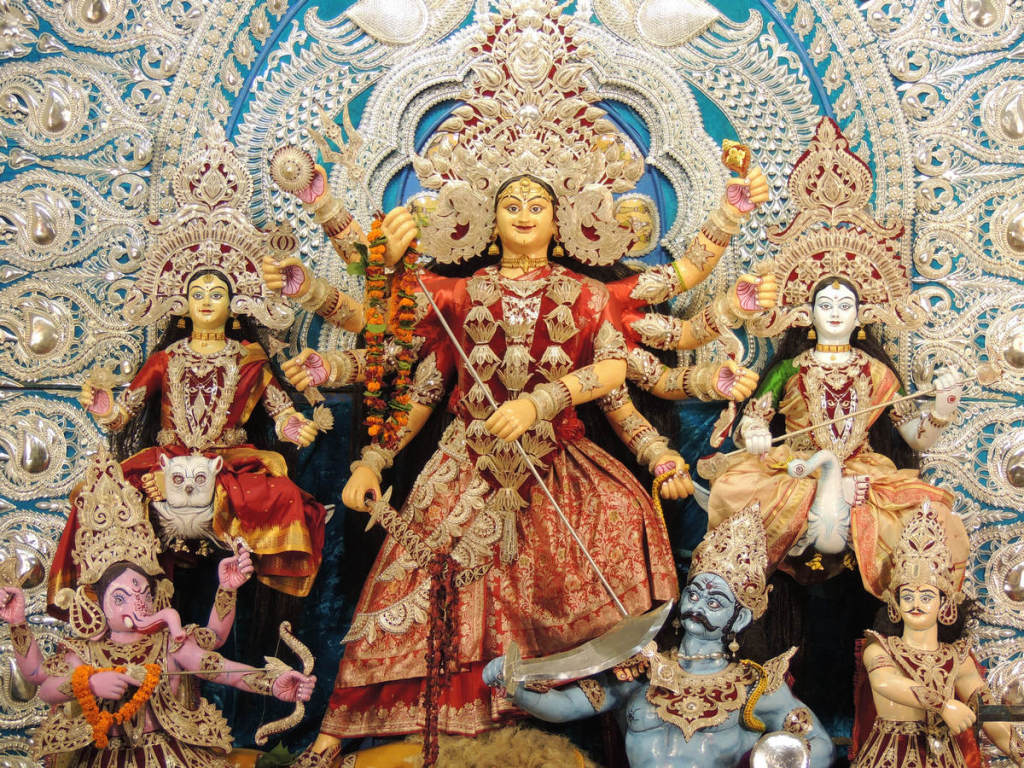 I stood by the banks of the Mahanadi river when a group of individuals walked towards the river. They had a huge plantain stem and a Kalash in hand.  The plantain stem was draped with a saree and vermilion was smeared on to it. 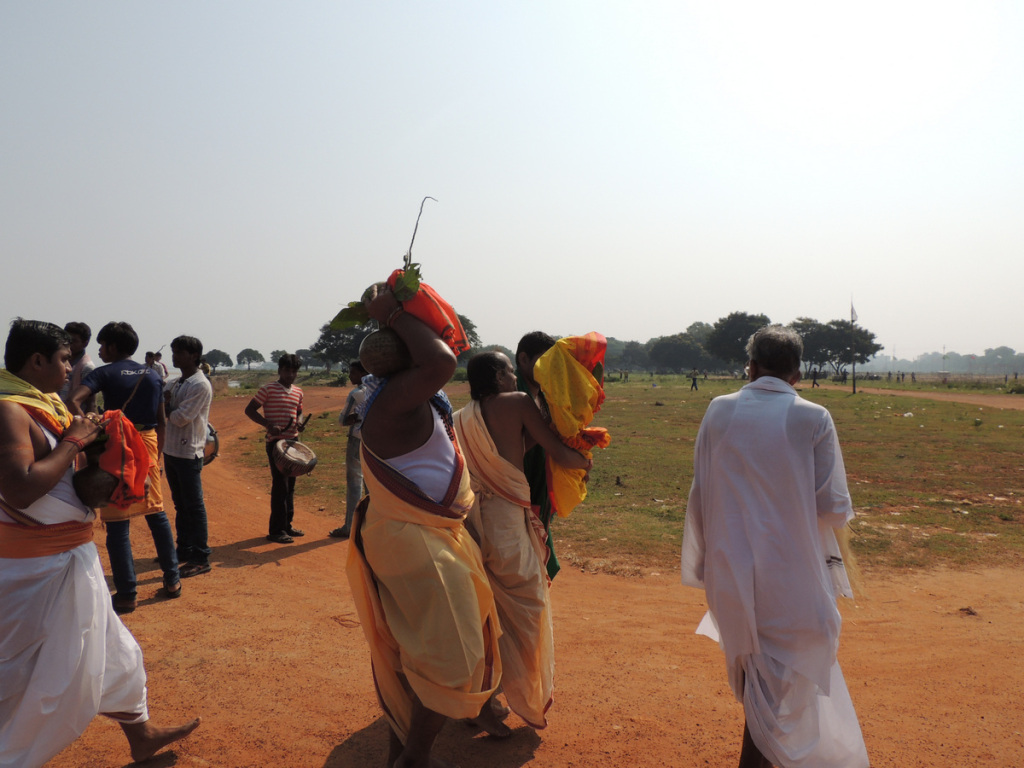 The devotees collected water from the river and the priest conducted a puja. This ritual is called Kola Bou in the local language. Pran Pratishtha is the ceremonial rite conducted to infuse life into the deity. 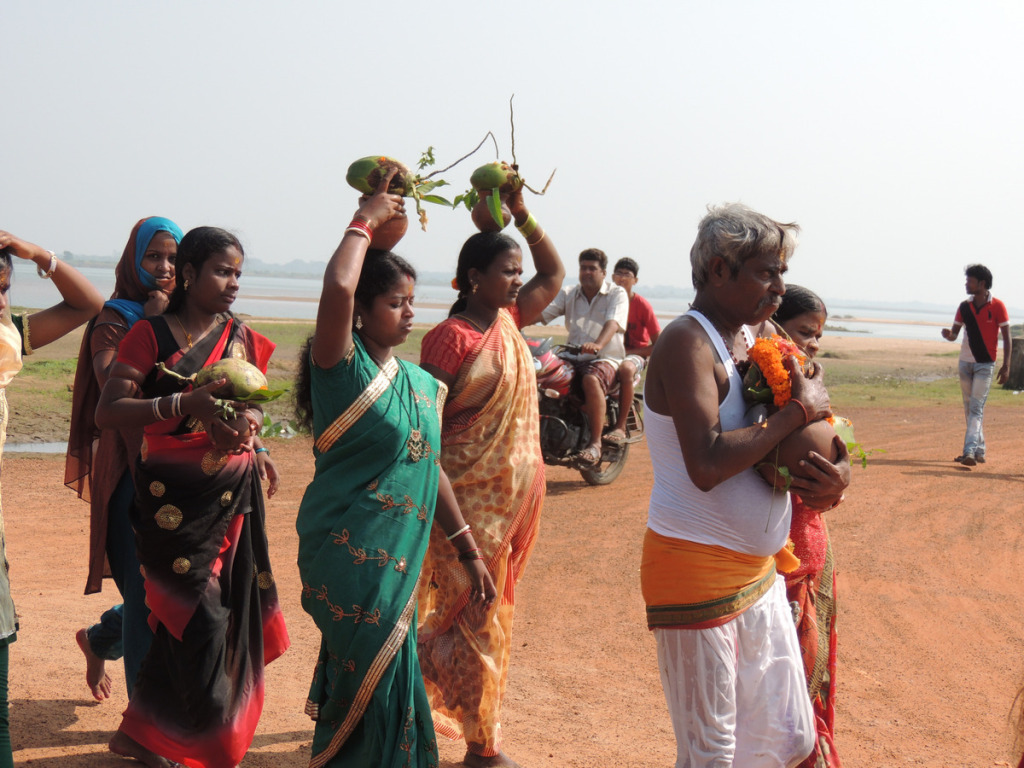 There are various versions to this custom. Some say the plantain is considered the wife of Lord Ganesh. After the puja it is placed next to the elephant deity hence the version. 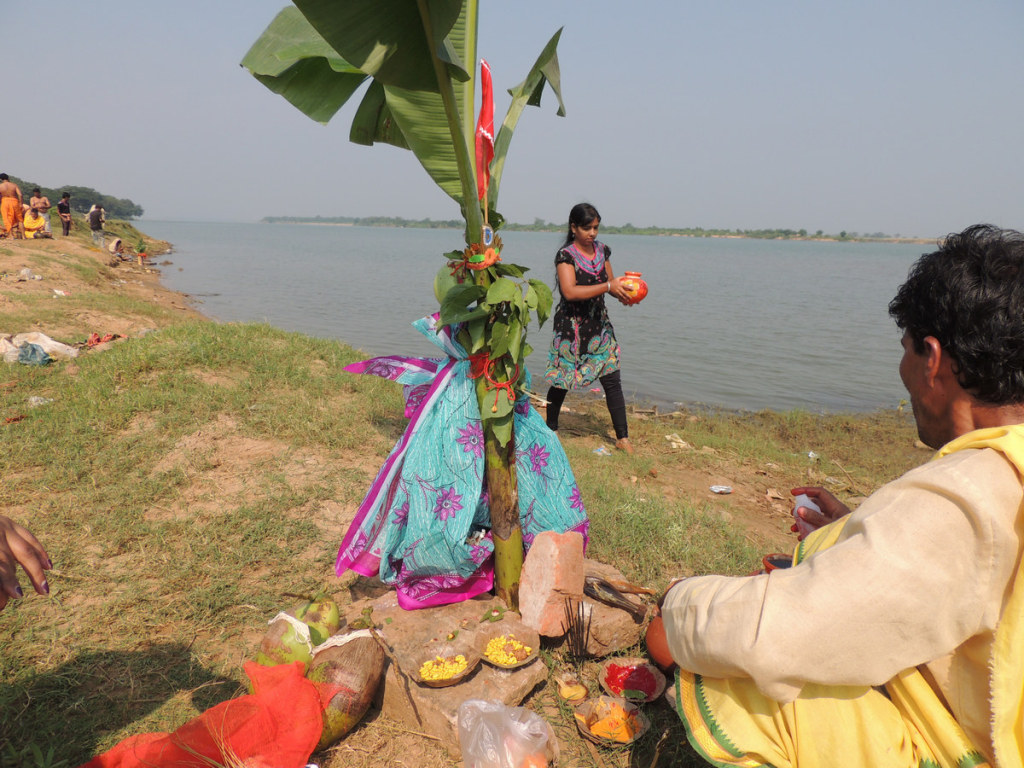 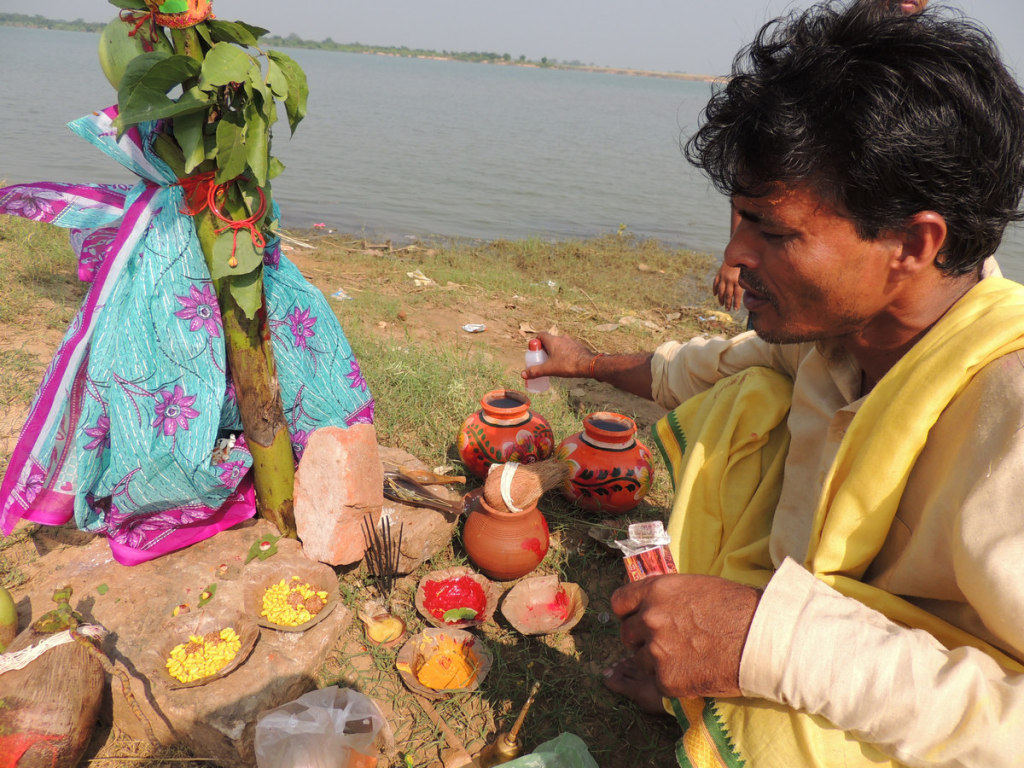 The other angle to it is that Godess Durga is said to come down to earth and ensure fertility in the form of the plantain stem. Whatever the reason India is never short of customs and rituals, don’t we enjoy the celebrations? After all life is indeed a celebration.

Have you witnessed any such customs?