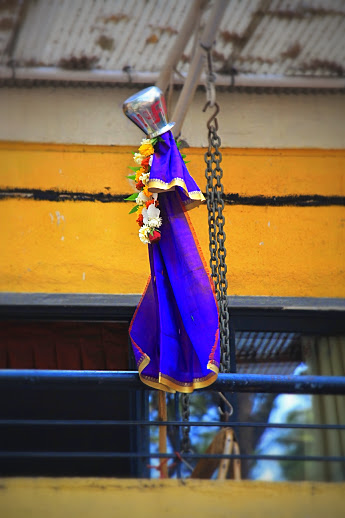 Gudi Padwa is the first day in a Maharashtrian calendar in the month of Chaitra Shuddha Pratipada. It is the New Year for the Maharashtrians and they do sure celebrate it with pomp and fervor. Early morning people wake up before sunrise and ensure the Gudi is erected in their courtyard or balcony in case they stay in flat.

A Gudi comprises of a stick with a colorful cloth, string of sugar crystals, neem leaves and a garland of flowers tied to it. An inverted copper pot is placed on top of it and prayers are offered to the almighty. The Gudi symbolizes the victory of good over bad. One of the theory states that the Gudi was erected after Lord Rama returned from his exile to Ayodhya, having slayed Ravan. Neem and jaggery is consumed and the ideology states that both happiness and sorrow should be accepted as part and parcel of life.

After having stayed in Pune, Maharashtra for my entire life I have seen this festival come and go year after year. This year I visited Durvankur on Gudi Padwa day to relish the Maharashtrian delicacies. Tucked in the heart of the Pune city at Sadashiv Peth, Tilak Road with its old world charm the dining hall specializes in Maharashtrian cuisine. 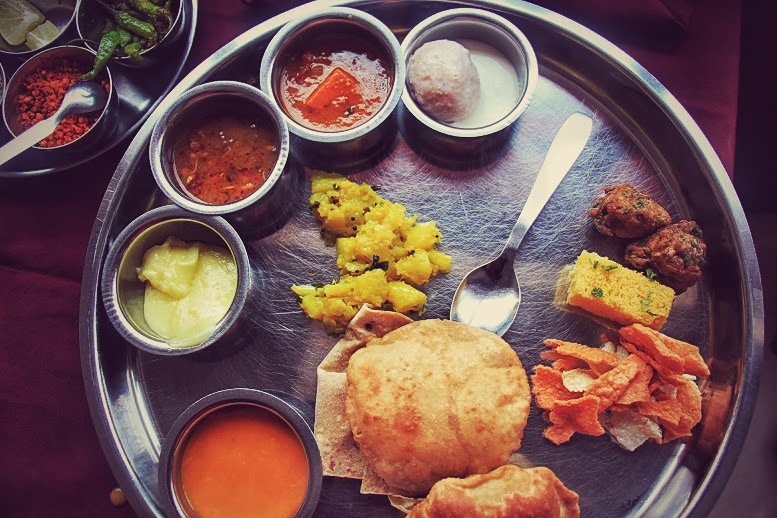 A Maharashtrian thali is nutritious and balanced. Usal a curry made of mung and matki (beans) sprouts, potato sabji, shrikhand (sweet made with strained yoghurt and sugar), aamras (mango pulp), paneer with Puran Poli (Indian bread filled with jaggery and lentils), Puri and Chappati. Some bhajis, crisps, Koshimbir ( Grated cucumber salad in Yoghurt) as accompaniments the meal at Durvankur is unlimited and elaborate with a large variety. There are various chutneys that add on to the flavour of the meal. 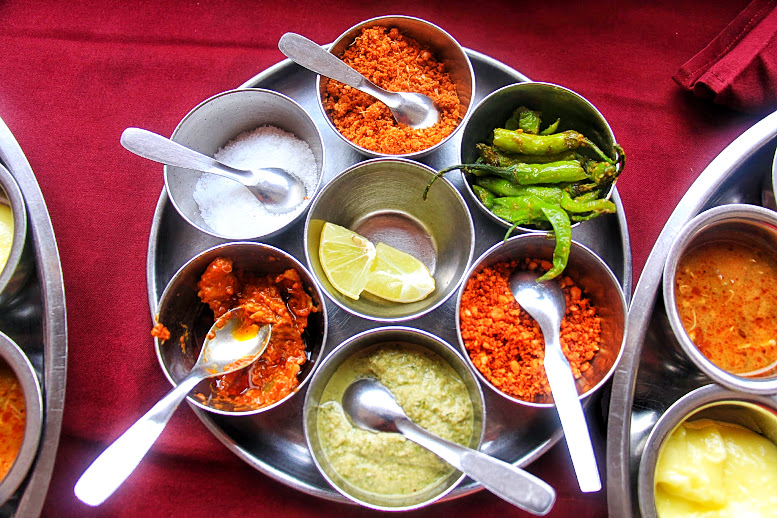 The next course consists of white rice with dal and a dash of ghee (clarified butter) followed by masala bhat (Masala Rice – one of my favorites). I emptied my plate completely and the best part was when I noticed the bill. It was 220 INR a plate and I had earned a discount of 20 INR as my plate was all clean with zero food wastage. Loved the concept of no food wastage in Durvankur Dining Hall. Well for one I never refuse a Maharashtrian meal that is simple and wholesome.

Here is wishing you all a Happy Gudi Padwa!