A mouthful of Pune 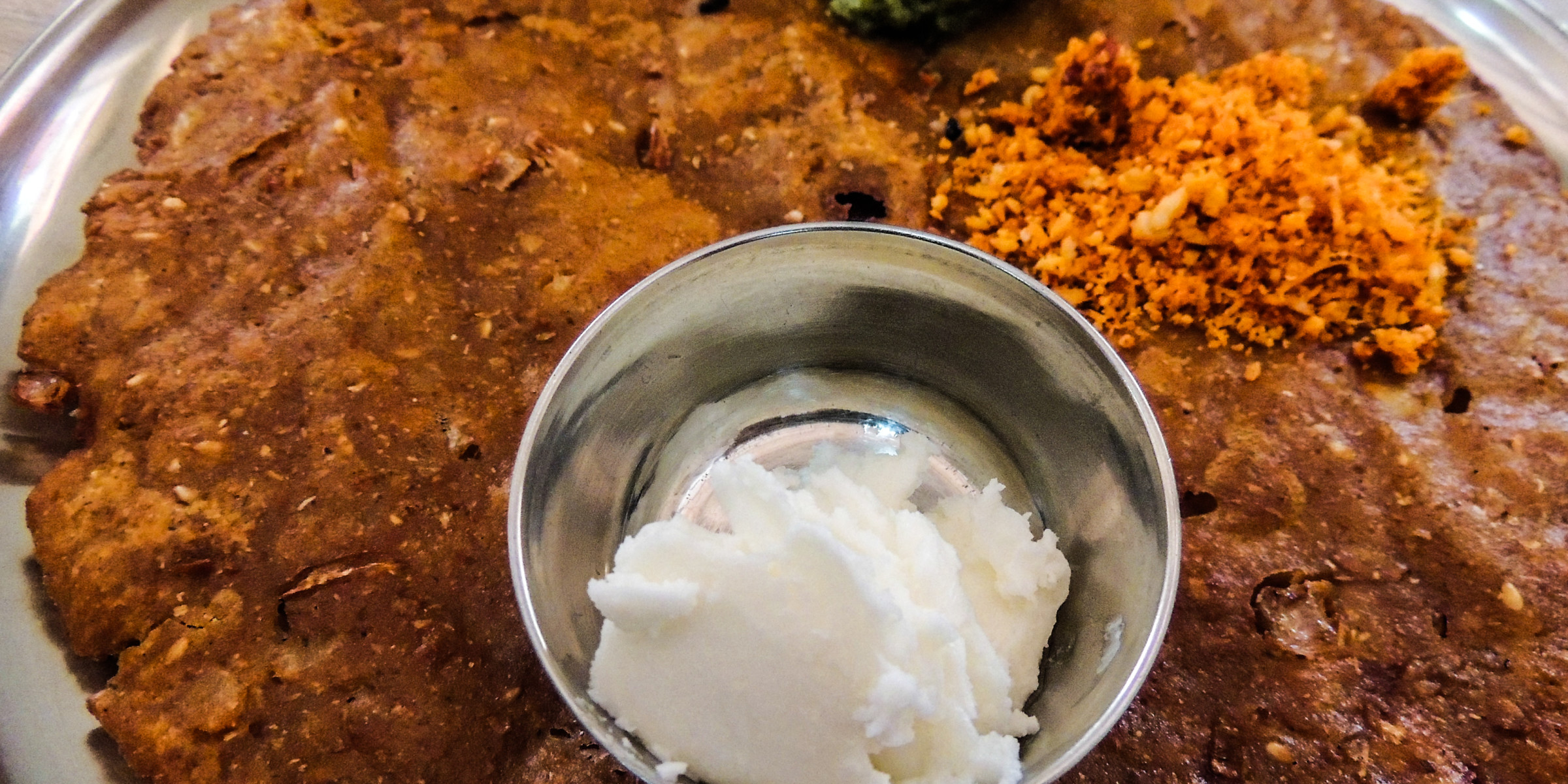 An edited version of the Pune food article was published in the November’15 issue of Citadel magazine.

In the heart of Pune city stand edifices that would transport you to the era of Shivaji Maharaj an Emperor in the seventeenth century and to the times of the Peshwas. The old city area has been categorically divided into Peths (settlements/localities) since the rule of the Maratha dynasty. The Wadas that hold the legacy and heritage of Maratha Empire stand tall across the streets. Wadas are one or two storied structures that house multiple families since the bygone times. 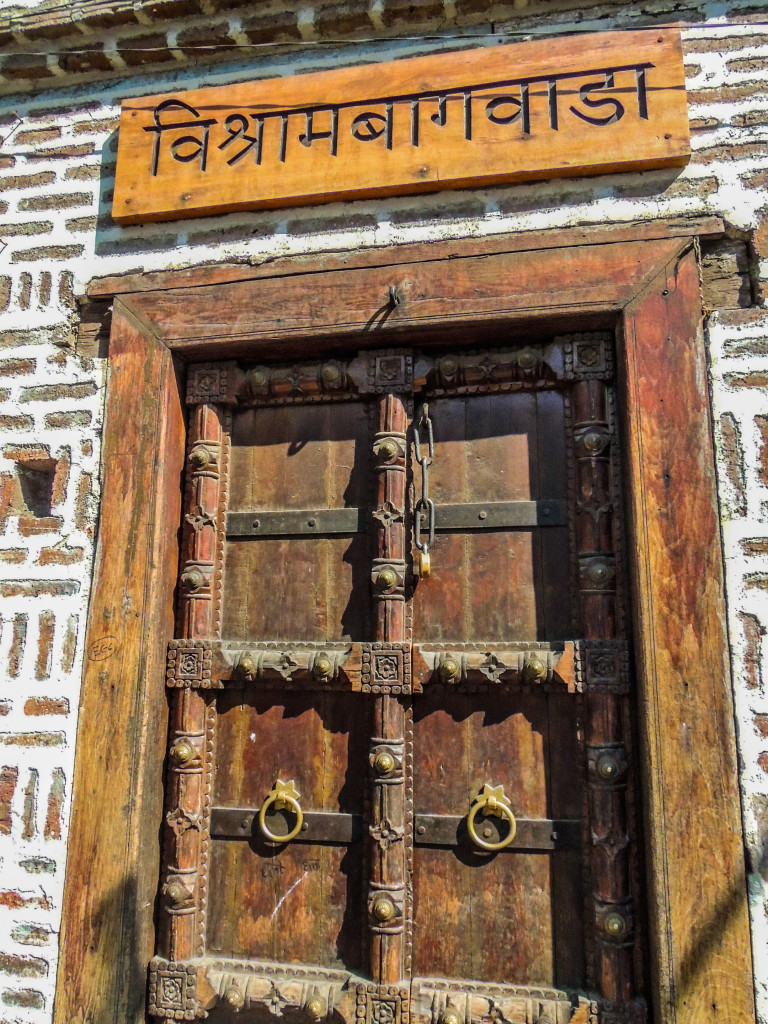 The legacy of the Maratha regime breathes in these localities. Pune which was originally the jagir of Shahaji Maharaj, father of Shivaji Maharaj was sometime back called Punyanagari or the city of virtue. The constructions have the old world charm and stand in stark contrast to the skyscrapers in the nearby burgeoning suburbs.

Each Peth has been named either in accordance to the days of the week or after a leader. Every Peth has its own significance and sells various goods like vegetables, earthen wares, copper and brass utensils, paper market, timber and clothes. The Peths are synonymous to the goods being sold there.

Tulsi Baug Street at Budhwar Peth is a shopping paradise for all the ladies in town. The shops here sell household items, jewelry, accessories and knick knacks. The lanes are always crowded at anytime of the day and it is very difficult to maneuver through them. There is a strange harmony in the cacophony of this place. The hawkers sell their goods, vendors walk across the street peddling chattels and the bevy of visitors is never ending.  Tucked in one of its lane is Shri Krishna Bhuvan an eatery operational since 1941. They specialize in Misal Pav a snack that is had by the common man any time of the day. The base consists of beaten rice, tomatoes, onion, boiled potatoes and savories. You then pour a curry made of coconut and flavors on to this base which is called sample in the local language. The spice levels can be regulated based on one’s interest. This dish is eaten with slices of bread that is called pav in Hindi. Misal is basically a mixture and can be prepared in various combinations. 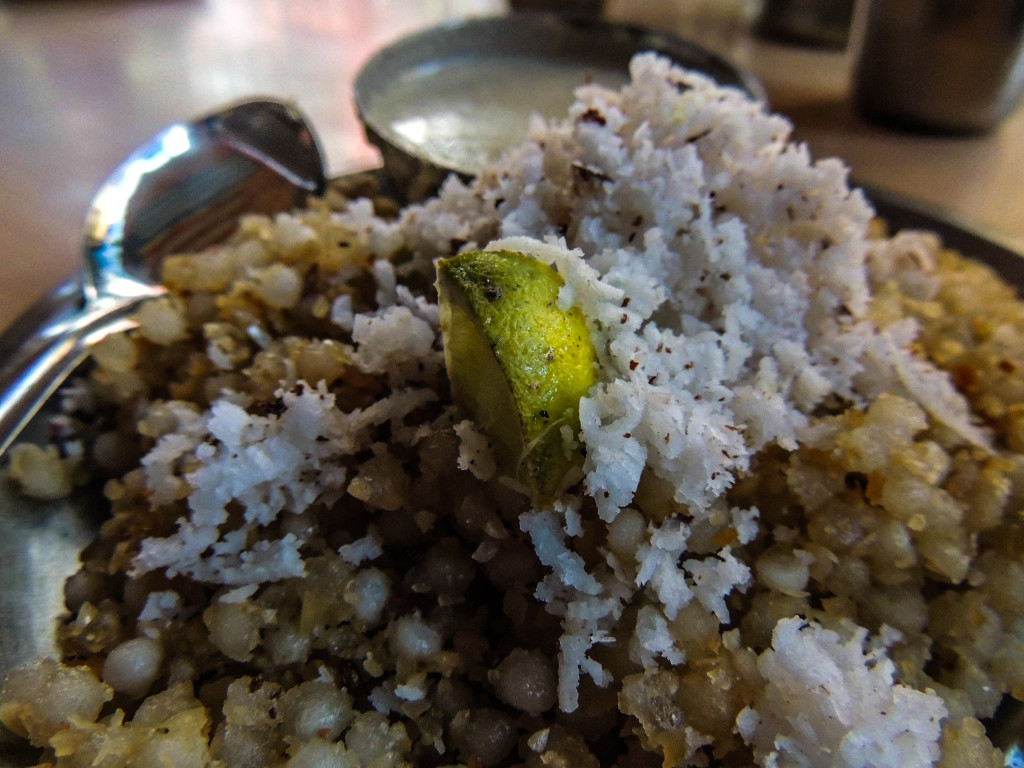 Around two hundred meters ahead is Sadashiv Peth where you can find the New Sweet Home restaurant famed for the sabudana kichadi a dish made of sago, chillies, cumin seeds and crushed peanuts. It is specifically had by the Maharashtrians when fasting. A liberal dose of grated coconut for garnish, it is best enjoyed with coconut chutney or curd. Matar Karanji a pasty stuffed with green peas is a snack regularly had by the locals. It is crispy in the outside and is a great accompaniment for tea or coffee. If you crave for something sweet you can dig into a Ladoo or Modak. Ladoo is a ball shaped sweet made of various ingredients like crushed peanuts, coconut and jaggery. Modaks are steamed dumplings stuffed with a mixture of jaggery and coconut. Both these dishes are part and parcel of the culinary cuisine of Pune and are made on festive occasions as well. 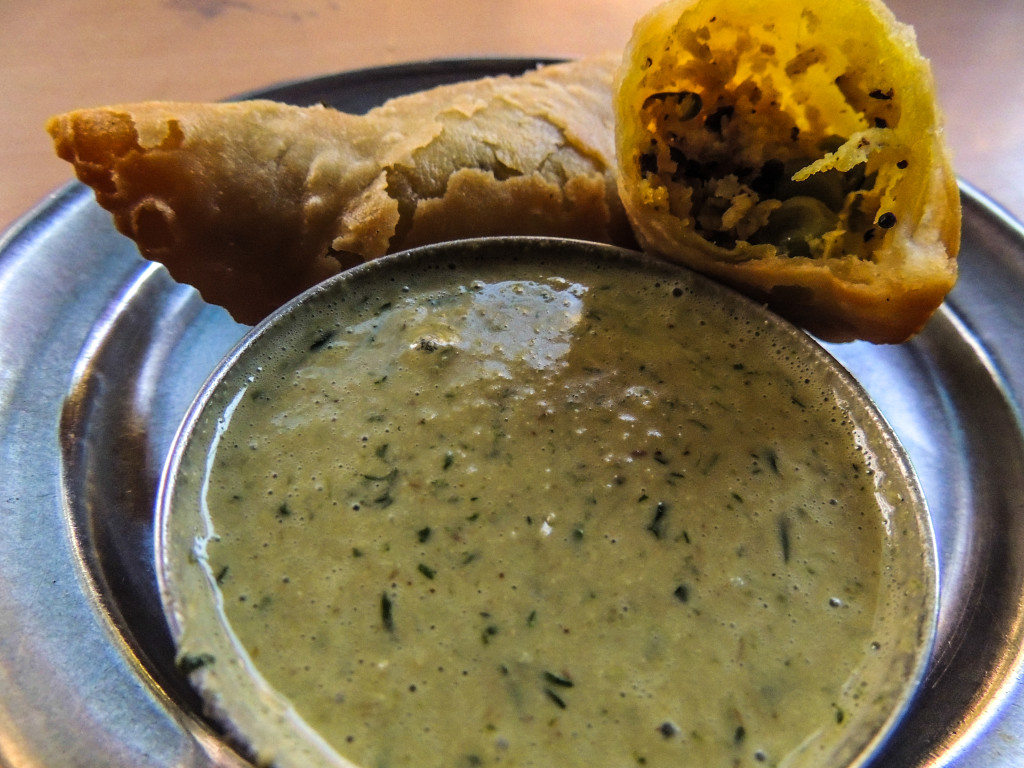 A stone’s throw away is Shukrawwar Peth well known for the Poona Guest House. This restaurant was started in 1935 and is located in one of the wadas. The top floor has a dormitory while the first floor houses the eatery. A great place for authentic Maharashtrian delicacies one shouldn’t miss their thalipeeth and dadpe pohe. Thalipeeth is multi-grain bread made of wheat, rice, sorghum, pearl millet with a dash of spices and onions. It is had with butter, groundnut chutney and thecha (spicy chutney made of garlic and green chillies). This Puneri bread is high on nutritional value and very filling. Dadpe Pohe is generally had for breakfast or as an evening snack. A quick fix, it is made of beaten rice, onions, green chillies, lemon and coconut. For the ones who are calorie conscious this is the dish they need to go for. 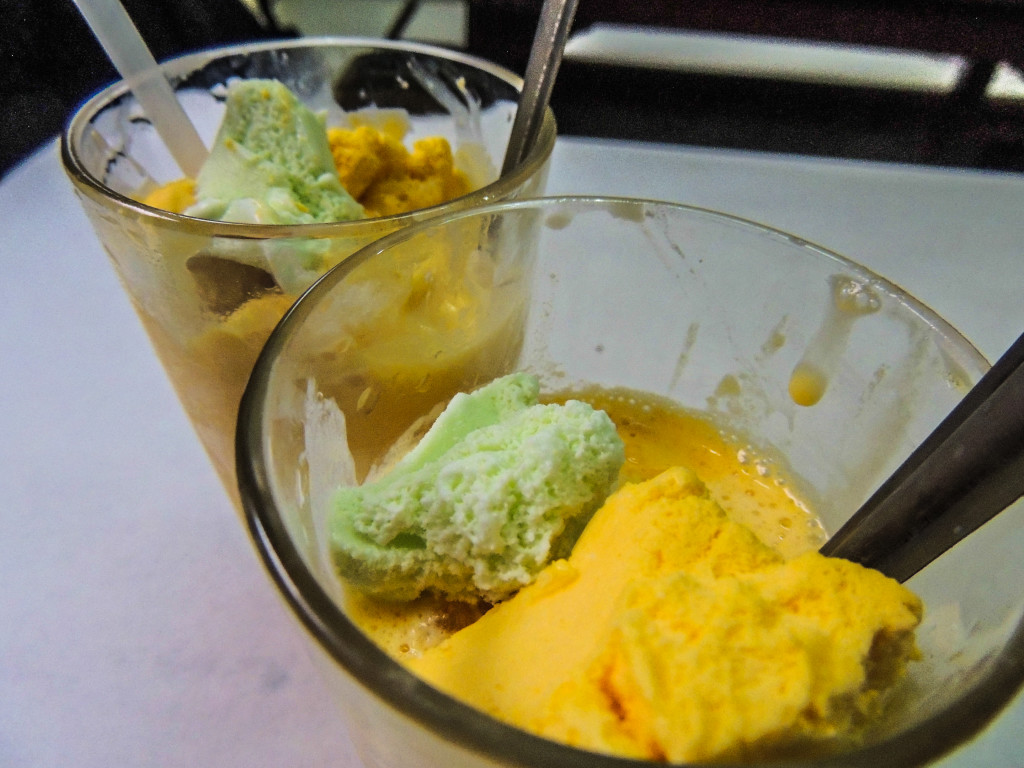 Mastani with dollops of ice cream

If you find the delicacies heavy wait until you gorge into the Mastani at The Cold Drink House in Budhwar Peth. This place dates back to 1923 and still retains the same old look. It dishes out the best Mastani in the city. Mastani is a drink made of flavored milk shake and dollops of ice cream. It titillates your senses and then slides down your throat with a heavenly feeling. The ice creams and the essences are prepared in-house. The restaurant sells around fifty four different varieties of Mastanis. The drink is named after Queen Mastani the well-known partner of Bajirao Peshwa. She was famous for her radiant beauty with peaches and pear skin. One can find her paintings adorning the walls of the outlet. 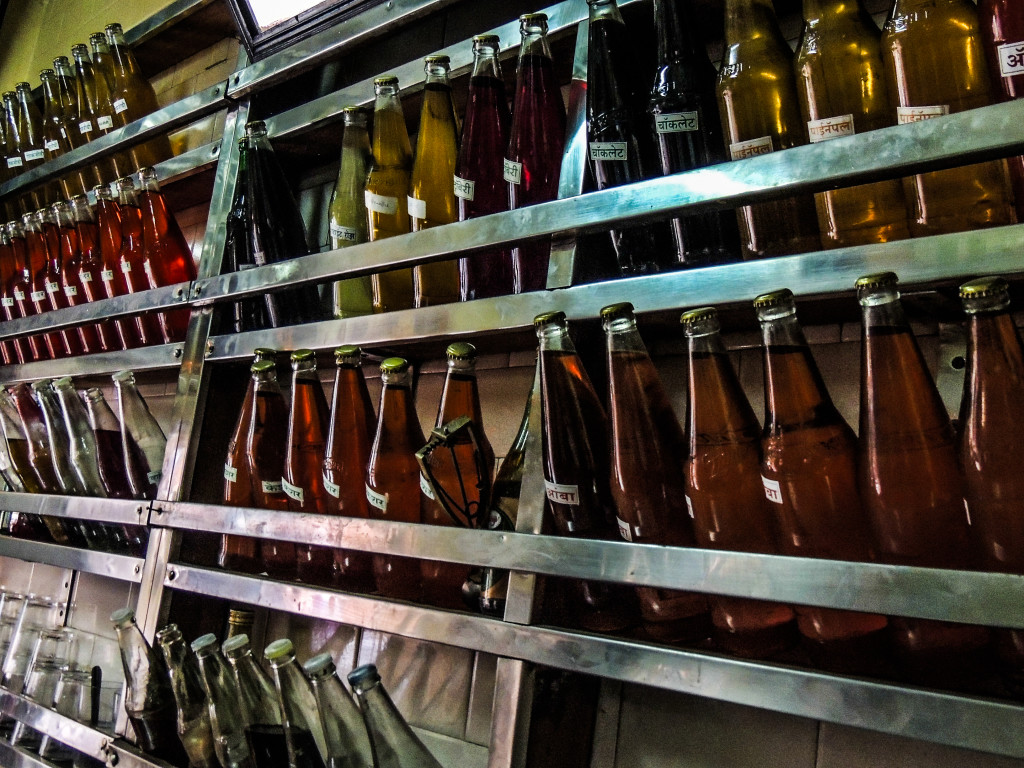 The Puneri cuisine is a gastronome’s delight and is a celebration of the senses that explode into a riot in your palate. A vast variety to offer it is soul filling and comes with a package of culture wrapped around it. Despite having seen growth and expansion Pune has ensured its legacy continues to breathe in its food. Do head to these joints for a culinary journey with a touch of history and the vintage effect.

4 Comments on “A mouthful of Pune”