Posted on September 8, 2013 by Rathina Sankari 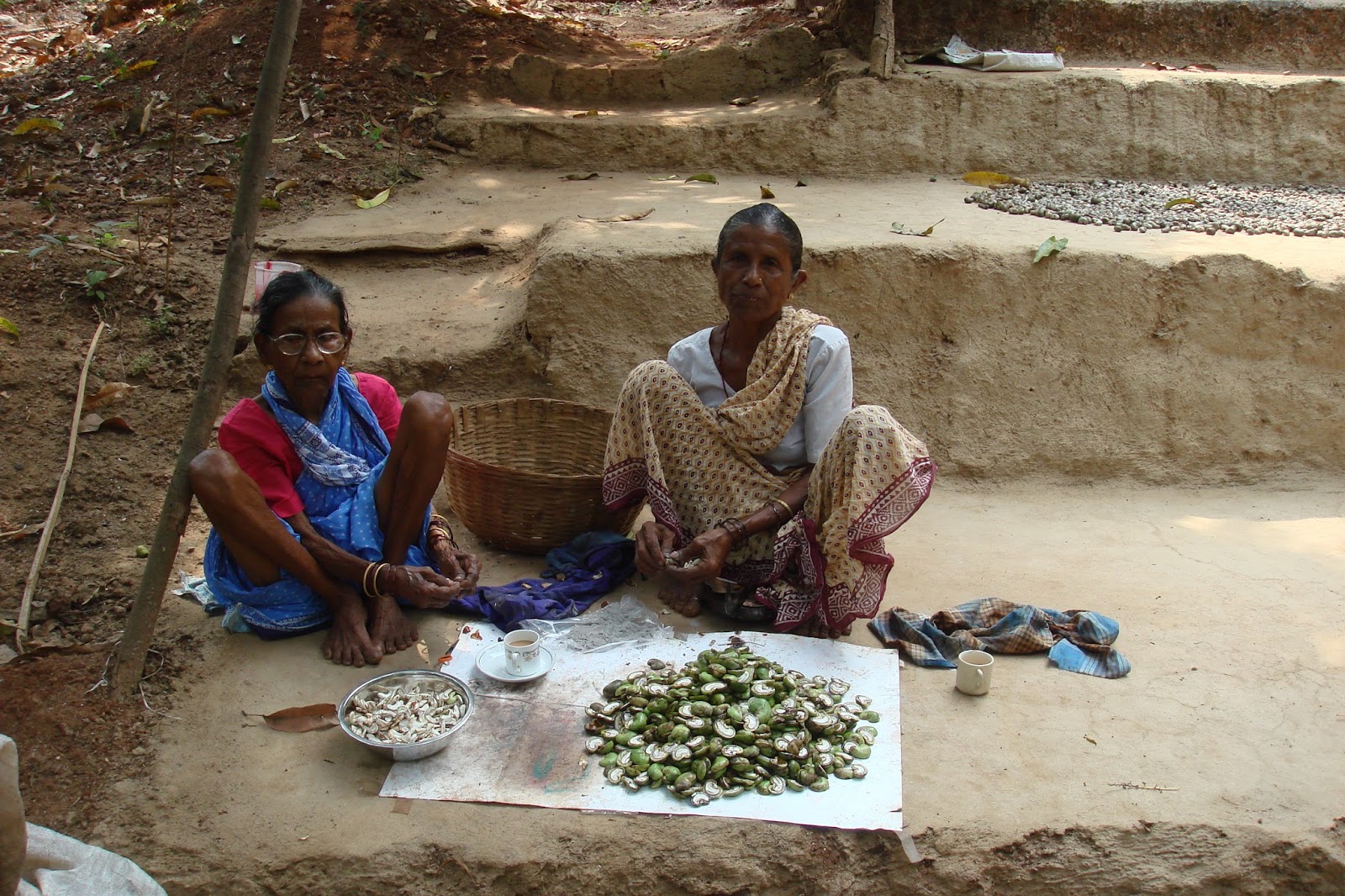 Hope you are doing well. I am sure as usual you would be well prepared for your forthcoming exams. My best wishes are always with you. Just yesterday I was thinking that soon you would be out of college. Now that you have spent two decades of your life in your academics I am sure you would have learnt a lot. You have always been well read and up to date with the latest happenings.

But this wouldn’t be enough or rather complete. I would want you to experience it rather than just reading it. You should be exploring the facets of life that you have heard or read. True books are the windows to the world that we cannot see completely. They give us a view and let us imagine but you get to feel it only when you sink into its real surroundings.
When you are home during your vacation I would want to take you to a place that holds close to my heart. It’s a hamlet in Konkan called Harnai. I have visited it years back when I was expecting you and in my second trimester. 🙂  By now you would be well aware of the restless soul in me. It was a similar case during those days when I had got bored with the mundane daily routine of office and home. Your brother had travelled with his grandparents to our hometown and it was just the two of us or should I say three? I persuaded your father for a trip during the long weekend. He was quite reluctant as he didn’t want to take any risk considering my condition. But I won thumbs up and there we were in our faithful Santro heading towards the Western Ghats one fine morning. 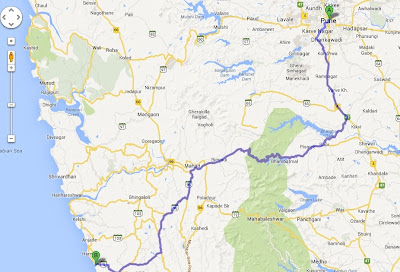 We took the Bhor – Varanda – Mahad route towards Dapoli and given my condition your father wasn’t in a rush. He ensured it was smooth and less bumpy. We reached in around 5 and half hours.

As soon as I entered this sleepy town I was in for a surprise, it was way different to the other Konkan villages that I had visited. Before leaving Pune I had managed to get an accommodation after a long search online. It was a home stay and after a discussion of around 5 minutes over phone I got to know the toilet wasn’t attached, rather outside the house. Considering it needn’t be shared I was fine with it. As soon as we reached Harnai we enquired with the locals for directions to reach the homestay.  As I alighted from the car I was amused, for a moment shocked.

The stay was in the fishermen’s colony and the smell of fish hung heavily in the air. I had started to have non vegetarian after a good long twelve years so it wasn’t that I wasn’t used to the smell of fish. But then I had never ever imagined to stay with the fishermen community and wondered if they would be decent and well mannered. I was skeptical of their behavior towards us. As we walked down the lane, led by a lady in a typical Koli (fishmonger) outfit I was wary of the eyes following us.

Koli men sat in groups smoking beedi and mending the net. The house itself comprised of two rooms. The living room turned into a bedroom during the night. The other room was more of a store room cum bath. The bath was of the typical olden day’s style. It had a waist high wall surrounding all sides and a small stool to perch yourself whilst taking a bath. As she tried to make us comfortable in the house your father found it difficult to understand her dialect. It wasn’t pure Marathi but an amalgamation of the local language Konkani.
She stayed in the house beside ours. The houses had a common wall. She offered us a cup of tea and inquired our lunch and dinner plan. We voted for fish curry and fry. Within a short span she managed to dish it out. I would say it was a visual and gastronomic treat. Though she couldn’t figure out the sol kadi that I kept reiterating I was happy with what was offered in my plate and soon tucked the last piece in.

I got to know her husband owned one of those bigger boats that set out into the sea fishing for days together. It was one of those nights when the boat would set sail for its catch. She was busy cooking and ensuring all the supplies were available to be stocked. At the same time she was wary of the safety of the men on board. The sea was their God and they prayed for the men’s well-being and a bounty catch.

We left her with her preparations and headed towards the Kadhyawarcha Ganpati temple at Anjarle. This temple is located on a cliff and the route was narrow. The road snaked up and down the hill and gave a bird’s eye view of Harnai and Murud beach.

We paid our respect to the elephant headed deity and then drove towards Keshavraj temple. En route I quenched myself with the scenic beauty of this land. Cashew nut, betel nut, jackfruit and mango trees lined the road.

A state transport bus approached us from the opposite direction. As the roads were narrow your father had to take a reverse and park the car to the side. Well there was a slight miss in his judgment and the left rear wheel slipped into a gap between the hill and the road. He tried to get it out of the pit by pushing the pedal but the car refused to budge.

We were at loss and also out of ideas. He stepped out to examine the situation. I sat in the car and looked around for help. The bus had moved ahead and there was no single soul visible in my vision. Just when we had lost all hopes out of nowhere I saw three pairs of inquisitive eyes staring at us. They were actually stooped and working in the fields nearby which was the reason I couldn’t see them earlier. They walked towards the car and checked if we needed any help. Each person wore a dhoti around their waist. Their torsos were bare and sweat tickled down their chest. They lined up behind the car, bent down and lifted the car from the pit with me in it. I was awe struck. They had lifted it effortlessly with not a single syllable off their mouth. Each had a toned abdomen that hadn’t been worked upon in a gymnasium but in the sweltering heat of the open fields. Thanking them profusely we headed towards the temple and later to the beach to witness the beautiful sunset. 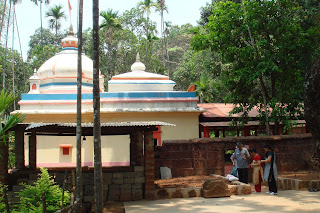 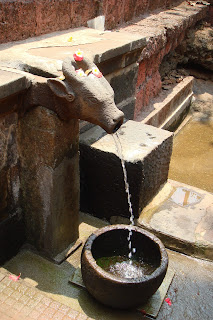 Kavya, I can say sitting there for hours together and gazing at infinity you feel relaxed and free of all the mundane pressure and issues of life. You ought to witness it to feel it. The calm and soothing feeling just eases and drains out every ounce of weariness. I couldn’t have asked for more.

I stayed in this beautiful place for two days and enjoyed every bit of it. I found that the uneducated fishermen community was knowledgeable on many aspects that we weren’t aware of. They had the humanity in them to help and care for others that we seemed to have lost in the burgeoning city life. These people lead a simple, no frills life yet they are content with it.

Though you have seen this place through my eyes I would want you to visit it and relive every moment through your own eyes. Get connected to your inner self. 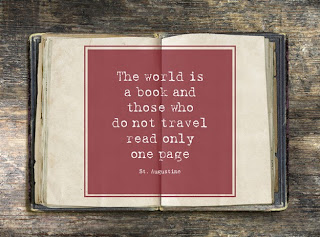 ← My initial impressions of Kochi
Run down the olfactory lane →
Tweet