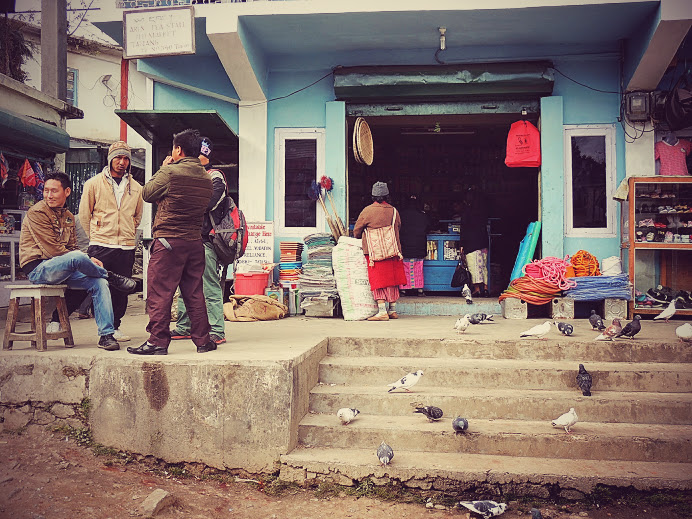 I love to visit markets whenever I visit any new place. It gives a great insight to the produce of the region, local food and the culture of the region. The cacophony, noise and the smell is intriguing and interesting. When I visited Tawang, Arunachal Pradesh well known for its monastery which is the second largest in Asia and largest in India I was keen to explore its markets.

It was evening when I walked through the Tawang Market. It had started to get chilly with the passage of time. I noticed the locals selling various vegetables, fruits which are characteristic to this region. 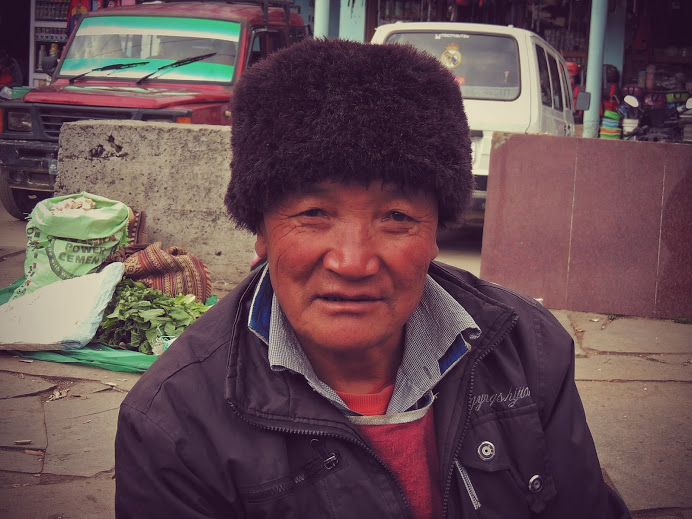 Check the green  discs tied together in the photo below these are found on the stones by the river bed and are cooked and had in the meals. 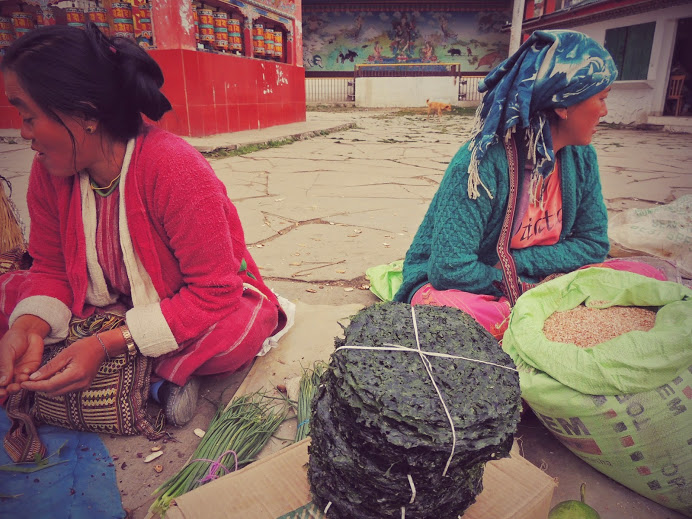 The churpi is cheese made of Yak’s milk and is generally had like a chewing gum. It has a milky texture to it. There are two variants of the churpi one is very hard and the other one is less hard. 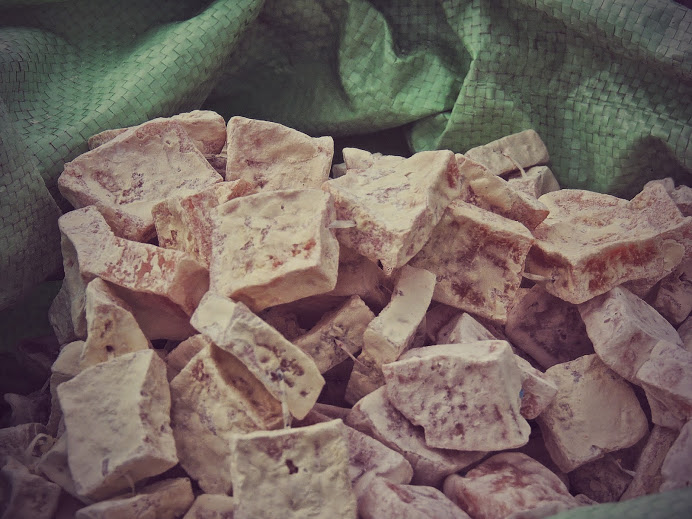 As I walked through the market I found the hard working lot of the women community selling goods with infants tied to their back. Some were selling corn while others were selling fruits like kiwi. The women of Arunachal Pradesh are a hardworking lot who are mostly seen knitting, selling, breaking stones to build roads, washing utensils or cooking with a child tied around their back. I rarely saw them idle. 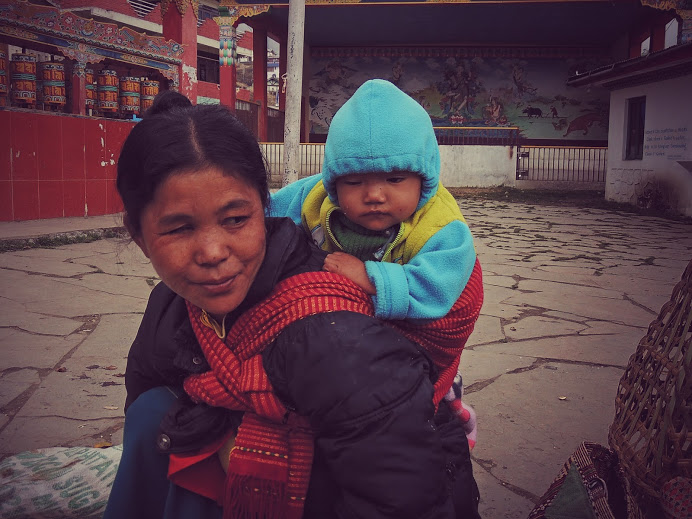 Mother and child in Tawang Market

A small shack in the market of Tawang served piping hot momos with various dips and a vegetable soup for Rs. 50 which was indeed a steal. 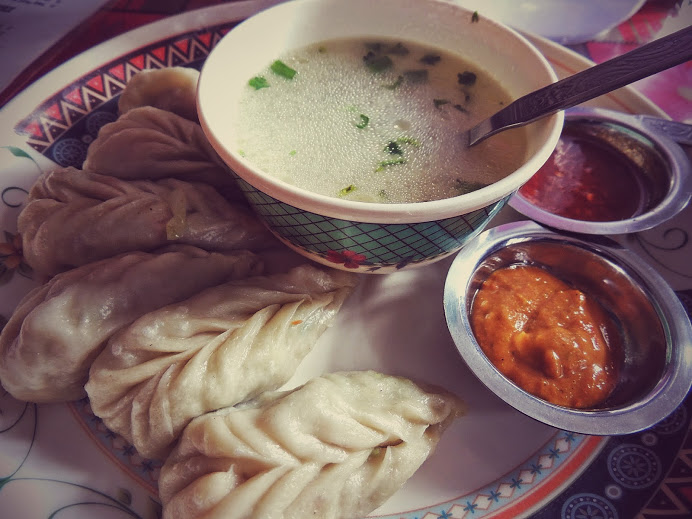 There were numerous shops selling shoes, jackets, woolen wear, ming vases, carpets etc. Tawang Market was an interesting place to spend time I wish I had more time to explore this happening place.