Posted on October 9, 2017 by Rathina Sankari 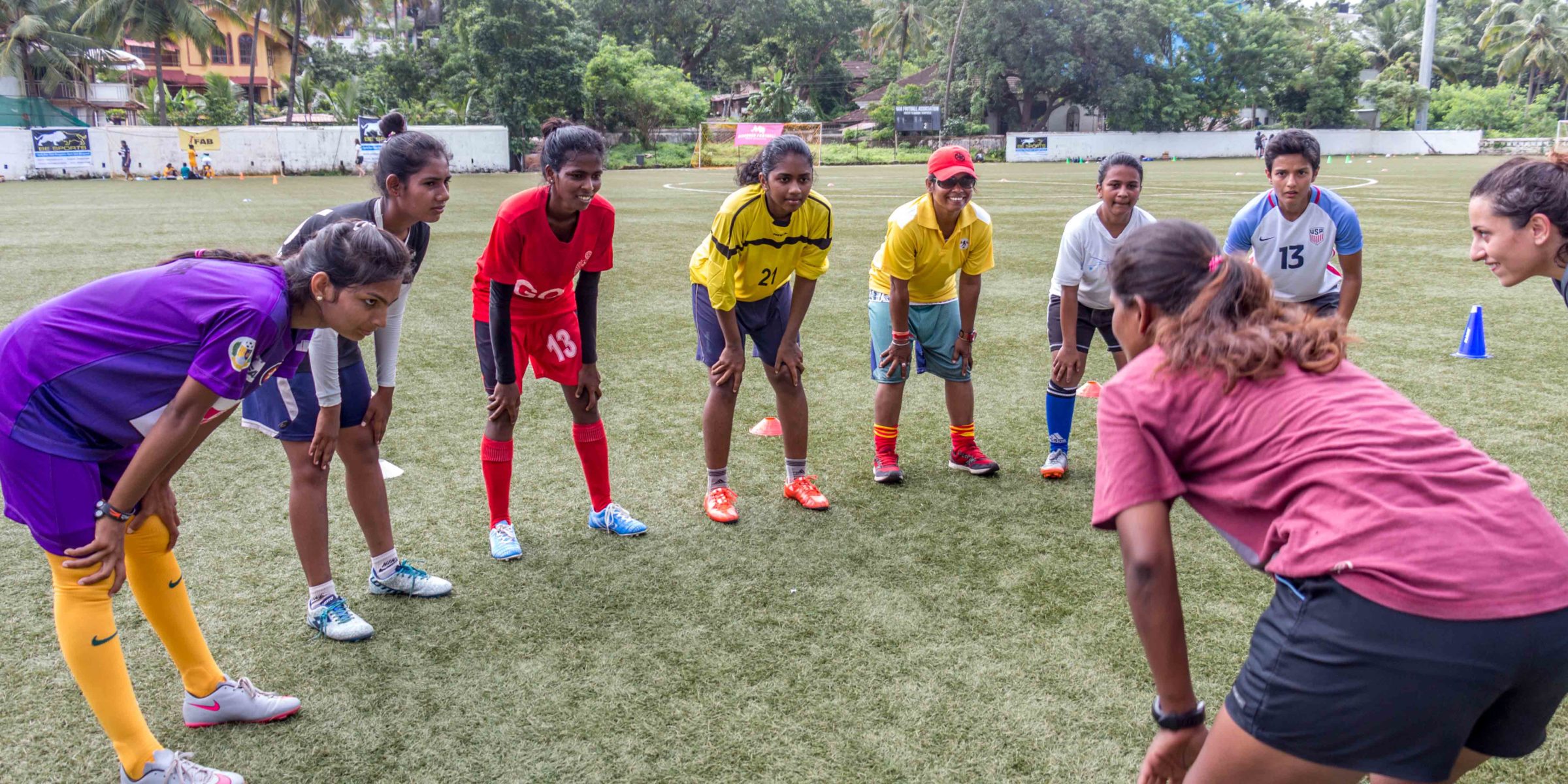 The rains and the humid weather of Goa didn’t deter the spirit of the girls who had travelled from across India to play friendly football matches at the Duler Football Stadium in August 2017. They were upbeat and kicked up to learn new techniques from international coaches, make new friends and of course Bend it like Beckham. It was a week-long football festival organized by Discover Football with friendly matches and workshops for the girls who were determined to get the most out of this event.

But the journey of most of these girls into the world of football hadn’t been an easy ride.  21 year old Harpreet Kaur from Rurka Kalan a village in the state of Punjab says, “Girls in our region are not even allowed to step out of home, playing football was a far fledged dream.  The first time that I played we were three girls amongst a group of men. I still wonder how I played with them.” Wearing shorts is considered a taboo and we were looked down by the villagers. Fondly called Happy by her friends she joined the Youth Football Club (YFC), a non-profit social organization which aims at uplifting underprivileged children from the villages of Punjab. This has been possible for the group by adopting schools, providing education, football coaching and conducting life skill workshops. Happy lost her parents as a young child. With support from YFC, she completed her education and was introduced to football in 2014. Today she teaches in a school near her home various subjects including football. Her paternal grandmother disapproves of her interest in the sport but as her elder sister supports her she continues to play her favourite game. 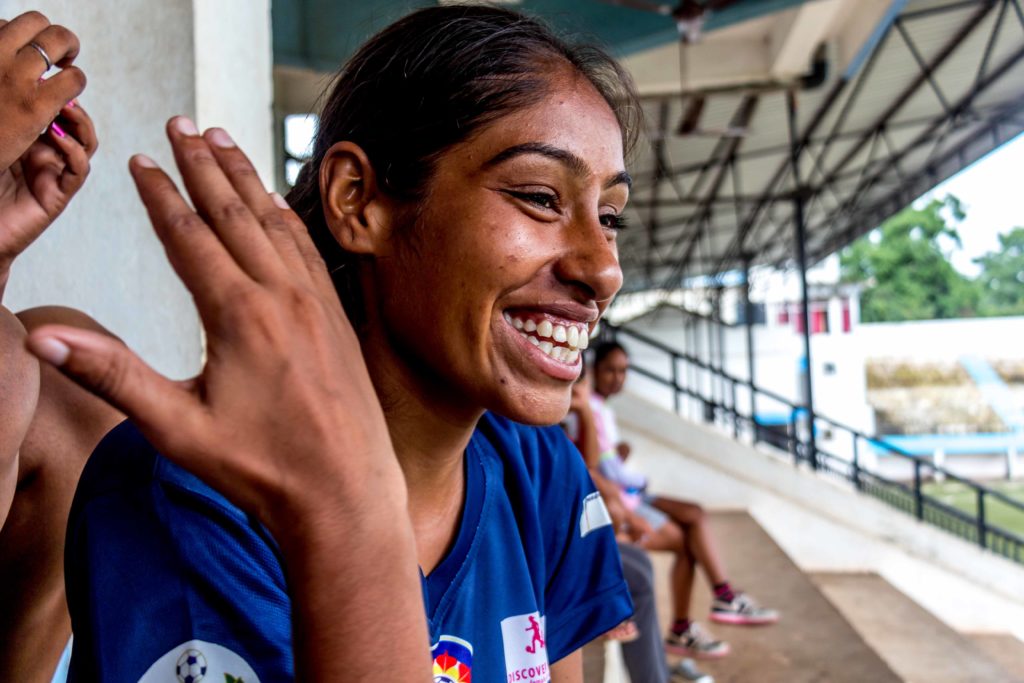 “Now there is no fear. I am sure I can handle any situation. There is this confidence that we have gained through football which has brought in a positive change in us girls. There is pressure to get married but I want to continue playing even after my marriage,” says Happy.

Women in India specifically in the rural areas have been facing gender inequality, health and education and literacy issues since long. In the recent years few organisations across India have been working for a cause to empower women by means of Football. 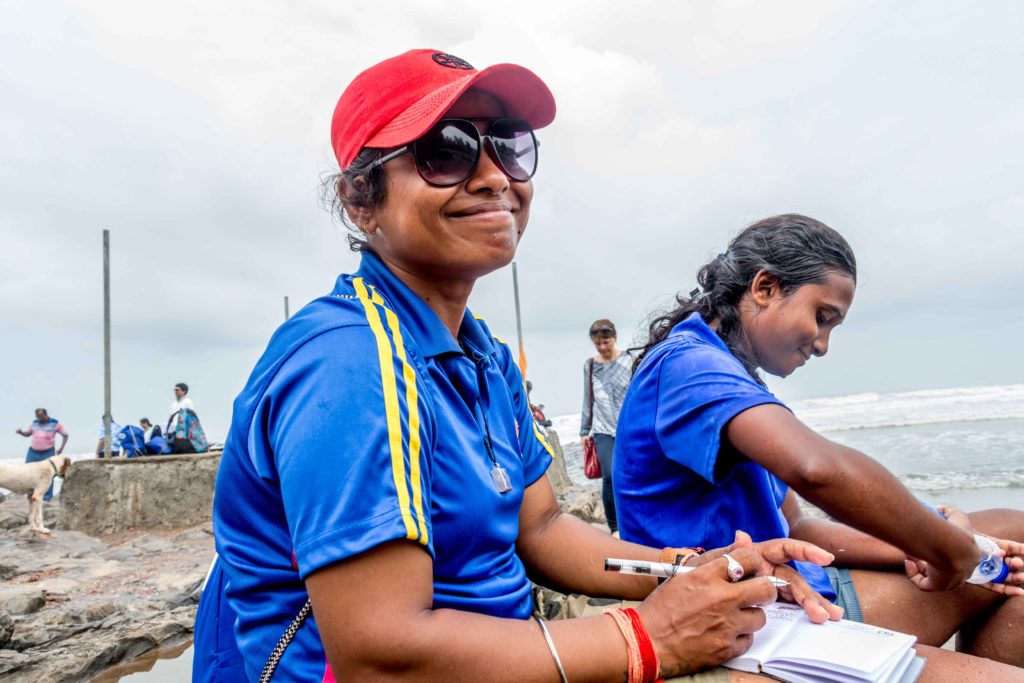 27 year old Jalpana Paul is a game changer. Hailing from the Naxal infested Malkangiri district in Orissa she won the CNN IBN Real Heroes Award in 2009. India’s prominent football player Baichung Bhutia calls her a rarity and a hero. Born into an impoverished family, she was asked to stop her education when in Class 9. The hunger to learn saw her working in fields and binding beedis (thin hand rolled cigarettes) to fund her education. Despite the gender disparity, Kalpana fought against all odds to fuel her passion to play.  She played football and cricket with her brother and his friends. At 15 she started motivating the girls in her district to join her in the game. It was no mean feat as convincing their parents was a herculean task. Today apart from teaching in a government school, she continues to train the girls in her district and wants to ensure none of them are deprived of their basic rights to sports. 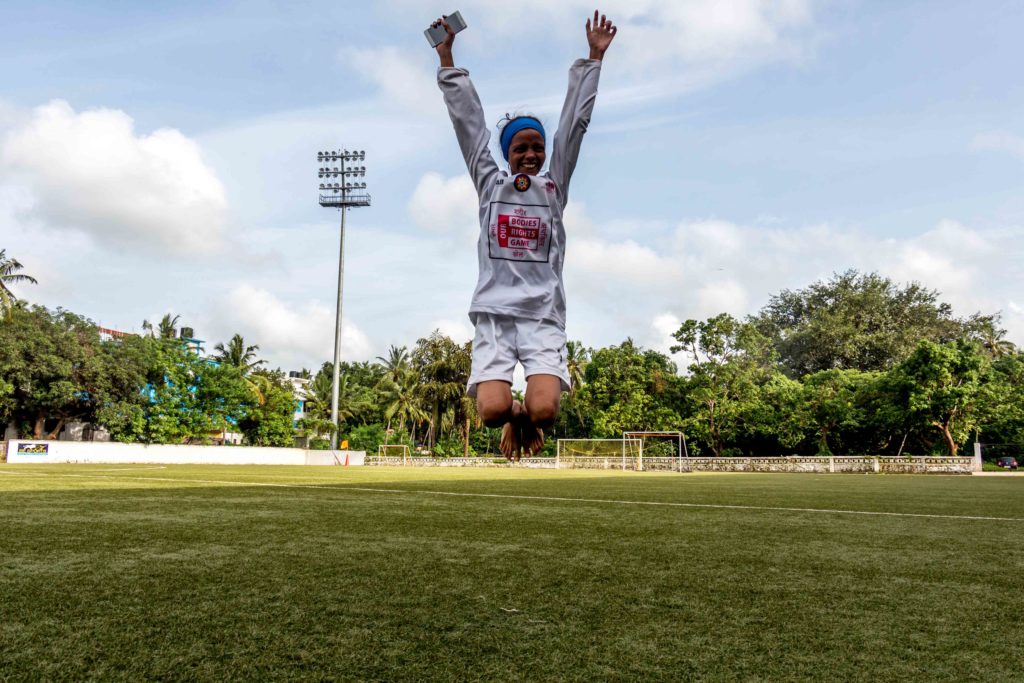 Sheikh Shabnam Rabbani a high spirited girl from the suburbs of Mumbra in Mumbai got associated with football when in Class 8 through Parcham Collective.  Parcham is aimed towards creating a just and equal society by empowering marginalized communities.  She and the girls from her school enthusiastically enrolled for football classes when a representative from Parcham approached them. “25 girls enrolled, but it was just a handful who finally continued playing. Parents of most girls objected to it, so despite the interest they couldn’t pursue their passion,” says Shabnam.  Local boys and men ogled, passed comments at them. Her friend’s mother chided, “Have you any shame playing like boys without covering your head with a dupatta?”  (Dupatta is a long piece of cloth used by girls and women to cover head, neck and chest) But Shabnam ignored the taunts, rebukes and continues to play today at 17. She says, “Football isn’t a game for me, it’s a dance. I dance like crazy on the ground. Through Parcham I have got an opportunity to play this game. We even have access to a football ground now.” 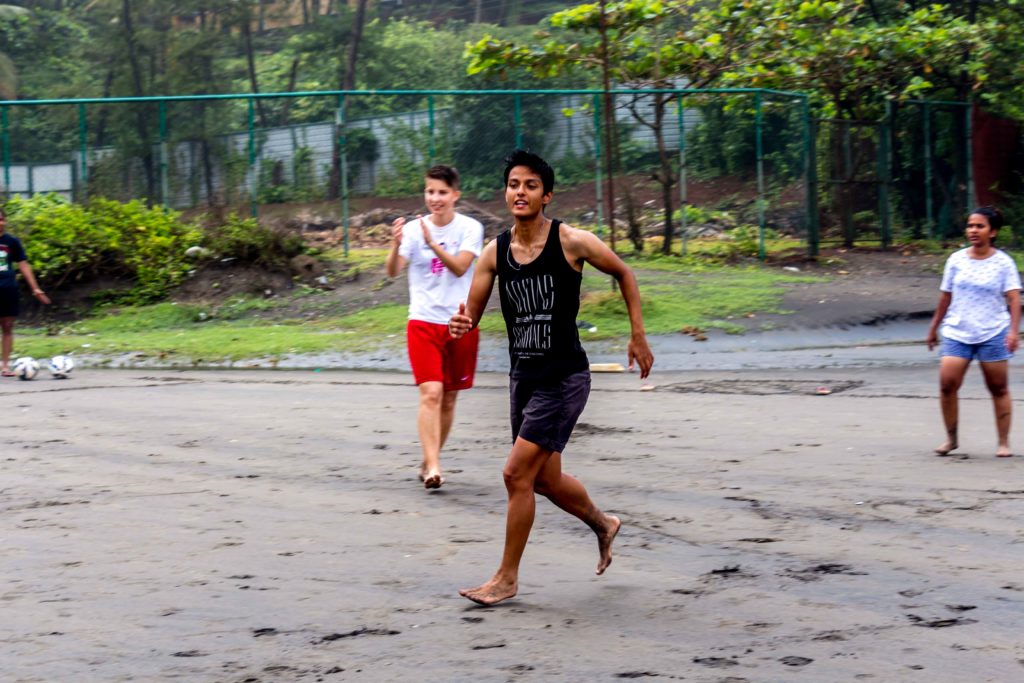 Delhi based Jyoti Burrett is of the opinion football has given her everything in life.  After playing with her brother and his friends she went ahead to play for the Delhi State Football Team.  That was when she realised playing football was her calling in life. She decided to do her Masters in Sports Science at University of Exeter, United Kingdom. Here she gained formal football training and played for the University Team. After returning home she got selected in the Indian football team and continues to play for the Delhi state team. Jyoti, one of the faces of the Nike Da Da Ding video realised that girls like her who longed to play with likeminded girls needed access to the game. “They had to either play with boys or let go off their dream. Also most grounds in Delhi are allocated to boy’s football academies and clubs. Women are not given admission and the rates are staggering. Coaches aren’t interested to coach women’s team,” complained Jyoti. So she and few other girls got together and floated the Delhi Women’s Football Players Welfare Association. Finally after knocking numerous bureaucratic doors they were given space at Navyug School in Sarojini Nagar free of cost. Today girls from all across Delhi play at Navyug and some are even playing for the under 19 women’s state football team.

While gender bias has long existed in the world these are stories of few of the many heroes trying to bring a difference in their life by fighting the social issue through the game. These girls and their organisations are bringing in a movement to empower girls in India by means of the sport. It’s a spark that needs to grow into a fire to mobilise girls to realise their worth, talent and last but not the least their rights. This is just the tip of the iceberg.