The Colors of Life 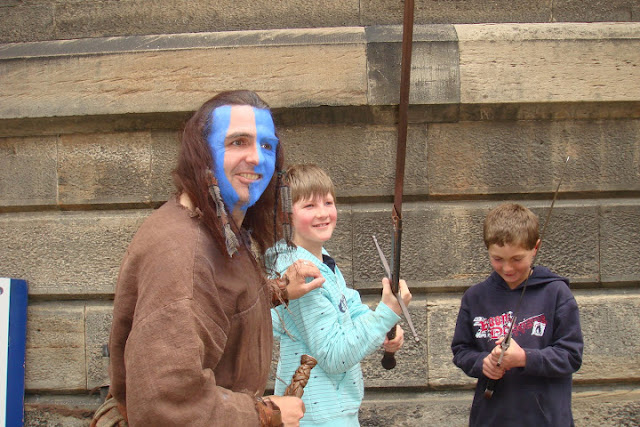 Life for me is a splash of colours in varied hues that depict the moods and emotions. Imagine a life without colors doesn’t it sound dull? Its these colors that bring in flavors to our feelings be it happiness, anxiety, hope, sadness, love, despair etc. that brings in a catharsis in our life.
India is a country where colors are the way of life. We see these splashes in the festivals that one could term as Celebrating Life. When I stumbled on to Travel Supermarket’s contest it meant reliving the beautiful moments that I have experienced and each shade exemplifies an emotion in itself.

BLUE – COURAGE
We took the one day bus tour from Glasgow to  Loch Ness, Highlands etc. The guide for this tour was a Scottish man who was also our bus driver. He had a heavy Scottish Gaelic accent and was a man proud of his origin, roots and history of Scotland. A strong admirer of William Wallace the Brave heart Scottish warrior who fought against the English in pursuit of Scottish Independence. During the whole journey he kept advocating this war hero’s struggles and deeds of valor. When we reached Edinburgh we were in for a surprise as it was the Edinburgh festival season and a carnival of individuals dressed in colorful attires walked through the cobbled streets. But what caught my eye was this man dressed as the valiant William Wallace painted in blue with a broad smile on his face waving to the crowd.

In most souvenir shops in Edinburgh and Glasgow I found beautiful figurines of William Wallace with a sword in his hand.
GREEN – CALM
Green is the color of serenity. The first thing that strikes me is endless meadows with lush green bushes and plants. One such place that I visited was Valparai a Virgin Hill station in Tamilnadu, India. It is untouched, unscathed and free from commercial exploits. Its heaven on earth with greenery all around you. There are tea plantations for miles galore soothing to the eyes. It was indeed an eye tonic. My trip to this beautiful place has been penned at In the Lap of Nature.

As I landed for the first time in London’s Heathrow Airport I was greeted with noise, commotion and a long queue at the Immigration counter. After an hour’s wait I was done with it and moved my way to collect the luggage. I and my colleague were on an official trip to the City of Dreams. The next challenge that we had was to call a Priya from our company and inform her of our arrival. She had the keys to the temporary accommodation that our company had provided us for few days. We called her from the airport phone booth which went unanswered. It was late in the night and we thought it would be better if we made our way to the apartment.  We stepped outside the airport and reached the taxi stand. An old man in his fifties greeted us and loaded our bags into the cab. It was the traditional black London taxi with a splash of bright yellow. As we traversed through the city in the middle of night with half baked address and without the house keys this good old Samaritan made frequent calls from his cell phone to the lady whom we had been desperately trying to reach. After numerous attempts he finally got her on the line. She was outside, seemed like in a party the music blaring at the background conveyed it and Yes she didn’t have the keys. Someone else did who would  hand it to us in an hour or two. It seemed like it would be a long day. Also the address given to us was wrong and the mystery madam didn’t seem to know it either.

But the cabbie didn’t leave us halfway he ensured he dropped us at the right place after a whiles hopping hither thither. In an unknown country where my own fellow countrywoman didn’t turn out for help this Johnny on the spot was our savior for that night. Hats off to him!!
WHITE – LOVE
Whenever I look at the Taj Mahal the white domed mosque a monument that is an architecture’s delight, it reminds me of the ethereal love that Emperor Shah Jahan had for his wife Mumtaz. This mausoleum was built by Shah Jahan in the loving memory of his beloved partner. It is made of white marble and has strong influences of Indo Islamic architecture. This UNESCO World heritage site is house to the graves of the couple. The Taj has its own beauty and allure at any time of the day. She changes colors from white to scarlet red, grey to cream as the sun rises and sets. From whichever angle you see she seems to be a mystery that unravels a new story.

What intrigued me was this view from the Agra Fort where Emperor Shah Jahan was kept under house arrest by his own son Aurangzeb for eight long years. It is told he would watch this masterpiece from the fort and lived the last days of his life in the memory of his wife. Undoubtedly its a tear drop in the face of eternity as told by Rabindranath Tagore.
RED – MYSTERY
Red for me has always been an enigma, an aura of mysticism surrounding. As I reached the Buckingham Palace gates I saw this lonely Queen’s Guard with a red tunic and large bear skin headgear. He looked more of a statue than a human being as he stood still with no movement and nothing showing off his face.

There was this perplexed feeling of unknown secrets hidden behind that mask, true to the royal spirit. Pity I couldn’t catch the change of guard sequence.

As per the contest rules I am nominating the listed bloggers though anyone could enter the contest. Best Wishes to All.
Sabyasachi Patra

← Skywatch – The soaring Kutub Minar on a sunny day
When is my Birthday? →
Tweet

2 Comments on “The Colors of Life”